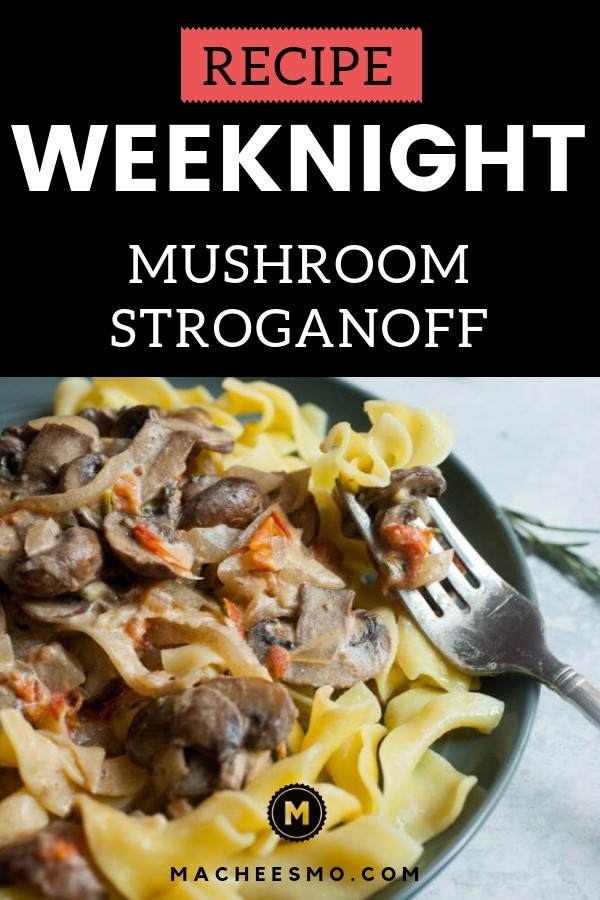 This Weeknight Mushroom Stroganoff is the exact kind of recipe I send people when they say that cooking at home is hard, takes time, and is expensive. This recipe is exactly none of those things and it’ll leave you with a comforting bowl of pasta.

Usually stroganoff has beef in it, but I think the real flavor in the recipe actually comes from the savory mushrooms so I just jam-packed more of those into this vegetarian version of the classic stroganoff dish.

Also, it makes it easier to make to just deal with the ‘shrooms rather than adding beef to the mix.

This mushroom stroganoff recipe was a serious winner at our house. Both adults and even the 2-year-old scarfed down big plates of it!

Fast and easy mushroom stroganoff that’s huge on flavor. You won’t miss the meat in this filling vegetarian pasta dinner!

This recipe is all about the mushrooms. Lots of mushrooms. Slice them up and you don’t need to be super particular about the size. Some slices can be thicker than others. That’s just fine.

Add the mushrooms to a skillet with melted butter and let them cook for a bit until the mushrooms cook down. That should take 5-6 minutes. Then add the onions, tomatoes and garlic.

Continue to cook that until the other veggies cook down. Things will be smelling good!

Season the mixture with salt and pepper and cook the whole thing until the sauce thickens a bit. It should take longer than a few minutes for the sauce to thicken where you can run your spoon through it.

Don’t get fancy with the noodles for a stroganoff dish. Egg noodles are all you need. Cook them, drain them, and toss them with some butter so they don’t stick together.

Divide the pasta between plates and spoon lots of the mushroom stroganoff over the pasta.

BOOM. Comfort food at its best! 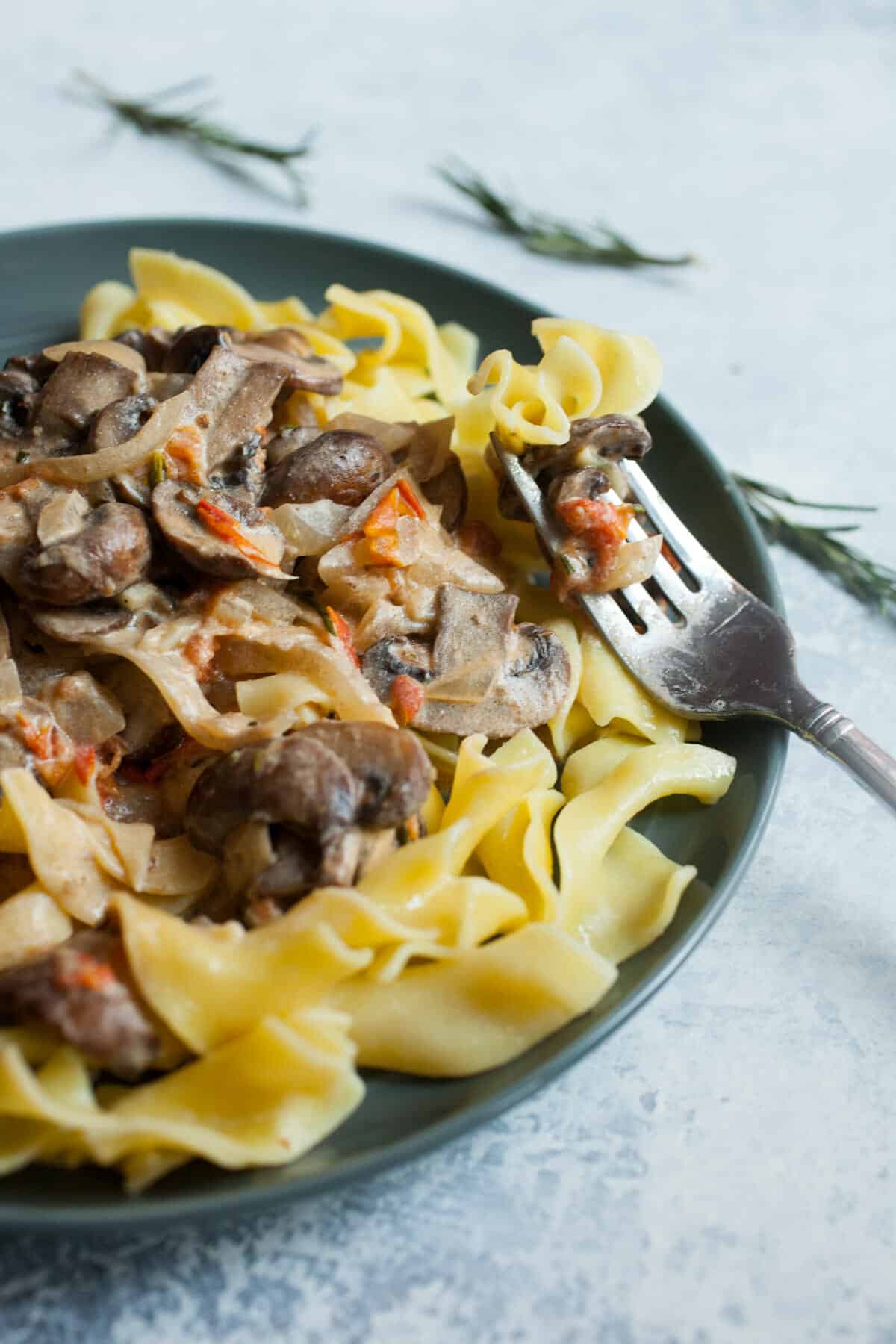