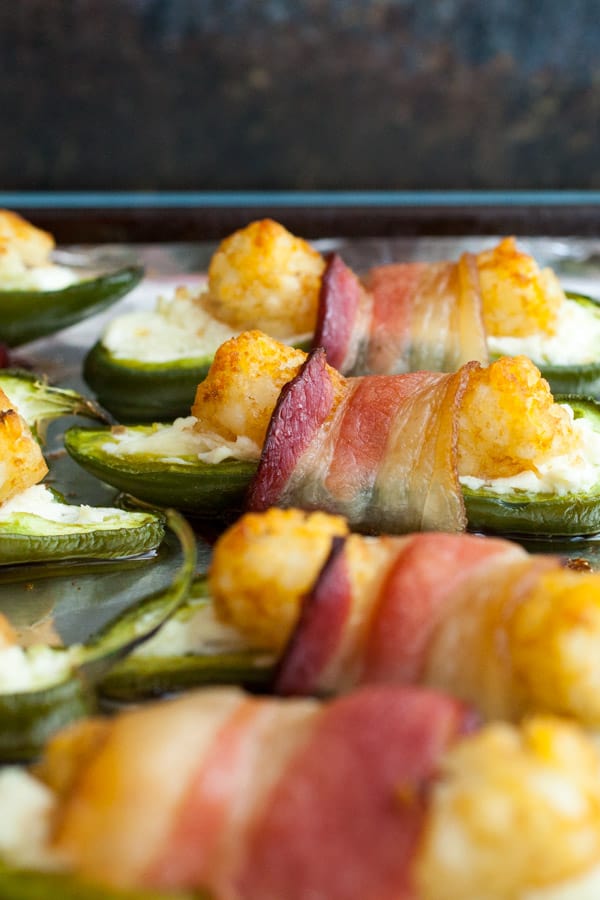 One of my first blogger friends on the Internet was Dan from The Food in My Beard. We’ve known each other now for almost a decade, which is actually insane for me to consider. I’ve known my wife of eight years only a bit longer than I’ve known Dan.

Dan’s a truly awesome cook. What I love about him is how fun he makes cooking. He comes up with recipe ideas that are completely his own. If you read one of his books or browse his site and it doesn’t inspire you to get in the kitchen, then you simply don’t like to cook. End of story.

His newest book, TOTS!, comes out tomorrow and I’m a huge fan already. As advertised the entire book is about tater tots. Need I say more? Dan, of course, uses them in crazy ways, but also easy ways that you maybe haven’t thought of. I made these “Totapeno Poppers” because they looked like the most delicious thing to me on the day I got the book.

But, there are dozens of delicious and fun recipes in this book. Some of the recipes just make sense (Tots Poutine) and some had me raising an eyebrow (Sc-Tot-Ch Egg)! Ha! Just reading through the crazy ideas he came up with for this book is worth buying it, honestly.

But, knowing Dan, I can vouch that every recipe is probably delicious. He makes good food. Get the book, people. (Also, I’m giving away a few copies!)

Recipe from the cookbook Tots!

These poppers are an awesome twist on the classic, which is why I like them. They start the same: hollow out some big jalapenos!

Then you’ll need some good old fashioned frozen tots! Book included in the shot just because.

Add some cream cheese to the peppers and then two tots per pepper and wrap with bacon! A half slice of bacon per popper is good enough.

Dan says to bake these for about 20 minutes, but I left mine in a bit longer. I had some BIG peppers and I wanted my bacon and poppers to get really crispy. I think I was closer to 30 minutes on the bake time.

These Tater Tot Jalapeno Poppers are the perfect appetizer. I actually think you could probably toss them on a grill but you may want to bake the tater tots first as the poppers will cook faster on a grill. 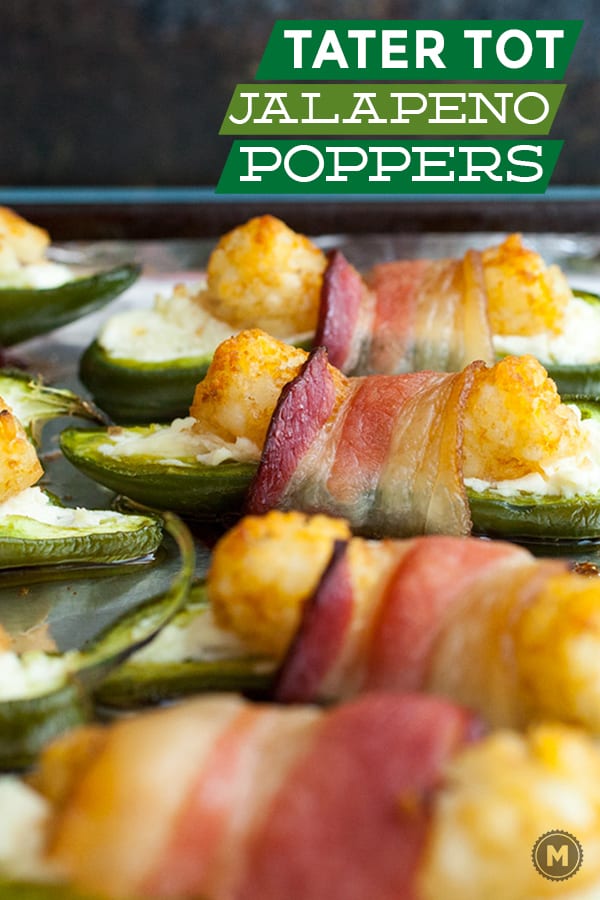 I’m giving two copies of Tots! to you lovely readers. Use the widget below to join or just leave a comment to be entered!