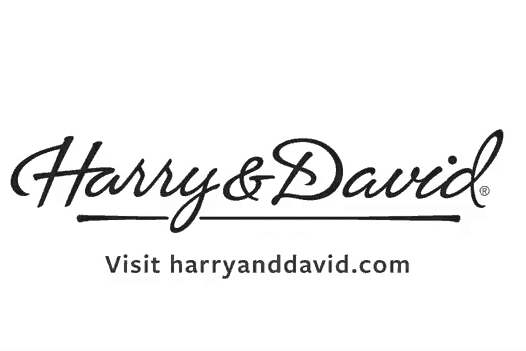 This post is sponsored by Harry & David. I used their Royal Riviera Pears for this Pear Galette with Rum Sauce! For a limited time, use the code MACHEESMO for 15% off any Harry & David purchase! Be sure to follow Harry & David on Facebook and Instagram for more great recipes!

It’s finally here! Pear season! Harry and David is always nice enough to send me a few boxes of their perfectly ripe Royal Riviera Pears and I’ve been using them in so many things. Most of time I like using them in simple ways, like adding them to a bowl of morning oats, but this Pear Galette got stuck in my mind and it is SO worth the work.

If you are new to pie crust making, this is the perfect recipe to learn. Since you aren’t shaping the crust into a specific pie pan, mistakes are no big deal. Brushing the crust with some egg wash and sprinkling it with coarse sugar before baking ensures a super crispy and flaky crust.

The only thing to watch out for with the pears is extra liquid! Too much liquid, even delicious pear juice, will ruin your crust. So be sure to stir your pear slices with sugar and cornstarch. This will pull out extra liquid. Use a slotted spoon to scoop out the pear slices, leaving the extra liquid behind.

As an added touch, I like to make a quick rum sauce to drizzle over the galette when it cools slightly. It adds a nice glaze to the dessert and gives it a little extra flavor.

For an easy, freeform pie, this Pear Galette is a great dessert that goes well on any holiday table.

It’s pear season and this easy freeform pear galette is a perfect use of the seasonal fruit! I like to glaze mine with a light rum sauce for a little extra something special!

1) Preheat oven to 400˚F. In a medium bowl, stir together flour, sugar, and salt. Then work in the butter cubes using a fork or your clean hands until the butter is in pea-sized pieces. In a separate bowl, stir together ice water and apple cider vinegar. Add liquid by the tablespoon to the flour mixture until the dough just comes together. Try not to overwork the dough. Shape the dough into a tight disc, wrap in plastic, and store in the fridge for at least 30 minutes to chill.

2) Meanwhile, wash pears and cut off stems. Cut pears into quarters and remove seed centers. Then slice. You should get 8-10 slices per pair. Mix pear slices with sugar and cornstarch and let sit.

3) When dough is done chilling, unwrap dough and roll out dough on a lightly floured surface into about a 12-inch diameter circle. A little larger is fine as well since you will be folding up the edges.

4) Transfer dough to a baking sheet lined with parchment paper. Remove pear slices from the bowl with a slotted spoon, allowing any liquid to remain in the bowl. Arrange pear slices in the center of the dough, leaving about 2 inches around the edges.

5) Fold edges of dough up over the filling. Whisk together egg and water and brush egg wash on the crust of the galette. Then sprinkle liberally with coarse sugar.

6) Bake galette for 35-40 minutes at 400˚F. Remove galette and let cool before slicing and serving.

For the Rum Sauce:

Combine ingredients in a small saucepan over medium-low heat. Bring to a slight simmer and simmer until the sauce is reduced by about half, maybe 6-7 minutes. Let sauce cool and it will thicken as it cools.

Serve the rum sauce drizzled over the pear galette.

There isn’t much to this filling so it’s important to use really good, ripe pears. I used a few of my Royal Riviera pears and they were delicious as always!

Cut the stems off the pears and core them. You don’t need to peel them though. Then toss the pears with the sugar and corn starch.

This is a really simple dough to make and if you’re an intro baker, it’s a great first crust. Since we aren’t shaping it into a pie pan, it’s very flexible. You can make mistakes and it’s no big deal.

Once you cut the butter in (I just use my clean hands and work it in until it’s in pea-sized pieces), then add the ice water. I like to add a splash of apple cider vinegar to my ice water as well.

Add just enough liquid so the dough comes together.

It’s best if you can make the dough in advance and let it chill, but you can roll it out immediately on a floured surface if you are pressed for time.

When you roll out the dough, just remember that you are going to fold up the edges so leave yourself a really good 2-3 inch border around the edges.

Then add all the pears! Leave any juice in the bowl. While that liquid is delicious, it will also make your galette too watery.

You can make a design with the pear slices or just plop them in there!

Starting at one side, fold the edges of the galette up forming a nice circle of deliciousness.

Brush the galette with some egg wash and sprinkle it with some coarse sugar. The sugar is optional, but it adds a nice crunch to the crust.

The galette will need to bake for about 40 minutes at 400˚F. When it comes out let it cool a bit and then (optionally) drizzle the galette with a little rum sauce. My rum sauce is just sugar, rum, and butter and I simmer it until it reduces slightly. Pretty easy and very good!

I think the pear galette turned out really beautiful!

You can see the slices really hold their shape. You can seriously pick it up like a piece of pizza!

If you are looking for an easy, but elegant dessert, give this pear galette a shot!

Here are a few other delicious desserts!

1 Response to “Pear Galette with Rum Sauce” Leave a comment