When it comes to recipes that have a high payoff to work ratio, this Asparagus Phyllo Tart recipe is really close to the top of the list.

What I mean by that is that the amount of work you have to put into making this recipe is very small considering the final version which tastes and looks like you spent hours slaving away in the kitchen.

It’s also a really flexible recipe (my favorite kind) so you can use whatever veggies you have around that are very fresh and in season.

Layers of phyllo dough are topped with lots of summer vegetables and blue cheese makes for a perfect and fancy dinner.

1) Thaw phyllo dough slowly in the fridge. Remove and unroll the dough, being careful to not break up the thin layers. When not working with a layer, keep the stack covered with a damp paper towel so they don’t dry out.

2) Melt butter in a small dish.

3) Add one layer of dough to a baking sheet and brush lightly with butter. No need to cover the whole sheet, just do some strokes in each direction. Add another layer on top and brush again. Repeat until you have a stack of phyllo dough 12-14 layers thick.

6) Add corn kernels and halved grape tomatoes to the tart also. Then top with blue cheese and season with red pepper flakes, salt, and pepper.

I used only three different veggies for my cool looking tart: asparagus, tomatoes, and corn. I chose these pretty much randomly by walking through the store and picking stuff that looked colorful and fresh.

As far as I can tell, you could use almost any vegetable in existence for this dish. Just pick fresh stuff and you can barely go wrong.

As far as prep goes, there isn’t much to do for the veggies. I just cut the corn off the cob, trimmed the asparagus ends and washed them, and cut the grape tomatoes in half.

Dealing with the Phyllo

If there’s any step that will make you pause about this recipe, it’s the phyllo dough. Not that it is actually that hard, but it just looks intimidating. After all, look at all those layers!

Luckily, you don’t have to make the phyllo dough. You can buy that stuff. It comes frozen and once you thaw it, you’ll be left with this roll of very thin sheets of dough. Each roll has around 18 sheets of dough I think.

The key to getting the dough to stay flaky and create the crunchy layers that are so delicious is to lightly brush each sheet with butter or olive oil and then layer them on top of each other.

This is the setup I use for my phyllo prep. The damp paper towel is the most important part. When you are working with the sheets, keep them covered or they will dry out and crack really quickly. Especially if you live in a desert like I do!

Start with one piece of air-thin dough and add it to a baking sheet. Then brush it lightly with melted butter or olive oil. If you want to be official about it you should be using clarified butter for this, but I just melted my butter in the microwave on low and it worked fine for this recipe.

After you lay down a layer of dough, just give it a very light coating of butter and then lay down the next layer. You don’t need to completely cover each layer. Just give it a quick brush.

Don’t stress it if your dough gets some folds in it or tears in spots. There are so many layers that it won’t matter for this.  If we were making spanakopita you would have to be a bit more careful, but for this it matters not.

Once you have a good amount of layers (I shoot for 12-14 layers), then brush the top layer with a healthy amount of butter or oil and now we can start stacking on toppings.

Then corn and tomatoes. For the tomatoes, try to position them with the cut side UP so the juice evaporates out of them as they bake.

Finally, sprinkle some blue cheese over the whole tart and season it with a pinch of red pepper flakes, salt, and pepper.

Don’t over-do it on the blue cheese. A light layer of it is perfect.

Bake this beauty at 350 degrees for about 25-30 minutes until the edges are brown and crispy.

Let it cool briefly when it comes out of the oven and then you can slice into it using a pizza cutter or sharp knife.

It should be almost like a really thin, crispy pizza.

If you are lucky enough to snag a corner of this thing, you are in for a treat. Honestly, I could eat phyllo with nothing on it. I just love the crunchy, flaky texture, but a bunch of fresh veggies doesn’t hurt either.

This Asparagus Phyllo Tart took me under twenty minutes to toss together and I was taking photos and stuff!

Betsy and I ate this for dinner, but I could see chopping it into small pieces and serving it as an appetizer also.

If you have any ideas for fun toppings on it, leave a comment! 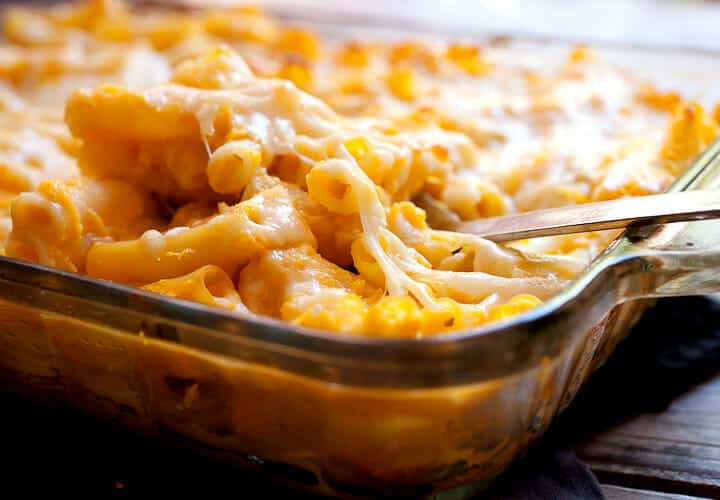 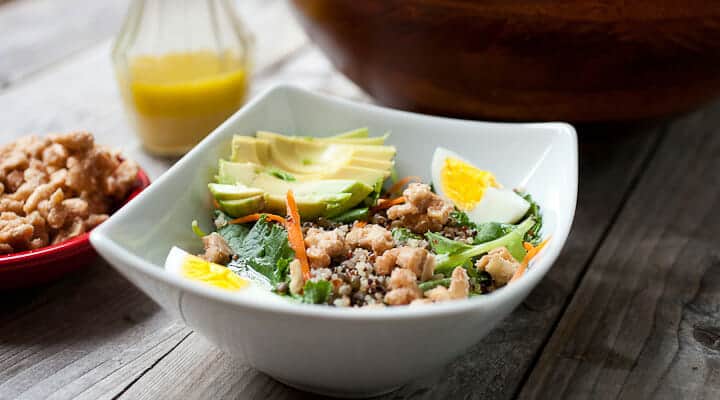