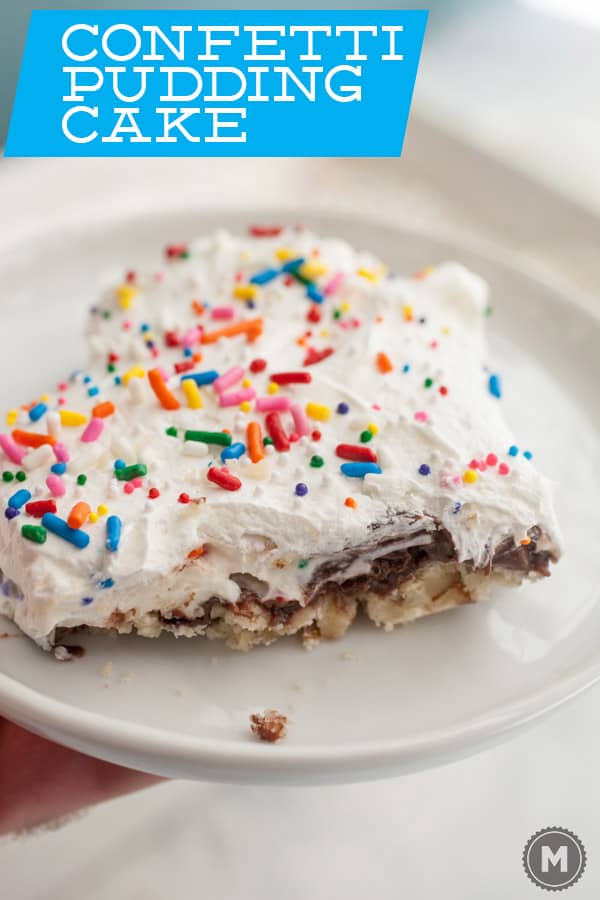 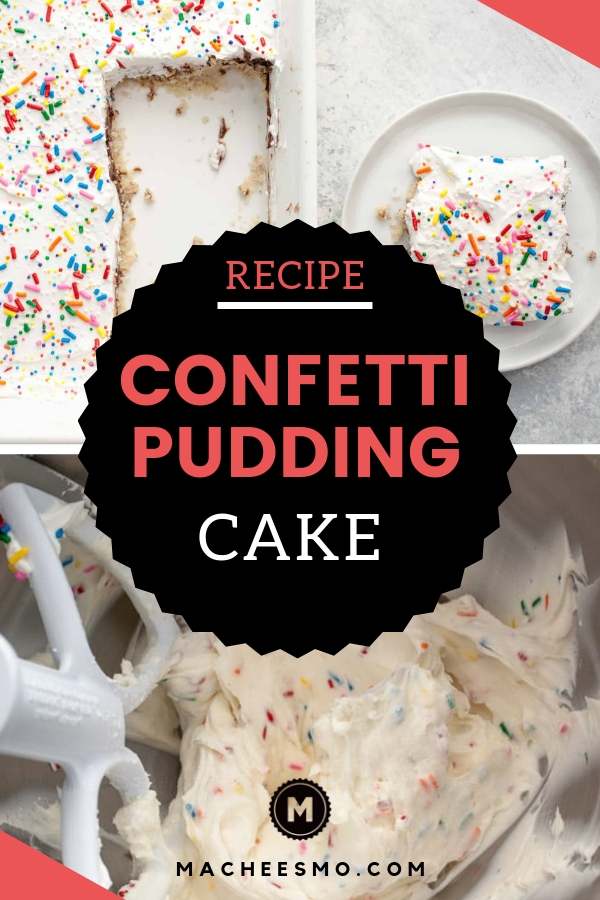 Have you ever had a time travel recipe – a recipe that zaps you back in time to your childhood just by the taste or texture? This pudding cake is a total time travel recipe for me. I had forgotten about it, but my mom recently made it for Theo and Darby when we visited and I couldn’t help but try some. The flavor was exactly like I remembered it.

My dad used to call the original version of this cake “Calorie Cake” but that doesn’t sound super appealing to me (and also the cake isn’t super caloric actually) so I changed up a few of the layers, added loads of sprinkles, and now it’s a Confetti Pudding Cake!

This pudding cake is straight from my childhood. It has simple ingredients, but the combination of chocolate pudding, cream cheese, and cool whip is truly my ideal summer dessert.

I asked my mom for this original recipe and she sent me this single card of random words that somehow makes sense to her. How did people ever successfully make recipes?

Okay, but once you break it down, this pudding cake is super easy.

It starts with a basic crust which is just flour, pecans, some salt, and melted butter. Okay, the original uses Oleo, but butter is better.

Press that mixture into your pan. I like to use a 9×13 pan which ends up being pretty thin pieces. If you want a thicker finished cake, use an 8×8 dish or, honestly, you could layer the ingredients in a big bowl (just bake the crust and crumble it in the bottom).

The crust needs to bake for about 20 minutes at 350 degrees F. and then, most importantly, cool completely before you layer anything on it.

Then spread that layer on the baked and cooled crust. It’s okay if your crust has some gaps in it. No need for perfection here.

For the next layer, which is some sort of delicious cream cheese frosting type situation, beat together cream cheese, powdered sugar, and cool whip. I added some sprinkles to this mixture as well. If you don’t have a stand mixer, you can use a hand mixer without issue.

Spread that mixture onto the pudding layer. It’ll be hard to get it perfect, but don’t worry about it. We’ll cover up any layer problems with cool whip.

For the final layer, spread on the rest of your cool whip (or you could make whipped cream from scratch). Then sprinkles and more sprinkles!

The finished cake is surprisingly light and it’s the perfect chilled dessert on a hot summer day.

Kids love it and I’d be lying if I said I didn’t also love this confetti pudding cake. 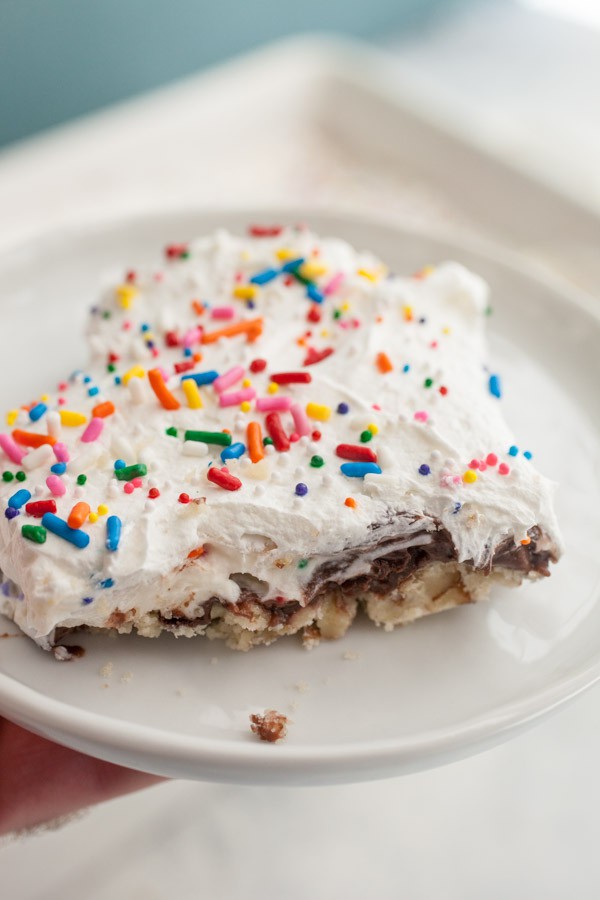