“What’s the first kitchen thing I should buy if I want to be a better cook?”

I get some form of that question pretty much every week. Besides a decent chef knife, I always answer that every home cook should have a simple cast iron skillet.

For their cost ($30-$40), you can get a skillet that will last decades if you take care of it. They are naturally nonstick and can be used on the stovetop and in the oven. What’s not to love?

Before you even think about purchasing that $200 aluminum pot, make sure your cast iron skillet game is on point.

Need more reasons? Here are some of my favorite recipes to make in my cast iron skillet!

Be sure to check out the end of this post for my recommendation on finding (or buying) a great cast iron skillet! 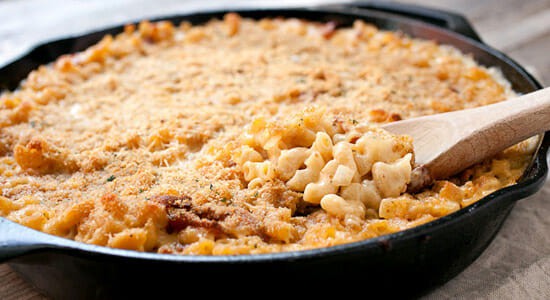 #2 Wow With a Dutch Baby 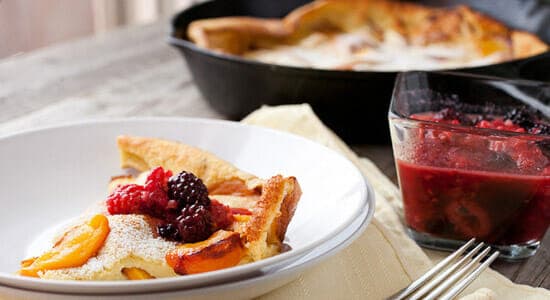 Making a perfect dutch baby (like this fresh peach dutch baby) pretty much requires a cast iron skillet. You can get it nice and hot and then when you pour in the batter the pancake puffs up beautifully. It’s the kind of thing that you’ll pay $14 for at a brunch spot, but you can make it at home for cents. 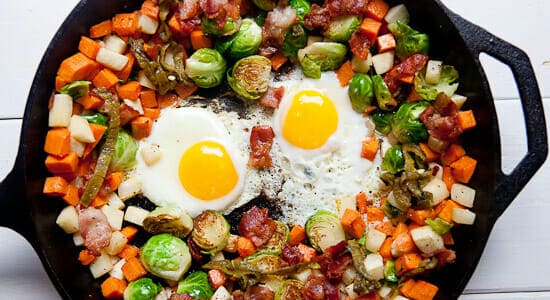 Don’t get me started on hashes! If I had to pick one breakfast dish for the rest of my life, it just might be a good hash like this Brussels Sprouts hash. The awesome thing about cooking it in a cast iron skillet is that the skillet distributes heat evenly. Assuming your skillet is nicely seasoned, you can make some room in the center and cook the eggs right in the skillet! 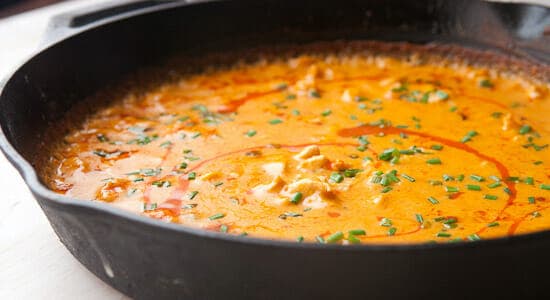 Everybody loves a lazy weekend watching sports, but what really makes days like that great is having a good tailgating dip to snack on. I’m not sure it gets much better than this Buffalo chicken skillet dip. Key word there: SKILLET. 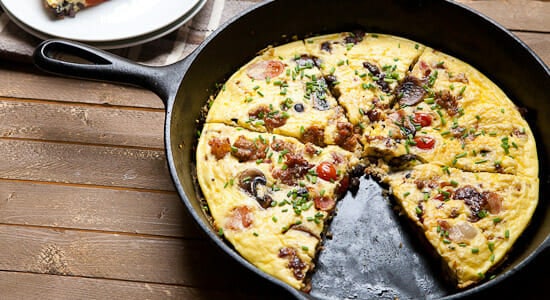 Making a great frittata is easy with a cast iron skillet. You can cook the veggies or meat in the skillet and then transfer it straight to the oven. Doesn’t get easier than that. For my money, I’ll take this awesome English Breakfast Frittata any day. 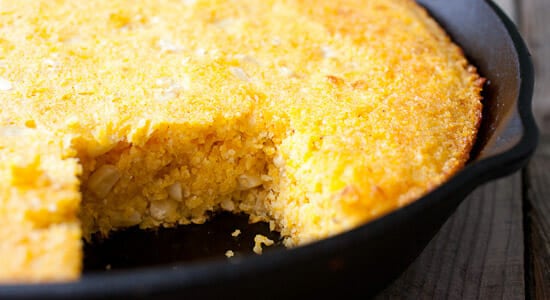 Anybody from the South will tell you that there are a few tricks to a good cornbread, but one is most definitely the pan you cook it in. It needs to be sturdy and retain heat well. Sounds like a cast iron skillet to me! First on the list? Sweet corn cornbread! 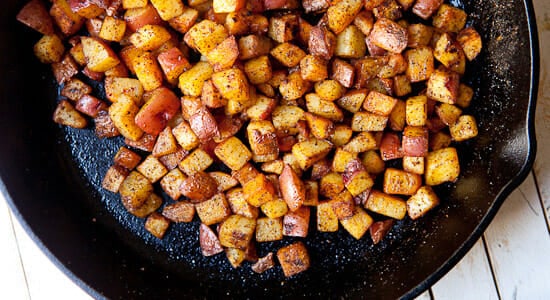 It’s ironic to me that “home” fries are almost ordered at diners across the US. Let’s change that. This home fries version is very simple with just potatoes and a spice mix. Cooking them slowly in a skillet produces tender home fries with crispy edges and great flavor. As good as any diner home fries you’ll find. 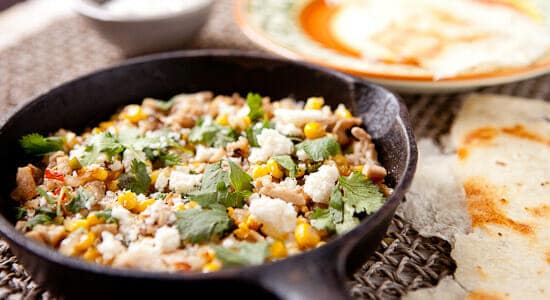 A lot of Tex-mex dishes are great in cast iron because you can keep the temperature low for gentle cooking or crank it up to get crispy edges on things. I like this Mexican Tex-Mex chicken skillet which is basically a fast single dish dinner. Dig in!

These homemade cast iron apple fritters are a true labor of love and something really special. No deep fryer needed to make delicious fritters!

This bacon cornbread might be my favorite non-traditional cornbread and you absolutely need a cast iron skillet for it to be the best it can be.

Shallow frying fried chicken is always a good bet with cast iron. It retains heat really well so you end up with consistently delicious fried chicken. These buttermilk chicken tenders are a family favorite!

If I were on the hunt for a cast iron skillet, I’d do two things!

First, I’d look around at garage sales and yard sales. Because these things last so long, you can frequently find really nice ones for a few bucks. If you are willing to spend a morning cleaning and seasoning the skillet, it’ll be good as new and ready to cook with!

Second, just buy one that’s pre-seasoned! My favorite skillet is a simple Lodge 12 inch cast iron skillet. It’s not fancy, but it comes ready to go and lasts forever. I’ve had one going on 10 years!

What Did I Miss?

Have a favorite cast iron skillet recipe? Leave a comment with a link!

Note: This post contains affiliate links. If you purchase a cast iron skillet using the links, you help support Macheesmo so thanks in advance!