This post is brought to you by Lodge Cast Iron. You could use any of their larger skillets for these homemade apple fritters. You can find more great cast iron skillet recipes by following Lodge on Twitter, Facebook, or Instagram!

I used to have a roommate, who is still a close friend, and he would always spend a few weeks this time of year “hibernating.” I kind of loved the practice and Betsy and I still do it when the weather changes. Hibernating, in adult terms, means going out less and spending more time around the house.

This year we are using our hibernating weeks getting ready for kiddo #2, re-arranging rooms, painting, and generally stressing out.

The other part of hibernating, which has always been a feature, is spending time to make really good food. Even if it’s just for you, making a thoughtful and delicious dish to share with those who you choose to hibernate with is very important.

These homemade apple fritters are perfect hibernating food. Sure, they are a bit involved. You need to make the dough and fry things, but this is the exact time of year when those things are considered time well spent at my house.

I hope you agree these are worth the work.

Soft homemade donut dough folded with apples and spices and fried in a cast iron skillet for a crispy exterior crust.

Serve while warm or store in an air tight container for a day or two.

In my opinion, there’s not a great alternative to homemade enriched dough like this. I guess you could use something like frozen puff pastry crust, but it’s not the same thing and will fry up very differently.

The dough for this recipe is perfect for donuts and fritters. It forms a nice crispy exterior but is still soft and fluffy in the center.

After you mix in the flour it should be a slightly sticky dough. That’s just fine.

Dust the dough with flour really well and let it rise until it doubles in size. It should rise for about two hours.

Meanwhile, you can make the filling! Take your time peeling and cubing the apples so they are roughly the same size. Add them to your cast iron skillet with the lemon, some butter, sugar, and spices. Cook them for 5-6 minutes over medium heat until they are soft and have a light syrup on them.

These need to be completely cool before they hit the dough so let them come to room temperature while you roll out the dough!

When the dough is rolled out into a nice large rectangle add half of the apple filling to half of the dough. Looking good already!

Fold the dough over and then add the rest of the apple filling to the dough. The goal here is layers, people!

There are those layers I’m talking about. There are lots of beautiful apples in there!

Now for the fun part! Cut all that up into small pieces. I just use a dough cutter to chop it up into small squares. You could also use a pizza cutter or a serrated knife.

Now you can make the fritters out of these squares.

Now it’s decision time. You can make big fritters or smaller ones. If you make big ones (like I did) you’ll want to clump like 3-4 of these squares together. If you want smaller ones, go for 2-3.

Really press the fritters together. They might still separate a bit as they fry, but that’s just fine. It means more crunchy edges!

When it’s time to fry, wipe out your cast iron skillet and add enough oil to fill it up about 1/2 inch. You don’t need a lot of oil because you’ll flip the fritters half way through cooking.

Heat the oil up to about 350 degrees F and then slide in a few fritters. You might lose a few apples, but don’t worry about it!

Flip the fritters after frying for 3-4 minutes and let them cook on the second side. I’d recommend taking one out and testing it to make sure it’s cooking the middle. Remember that the bigger you make the fritters the more likely it is that you’ll have some uncooked dough in the center.

If you make smaller ones, they will for sure be done after a few minutes on each side.

After they come out of the skillet, let them drain on a few paper towels and then drizzle them with some glaze. BOOM.

These homemade apple fritters are seriously delicious. They are the perfect food for hibernating.

Look at this golden crust on these guys. COME ON. 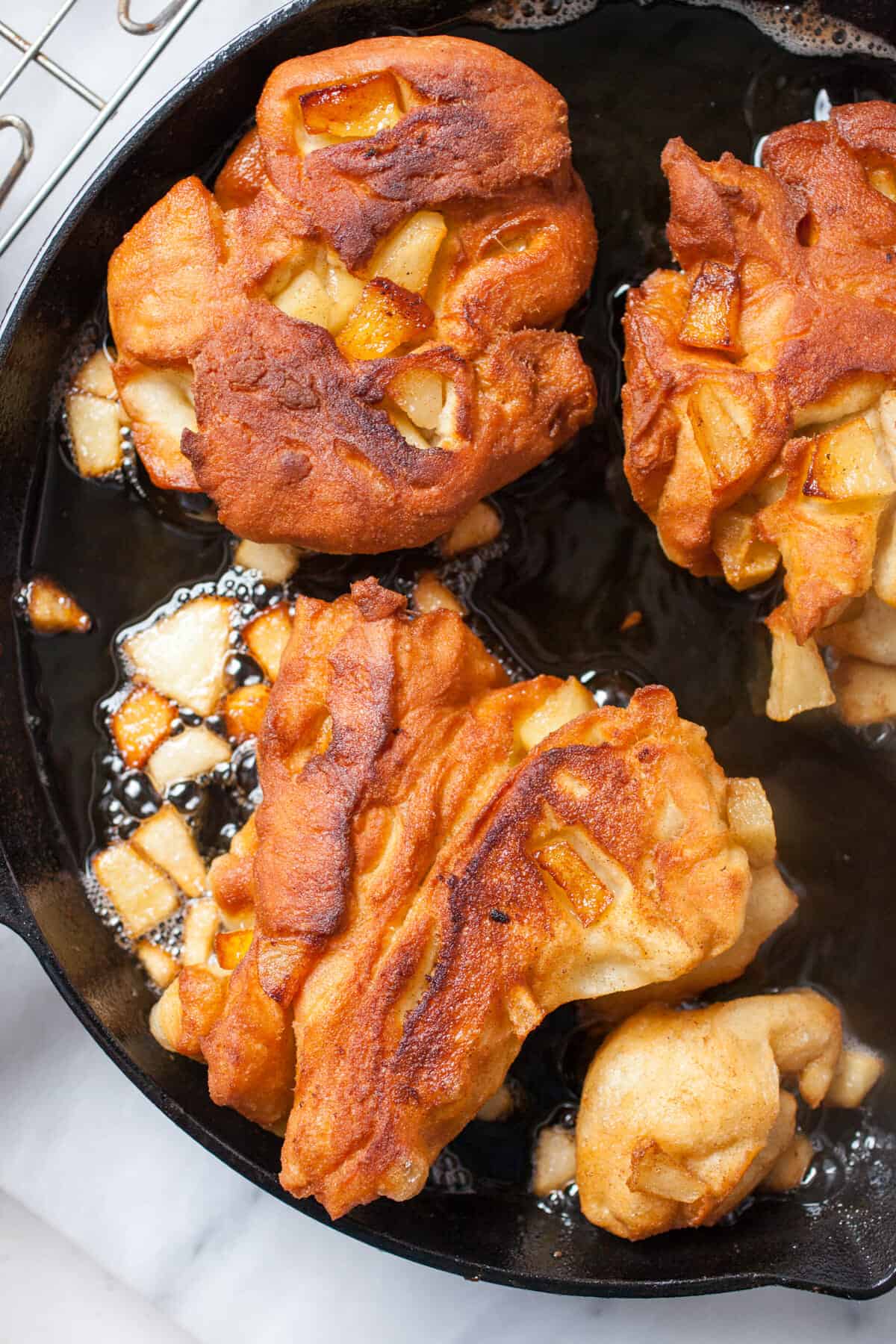 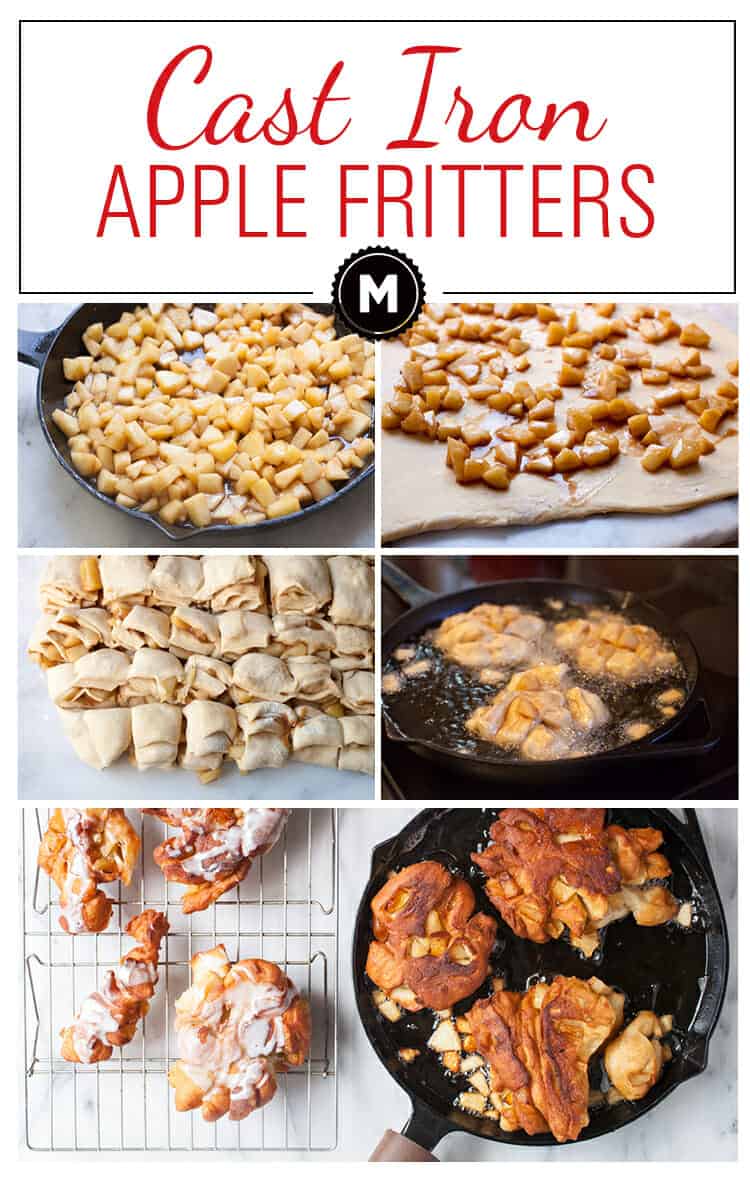