Wandering Through Wanderlust (plus snack jars!)

This post is brought to you by Sabra Dipping Co, LLC in partnership with Wanderlust!

This weekend I was invited to check out a Wanderlust Festival in Denver with the Sabra team. The event was the better part of the day on the Great Lawn Park in Denver (that’s kind of a funny name for a park because a park is essentially a large lawn – these are the things that keep me up at night).

Anyway, the day at Wanderlust was filled with yoga classes, meditation, new foods and vendors, and sun. Lots of sun.

I had never been to a Wanderlust Festival before and biked over (about five miles from my house). I showed up in the middle of a huge group yoga class. Very cool! There was probably a few hundred people doing yoga and the instructor even had a DJ who was bumping some calming tunes.

Looked really fun, but after my bike ride I was too tired and sweaty to do a single downward dog. 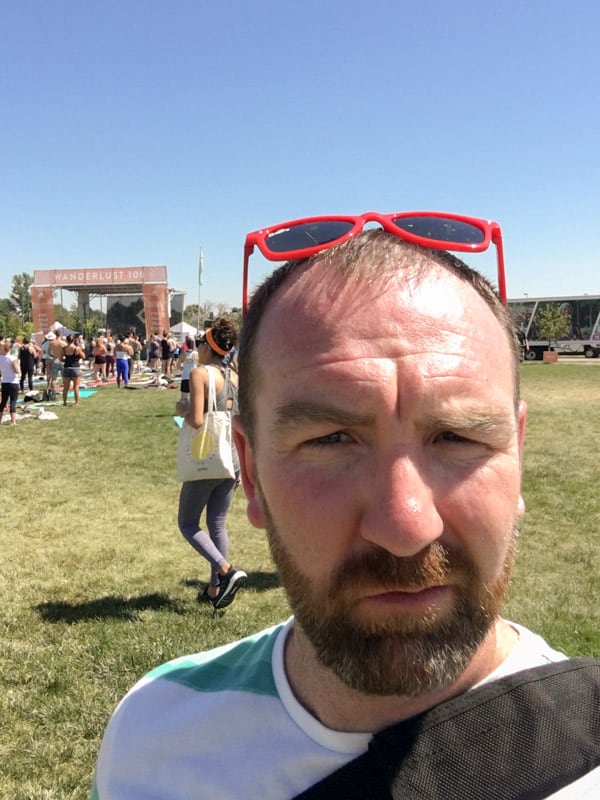 I knew a few other bloggers were at the festival as well and I stumbled across Meghan from Cake N Knife hiding in the shade. We are both fair-skinned people so I understood her need for some shade.

There was a huge row of vendors at the festival, all giving out very generous free samples. If you hit up even half of the stands, you’d probably get your money’s worth on the festival ticket price. Sabra, for example, had these fun little ice carts packed their pretzel snack packs. I love these so much!

After a snack and some drinks, we were all smiles and also found Lauren from Climbing Grier Mountain. Group photo!

After Wanderlust, I headed home and was inspired to try my hand at a sort of amped-up snack pack. Instead of pretzels, I spooned some hummus in a big mason jar and added crunchy veggies and these little pita dippers! I kept a few of these in the fridge and they were awesome for quick snacks during the weekend!

Be sure to check out the Wanderlust Festivals site to see if there are any festivals coming to an area near you. If you’re into meditation, or yoga, or just being outside and exploring new food and activities (aerial yoga is a thing I learned out), then this might be up your alley!

Has anyone been to a Wanderlust Festival? Leave a comment!

1 Response to “Wandering Through Wanderlust (plus snack jars!)” Leave a comment