Betsy and I have had a busy few weeks and have a few busy weeks in front of us with trips, a baby shower, and some visitors. But guess what… by the end of this month we will have nothing!

Hopefully, that will give us a month or two to relax and get our ducks (and doodles) in a row before the baby comes and our lives get flipped right upside down.

Here’s where we have been and what we’ve been up to the last few weeks!

I was in Vancouver for about a week for a work conference in September and I have to say… it’s one of the top three cities I’ve visited. It’s true that I got lucky because the weather was just stunning while I was there, but the city is such a great mix of mountains, ocean, and urban feel.

I just fell in love with the place! 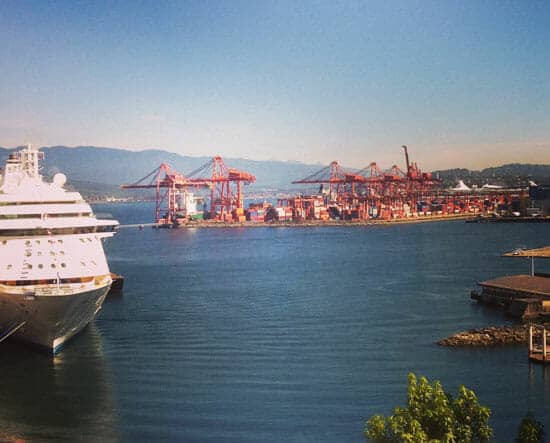 One morning I woke up really early and went for a 10 mile run around the sea wall which lines a huge park in the city. It’s one of the most beautiful runs I’ve ever done. I feel like I could’ve ran twice as long just because it was so beautiful.

This was looking back on the city from the trail.

About an hour into my run the sun started coming up and I had to stop and snap this shot of one of the bridges in the city.

The only downside of vancouver as far as I could tell is that it’s fairly expensive, but that goes for lots of cities. The food is fantastic though and there’s lots of outside activities to keep you busy.

I’m not sure I’ll be able to make it back any time soon, but it’s definitely high on my list of cities to explore more if I get the chance.

On the complete other end the spectrum, Betsy and I took a little weekend trip to Leadville, CO last weekend. We didn’t really have an agenda, but just wanted to get out of town for a night and see a new Colorado town.

Leadville is a very odd place. It’s the highest incorporated city in the U.S. at 10,150 feet. Trust me… you feel it too. Going up stairs will take the wind out of you.

It’s a super cute little town though with some great local characters. I think you have to be a special kind of person to want to live up there!

On a whim, we decided to take an old historic train ride one day. It was about a 2 1/2 hour ride that went only nine miles up in the mountains. The train was not known for its speed!

It was beautiful though and a great way to see the surrounding mountains.

Fact of the train ride: Leadville used to be the most populated city in Colorado and almost became the capital of the entire state during the silver rush!

Even though there are crazies that train for marathons and even a 100 mile ultra race up in Leadville, I saved my running for a lower elevation.

I’m running my first half marathon this weekend! 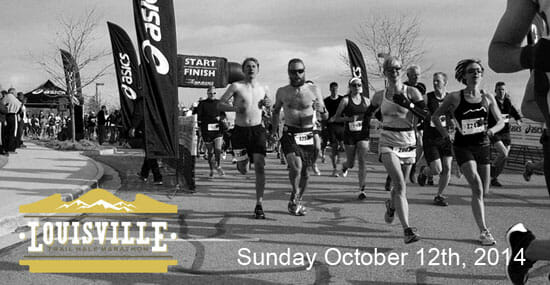 I feel pretty ready for it. I’ve been doing long runs on the weekends and averaging a little over 20 miles a week.

Here’s the crazy journey I took a few weeks ago that took me all the way around Sports Authority field. I also didn’t bring any water and got pretty lost so my time was decent considering all that. 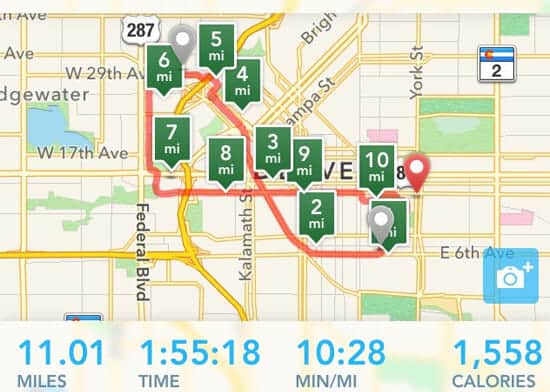 13.1 miles will be the longest I’ve ever continuously ran this weekend so I’m really just hoping to finish the damn thing. If I can get anywhere close to 10 minute miles, I’ll consider that a huge win, but mostly I just want to finish without any injuries.

A pancake breakfast and delicious Left Hand Brewery beer awaits me at the finish line so I have that to look forward to.

Betsy and I have had a really light wedding season, mainly because we are trying to get ready for our little one. But, two good friends recently got married in Denver and it was easy for us to bop over and wish them congrats.

I loved their wedding and food. They kept it simple. Dinner was (super delicious) burgers and tater tots and just look at this cake. Look at the cake!

I think I ate an entire level by myself.

Betsy and I tried to get a photo but I believe I handed my phone to a slightly intoxicated person, hence the blur.

Anyway, it was a nice night!

As the Stark Family says (Game of thrones joke alert), “Winter is coming.” Also, a baby is coming.

Should be exciting months ahead!