I believe failure can be a life strategy. That may sound weird but I’m completely serious. A lot of what I’ve learned so far in my life I’ve learned by persistently failing at something until I get it right. Luckily, people tend to remember the successes a lot more than the failures.

Case in point: This website. It’s very far from perfect and I have a list a mile long of improvements I hope to make over the next year or so, but it’s a start. Almost everything I’ve done on the website up to this point has been the result of a series of failures – changing a bit of code here or there until I get what I’m looking for. Normally I get it wrong about 30 or 40 times, but eventually find a way to make it work. If you follow me on Twitter, you’ll hear my occasional rant on CSS issues.

As you can imagine then, I fail a decent amount in the kitchen. Sometimes I try things a bit outside of my skill level, sometimes I botch something that I’ve made a dozen times, and occasionally, I just plain suck at reading recipes.

I haven’t posted all the mistakes on Macheesmo because a lot of times there’s nothing to learn from them. For example, I’ve been battling a croissant recipe for like 6 months. Until I get it right though, there’s really nothing that can be learned from it except that croissants can be hard which is a pretty well known thing.

That said, I do frequently post my failures for one of a few reasons:

1) I screwed up something small that you could easily fix. Maybe I used a cup instead of a quart or a teaspoon instead of a tablespoon. These are easy fixes. It just requires me to admit that I can’t read 100% of the time.

2) I battled and won. Sometimes if I try something and fail at it, but eventually get it right, I’ll post the fail and success so you can get a better idea of what could go wrong and how to avoid it.

3) It’s hysterical. Sometimes I get bad ideas for dishes. At least we can get some entertainment out of the situation.

4) Hopefully it’ll give you a dose of confidence. Let’s face it. If you start cooking a lot, you’re probably gonna bomb a dish or two so it’s helpful to see that you aren’t the only one.

So, over the weekend I went through my rapidly growing archives and picked out 10 Fails since the beginning of the site. In order from lesser fail to greatest fail:

This was my most recent fail and kind of gave me the idea for this post. There are tons of great comments on how to correctly cook a soft boiled egg. I’m hoping to redeem myself in a few weeks. The only reason this one isn’t higher on the list was because it was pretty easy to just sub poached eggs which I can get right most of the time.

This was a frustrating one. Basically, I found two versions of the same dish and picked one of the methods. I picked the wrong method which became very apparent about halfway through. Oh well. Ya live ya learn.

This was one of my favorite fails because it was an easy lesson in the importance of ingredients. I was following a recipe from Judy Rodgers and she said to make sure you use real fresh, not processed, ricotta cheese. I didn’t believe her and just used some from the store on my first try. Well, it was WAY to wet and never formed into nice little dumplings.

All I did between the fail and the success was find some good ricotta cheese.

This wasn’t actually my fault. This was a case of following a recipe and thinking that it might be a bad recipe but not trusting my instincts. Turns out, I was right. It was a bad recipe. This also happened to be the third post ever on Macheesmo and failing that close to the beginning gave me pause about continuing…

Sometimes when recipes say to use the grill, they mean it. I tried to cook this dish in the oven instead of outside on the grill and while the final fish actually turned out pretty flavorful and okay, it was not worth the pain. Turns out when you roast like 100 bay leaves they give off an aroma that literally burns your eyes. Think onion chopping times a lot.

5) The Tart That Got Away

This was my fault. I got a bit crazy with the filling and created a ticking time bomb of a tart that went off in my oven. It actually didn’t taste that bad, but it wasn’t going to win any beauty awards. That’s for sure.

While I would love to blame Rachel Ray for this one, I’m pretty sure it was on me. I changed the recipe a lot by basically removing anything with flavor from the recipe and then I was surprised when it was bland. Go figure. 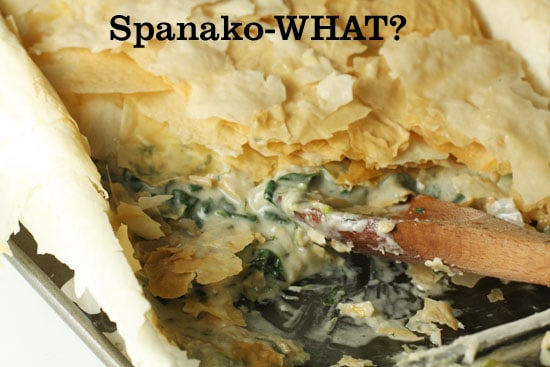 I actually served this to a dinner guest. Luckily he was a good friend who I’ve served many successful meals in the past. Also, I corrected this fail a few weeks later after many fantastic reader suggestions.

This was one of the worst things ever. You cannot bake mascarpone cheese. It doesn’t work. Don’t try it. For any reason. That is all. 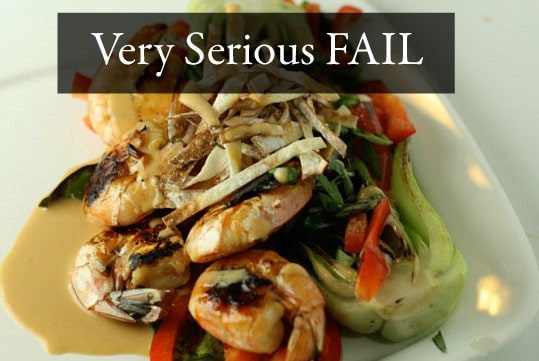 This was just horrible. I got the idea from a Top Chef dish… a losing Top Chef dish. I thought I could fix it. I was wrong. So so wrong. The good news is that there’s some tips in that post on what to do when your recipe fails because it’s the only way I could justify posting this epic disaster.

I’ve been working on the FAILS for this post for over a year so I’d love some company… leave a comment and share one or two of your mess-up stories!