It has been a few months now since we added the new addition to our family, Porter the Wonderdoodle.  It’s been kind of a wild few months, but we’ve really started to settle down now with our animals (Betsy and I call them The Manimals for some reason).  Porter has doubled in size since we got him.  He’s a healthy 60 pounds now and hopefully almost done growing…

Tipsy seems to not completely despise the dog and I’m pretty sure that she even eggs him on at times.  Case in point, she will frequently go drink out of his water bowl just to show him who’s boss around the house.

Porter seems to still be largely confused by her.  He wants to play with her and possibly cuddle with her and she mainly just growls at him, but doesn’t run away.  He is also upset that she has many privileges that he doesn’t have like being able to get on the bed and on the couch.

Anyway, so I thought I’d share a few photos quickly that I’ve snapped over the last few months of the two manimals.

Porter’s getting so big that we can barely lift him, but we still try every once in awhile.  I’m not sure if he loves it… 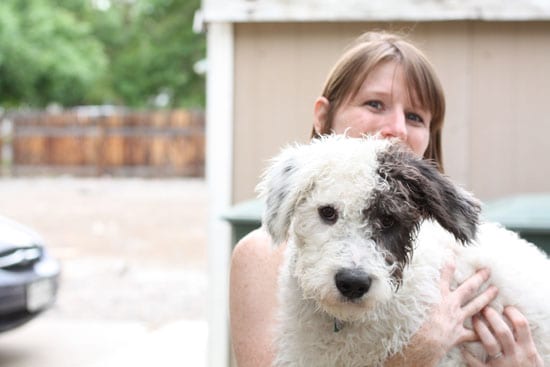 Porter does a pretty good job of sitting these days.  When we went for a hike at the Maroon Bells we got him to pose for some good shots.

Here’s our family shot (minus Tipsy who didn’t want to come hiking)! 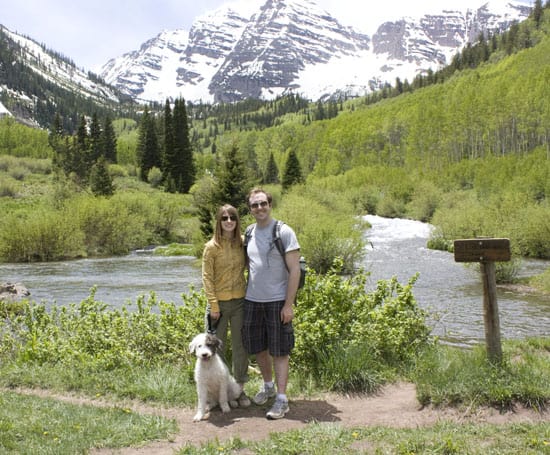 Back at home, both Tipsy and Porter love hanging out in my office with me.  This is a pretty common scene during the work day… 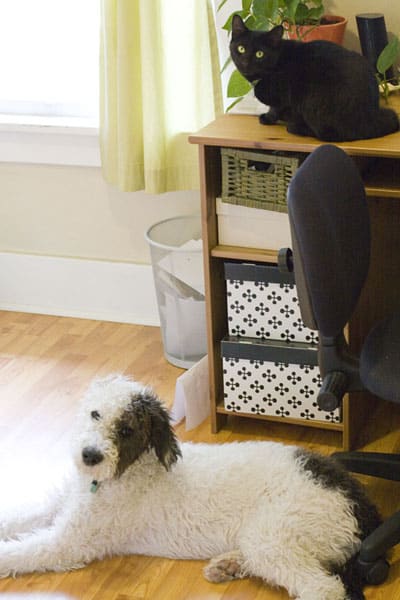 So that’s an update on the manimals for those that are interested!

Let’s do a poll this week!

And a few links as always!

Top Ten Foods at State Fairs – It’s fair season (or the end of it) and it’s always a blast to see what ridiculous things are being fried up at fairs across the US.  Strangely, my favorite in the list was the chocolate covered jalapeno poppers.  Those are up my alley.  (@ Endless Simmer)

Very Bizarre Pizza Toppings – I love a cheese pizza as much as the next guy, but sometimes it’s fun to get creative.  I was happy to see that mashed potato pizza made the list.  (@ HuffPo)

Making a Rainbow Cake – I used this same technique for making my rainbow cheesecake.  It works great and is really a show stopper.  Would be perfect for a birthday party!  (@ Brown Eyed Baker)

Homemade Pastrami – Things I need in my life:  A smoker.  I’m a big pastrami fan, but I like mine more peppery than most pastramis.  I just need to start making the stuff.  (@ Ruhlman)

Throughout the week I love chatting with people and sharing fun and interesting stuff around the web.  I’m fairly active on a few different places:

And, of course, you can always subscribe to Macheesmo via the feed or via email!

Have a great weekend everyone!

15 Responses to “The Internet Kitchen: Manimals!” Leave a comment