Now Reading Ten Things I Love Eating at the Beach

Ten Things I Love Eating at the Beach 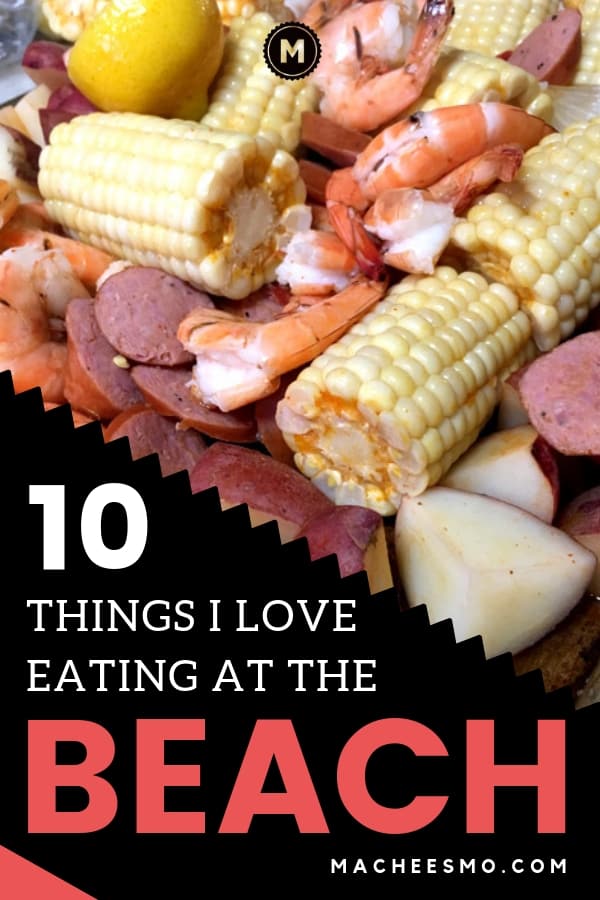 Every year Betsy and I take a trip to North Carolina to spend the week with her family at the beach. They have been going for almost 40 YEARS so it’s a pretty huge reunion at this point. It’s so important to her family that it’s actually where I asked her to marry me many years ago.

Even though neither of us is very well suited for beach – vampire levels of paleness – we rarely miss it.

While I always look forward to normal beach activities like early morning jogs, playing in the water, and building big sand castles, the food is obviously important!

In short, we eat well while we are there. But, at the same time, we don’t want to spend hours slaving away in the kitchen. (Or at least I don’t!)

Over the years, I’ve come to look forward to eating very specific things while we are there. I thought I would compile them together in a list. More importantly, be sure to comment if you have any good ideas for beach vacation meals!

Ever since we moved to a landlocked state, I basically try to eat as much seafood as possible while we are close to the source. Shrimp are a staple of the week and almost every meal is started with a few pounds of steamed shrimp as an appetizer. Over the years I’ve perfected my steamed shrimp method which I still use every year!

Speaking of seafood, I crave a huge bowl of ceviche every year. I usually make at least a scallop version and a shrimp version and sometimes toss in a third. I make big bowls of them and people snack on them with chips or toast. Hard to beat! I have a really basic ceviche recipe from many years ago, but honestly I usually just wing it these days.

This is always a hit at the beach and I’m never responsible for making it (bonus)! Betsy’s cousin is a fantastic cook and makes one of the best clam linguine dishes I’ve ever had. I tried to reproduce it many years ago, but this year I was reminded that his was still the best. 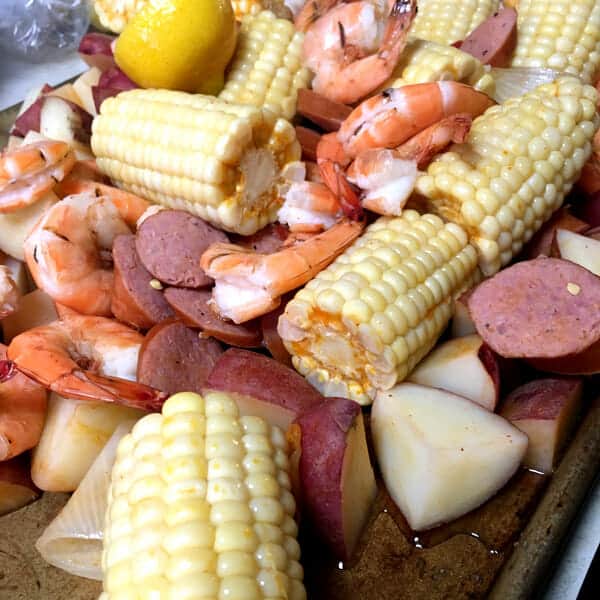 Notice a theme?! This is something I usually make during the week that, quite honestly, I still feel like I need to perfect a bit. It’s not that it isn’t good, but I think it could be better. I use red potatoes, fresh sweet corn, shrimp, and spicy sausage and various seasonings. The nice thing about this meal is that there is usually a ton of leftovers which I use for hash in the morning the next day! 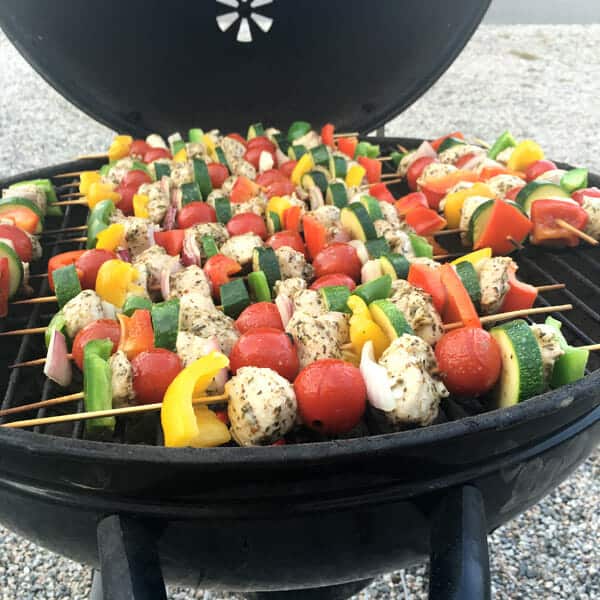 Grills are big on the beach because you can keep the house cool but still cook a good, hearty meal. We almost always have at least one meal that’s hot off the grill, even if it’s just hamburgers and hot dogs!

This year we had a nice treat. Betsy’s brother-in-law made these awesome homemade chicken souvlaki with lots of tzatziki sauce on the side. He marinated the chicken in olive oil, garlic, and lots of oregano. Big hit in my book!

There’s something about beautifully crispy and buttery garlic bread that just hits the spot after a day splashing in the waves. Here’s my version of my Hasselback Garlic Bread which is a rip-off from the most popular version made during our week at the beach! 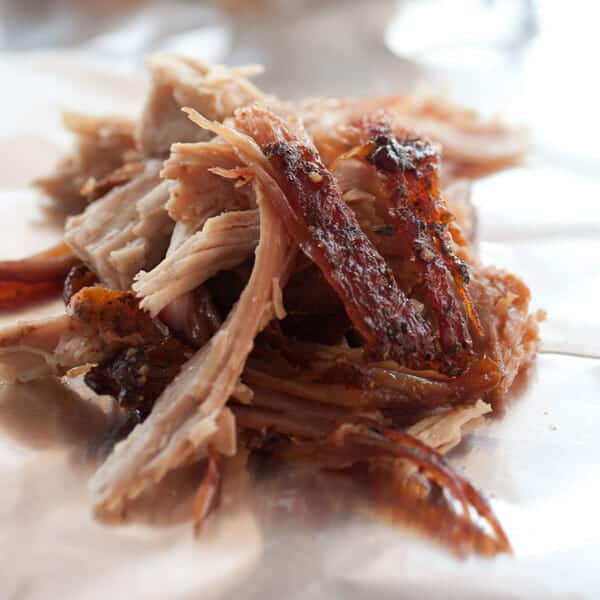 It’s not uncommon for there to be 20-30 people at a meal while we are at the beach. If you are in charge of a dinner, it’s almost like you are running a catering company for a night! A huge pork shoulder is always a hit for such occasions and I look forward to it every year, especially because I never have to make it! One of the family’s that comes every year brings their A game when it comes to pulled pork! All I have to do is show up and eat.

This is a fairly recent addition to our beach menu, but a very welcome one. Scallops are expensive, even at the beach, so we won’t really make a meal out of them for 30 people. We will sear off a few pounds of them though and serve them as an appetizer. Check out this definitive guide to searing scallops from The Food Lab if you want to try them. It’s exactly how I make them now. 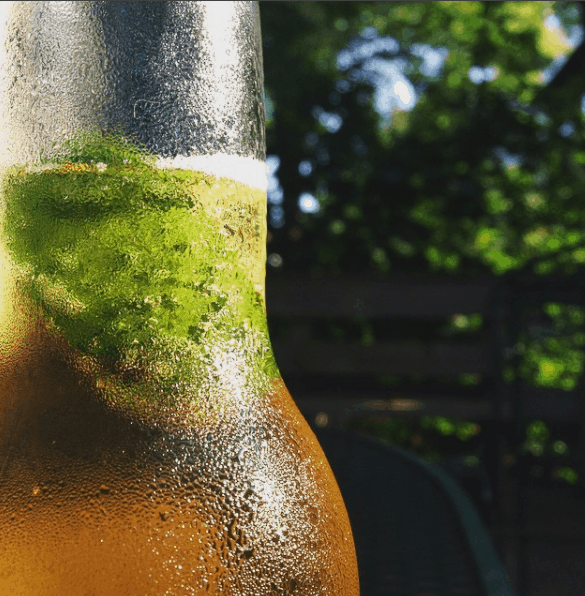 Okay. Not food exactly, but if I was ranking things by caloric count during my week at the beach, beer might be at the top *BLUSH*. And nothing fancy for me while at the beach. I like light beer, very cold, with limes. Done deal. 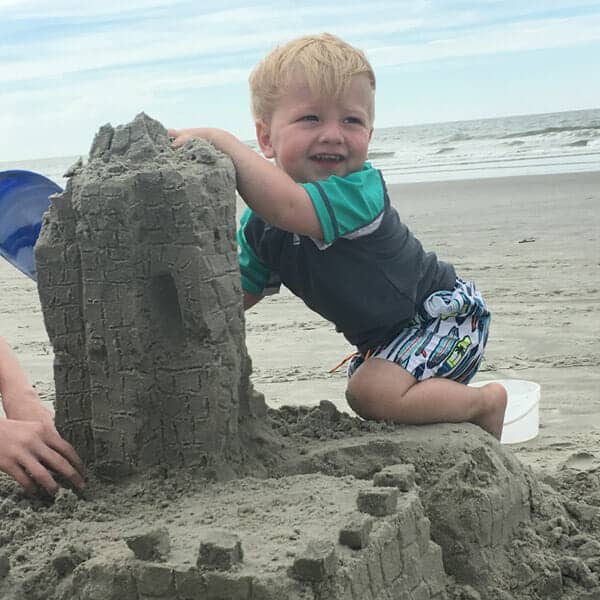 If you’ve ever been to a beach with a kid under two, you’ll probably witness handfuls of sand eaten. It’s a strange thing to watch because it clearly isn’t pleasant, but they go back for more.

Here’s a photo of my dude working on destroying my castle masterpiece. I believe he ate at least a dozen merlons! 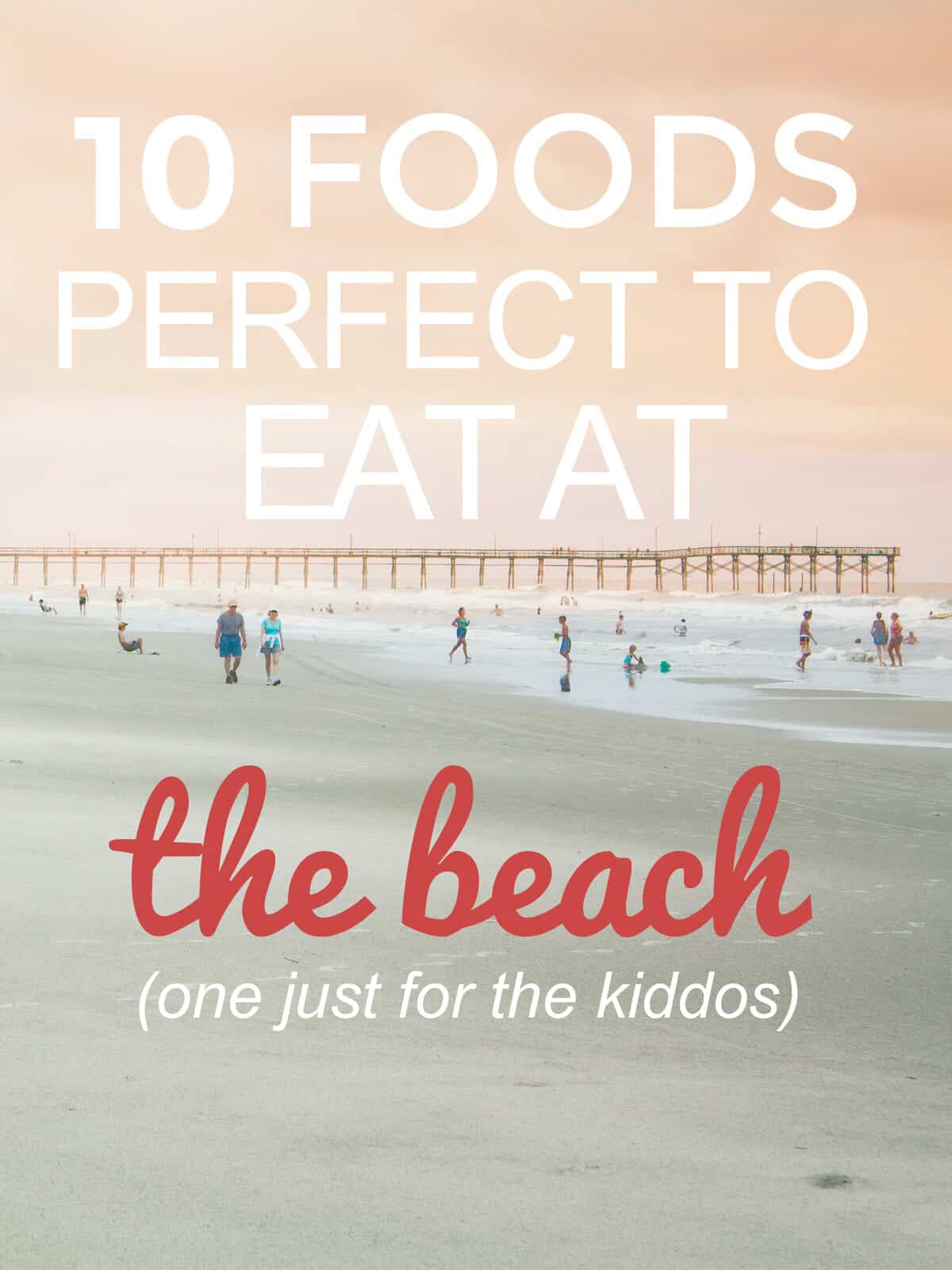