I’m still going to therapy for my knee about twice a month. At this point I’m just working on lateral stuff and sprints. The knee is feeling so much better and I’m really glad I had the second surgery.

So it doesn’t interfere with my day, I’ve been going to the very early therapy session at around 7AM. My therapy office is on the top floor of a hospital downtown so I get these beautiful sunrises in the mornings when I go. There are worse ways to start the day for sure. 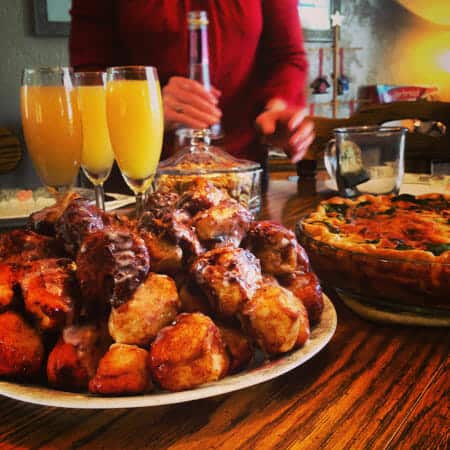 Betsy and I drove up to Wyoming for the holidays to visit my family. It was a really fun and relaxing visit. The above photo is from our Christmas brunch which was this monkey bread, a quiche, and vats of mimosas.

The one wild card for the trip was that we decided to bring Porter rather than board him for the week. We were seriously concerned because there was going to be a lot of kids around and Porter hasn’t been around too many kids. We were worried he would play too hard with them.

Turns out that he is the best with kids. He let them ride him around and tug on his hair and even play in his food. His best friend during the trip was my step sister’s cute little baby girl. When they were leaving she would always give him a huge hug. Super cute. 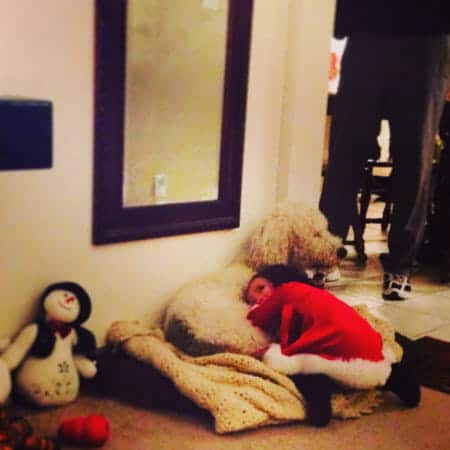 2013 was the year of the selfie. To be honest, I don’t take many selfies, but I figured for the holiday season I would get on the selfie train. Here are a few from the last few weeks that I took. And yes, I tied that bow tie and no I won’t tell you how long it took me.

I take an embarrassing amount of photos of my cat and dog. This is becoming more and more apparent as I get into a rhythm of uploading photos from my phone. Almost all of them are either of food or animals.

It is what it is.

I rowed in college for one year and spending some time on a rowing machine is still one of the best work outs you can get in my opinion. I’ve been trying to row once or twice a week recently.

These probably won’t mean much to most people, but it means I’m getting better! The top row is basically a race to 6,000 meters which I did 8 seconds faster than a few weeks ago and the bottom row is a timed 30 minute row (split into 5 minutes sprints) where I covered almost 100 more meters the second time. Far from the best times I’ve ever recorded, but headed in the right direction!

Oh, and speaking of workouts, I’m super proud of this sucker. With some encouragement from a friend, I made it through this pretty brutal run. This is the longest I’ve ran in probably three years. If you can’t read it, the total distance was about 7.5 miles. As you might imagine, it hurt, but then it felt good. 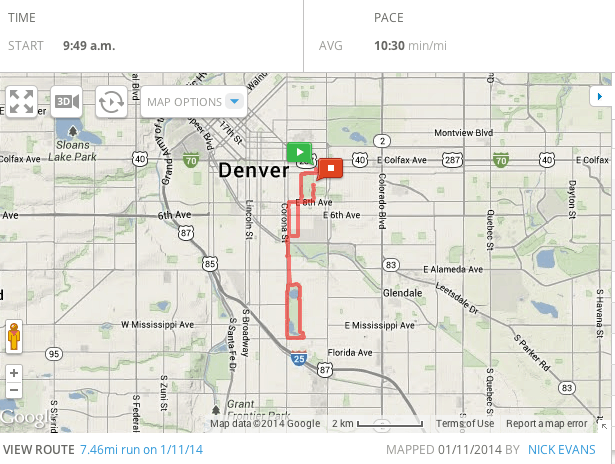 Bets and I have been in the middle of a six month project to re-upholster some furniture in our living room. We finally got the last two pieces back! These two wingback chairs are from her mom and we picked out the fabric on our own. I love how both turned out but I especially like the patterned one. 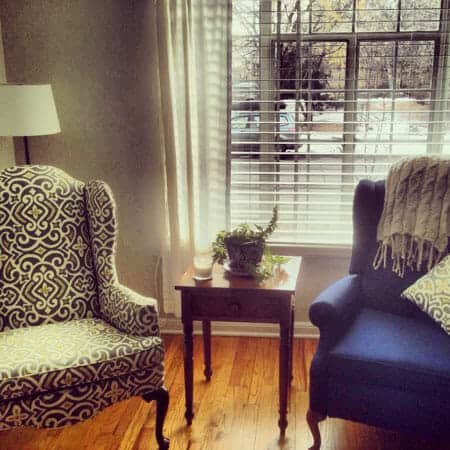 This one is a bit embarrassing, but Betsy made me include it. She stole an old trophy from my childhood room while we were in Wyoming. It’s an old speech and debate trophy from 1999. I think she liked the trophy because most trophies depict some sort of action and this is the most action you’ll see in a speech and debate tourney.

This is now hanging in our living room.

Over the holidays I started reading The Dark Tower series which has been on my list to read for a really long time.

I bought the first book brand new from a local bookstore and someone had left a note in the middle of the book. How cool is that?! 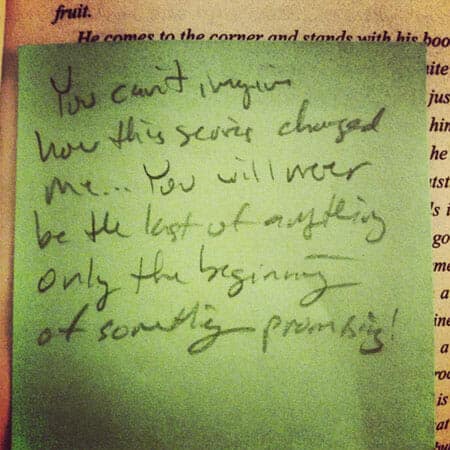 If you can’t read it, it says:

“You can’t imagine how this series changed me… you will never be the last of anything only the beginning of something promising!”

I’m not entirely sure how that fits in with the series because I haven’t read it yet, but it makes me excited to dig into it.

13 Responses to “Snippets: Selfies, Sunrises, and Trophies” Leave a comment