Last week it got the coldest that it has gotten in Denver in five years (according to every weather person or radio talking head in the greater Denver area).

I didn’t quite get what the big fuss was about because I grew up in Wyoming and, for example, while it was -5 in Denver, it was -25 where I grew up. SO I was kind of meh about it. Betsy though, pulled out her full winter gear which is super cute. Also, Tipsy decided to do nothing but snuggle on our bed for four days which makes complete sense. 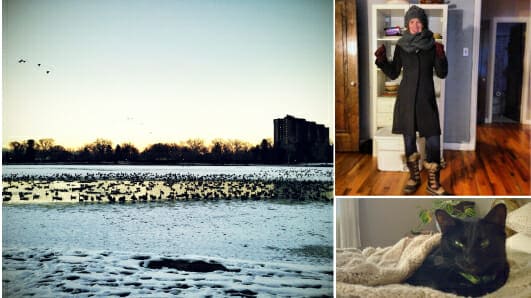 Betsy and I threw a holiday party last weekend and had about 20 friends over for snacks and drinks. We bookmarked this punch out of Bon Appetit that we wanted to make and only later found out that the ingredients for it cost well over $100 for what ended up being essentially jungle juice. Did we drink it all? Why yes, of course.

I also cured some salmon, made mini tacos, a huge bowl of popcorn, and some bourbon balls for dessert!

We didn’t have many leftovers so I’ll take it as a success. 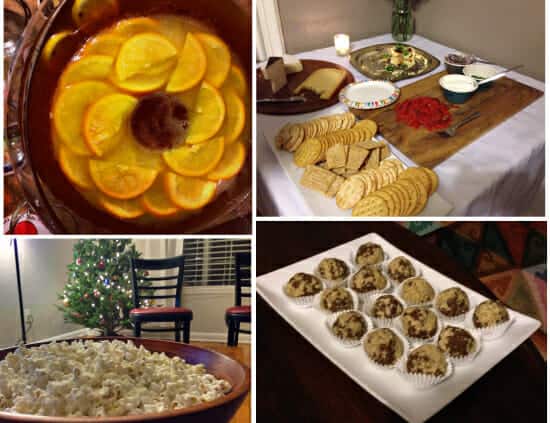 The next day Betsy and I were in rough shape (THANKS TO THE PUNCH) and she came up with the genius idea to take our leftover taco fixins’ and make these suckers.

It’s a hard shell taco, filled, and wrapped with a soft tortilla with guacamole between the two. 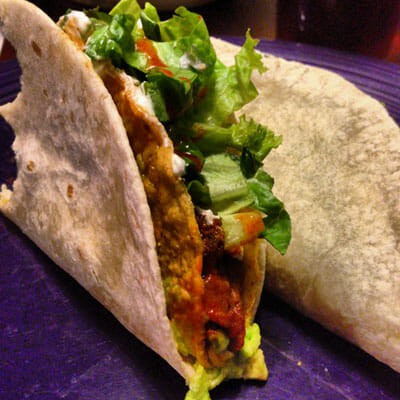 My buddy Nick had a spare ticket to the Broncos game on Thursday night so I gladly accepted and we headed over to the stadium. We had great seats and got to see Terrell Davis from afar.

Also, after the loss, I borrowed our seat neighbor’s badass homemade broncos hat and snarled at Chargers fans.

We love getting a real Christmas tree every year and while we were living in Grand Junction we were able to go cut our own. We could do that in the Denver area but we would have to drive a bit. This year we just got one from a tree stand place down town.

Betsy’s mom, meanwhile, sent us a ton of old ornaments. I mean really old. Some of these ornaments are over 100 years old!

So, we have quite the antique tree this year! 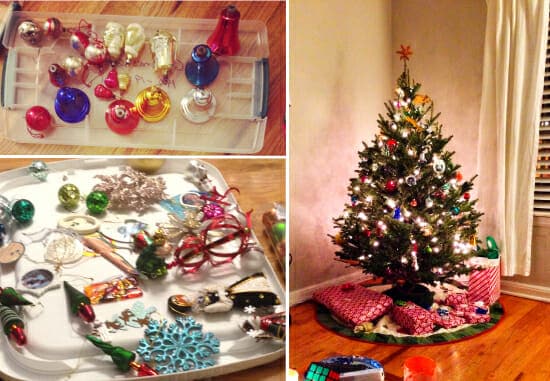 Since we are going out of town this week to visit my family for Christmas, Betsy and I went ahead and opened presents early.

I got her this doodle T-shirt which I think was her favorite present out of the bunch. 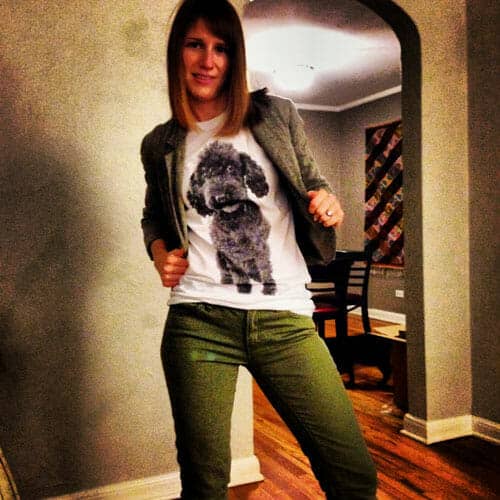 Ever since we’ve moved to Denver, I’ve been trying to be better about reading the paper every morning. We subscribe to the Denver Post and I generally like it with one small gripe. Most interior pages of the paper are completely dominated by ads.

I took an average interior layout from last week’s paper and actually measured, by area, the ad-to-content ratio. SIX PERCENT of the spread was content.

I was trying to imagine if other things I saw were 94% ads. What if Google results were 94% ads? What if you watched 6 minutes of a TV show and then sat through 94 minutes of commercials?

I get that newspapers are failing, but nobody sees these ads. I get completely ad blind when I read the paper now. 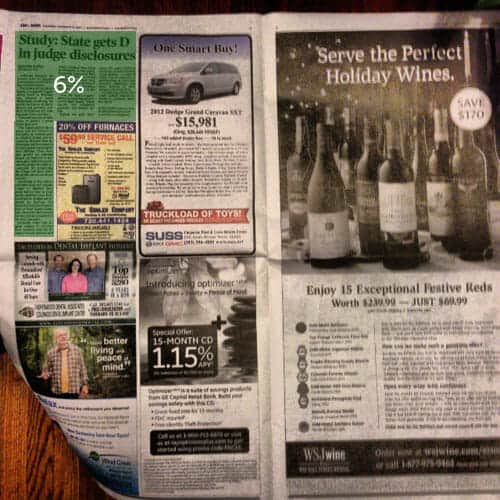 We had a busy few weeks and it only is going to get busier with the upcoming holidays! I wouldn’t have it any other way though!