This is a new series on Macheesmo that shows life from the point of view of my phone.

We got our first big snow in Denver the week before Thanksgiving and while I thought that would mean snow fights and dogs frolicking, what it really meant was wrecks. 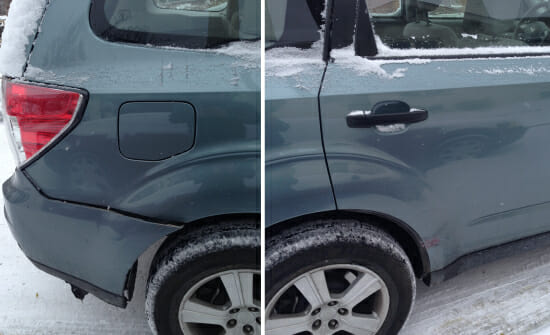 I was driving along at an incredibly slow speed on a very icy road the day after our first big snow. I crossed through an intersection and before I knew it I saw a car sliding toward me. They had a stop sign, but could very clearly not stop.

We both got out and had a bit of a laugh about it. It was clearly the other driver’s fault, but mostly the fault of Mother nature. We exchanged info and went on our way.

I had never actually been in an accident before but I figured this looked very minor. Well, after an insurance inspection and auto-body trip, it turns out that it’s over $3,000 worth of damage. They have to replace the entire bumper, rear panel, and rear door!

Be careful driving out there this time of year!

Last week was Thanksgiving and Betsy and I spent the whole week in Nashville with her family which was fantastically relaxing.

While we don’t normally go out to eat much, for some reason the week before Thanksgiving was packed with really delicious dinners for us. 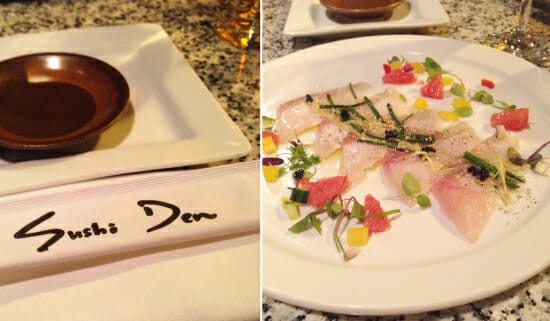 We went out to a Denver institution, Sushi Den, the weekend before we flew to Nashville for Betsy’s birthday dinner. Even though Denver is in a landlocked state, the sushi was some of the best I’ve had. It wasn’t exactly cheap, but it was very delicious and perfect for a special night out.

Our server was particularly excellent and helped me find a few new saki varieties that I loved. I promptly forgot the names of them, of course. So it goes… 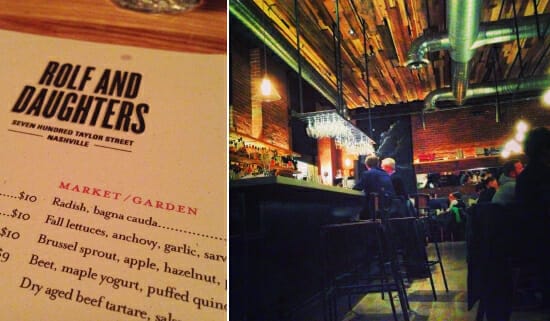 When we got to Nashville, Betsy’s mom had made reservations for us over a month ago at Rolf and Daughters which was recently listed as one of the best new restaurants in Bon Appetit.

I’m not really one to take a ton of photos during dinner, but if you get a chance to go here it’s definitely worth a stop. Love the atmosphere and every plate is fantastic and hard to replicate at home (something I always appreciate). The pastas were especially interesting which is rare in my experience. I had an octopus bucatini that was perfectly cooked and Betsy had a tree nut ragu that was very unique (going to try, and probably fail, at making it). 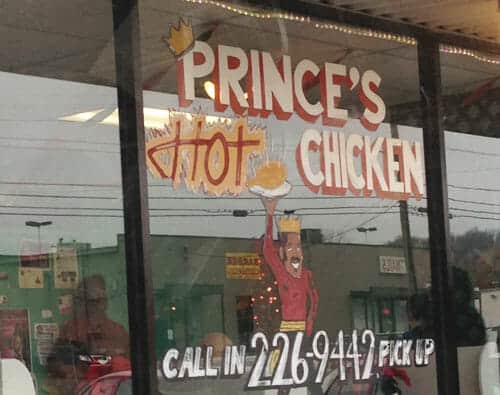 I made a mental note a long time ago to try Prince’s Hot Chicken out the next time I was in Nashville. It was featured on Diners, Driveins, and Dives and a few people told me to check it out. I went by myself for lunch one day expecting a quick meal.

To be honest, I was disappointed. I mean, it was fine fried chicken, but it took almost an hour to get my order (fried chicken). While I waited I tried to figure out what could possibly take so long and I still haven’t figured it out. Sure, they were busy, but it’s fried chicken. Put it in the frier. Pull it out. I can cook fried chicken for 20 in my home kitchen in the time it took them to make mine.

I digress. The chicken was fine though. Not the best I’ve had and, in my opinion, not even the best I’ve had in Nashville. It is unique though (very spicy). My only advice? Follow the directions on their window: CALL IN and PICK IT UP. Waiting is a nightmare.

All of these meals happened before Thanksgiving! Usually I try to take it easy and eat light before the big day but oh well.

Anyway, I cooked Thanksgiving for about 10 people. A smallish affair, but it was good food and good company. I already posted the basic menu that I cooked last week. I was in charge of most things, but had lots of help setting stuff up and also providing emotional support which is half the battle! 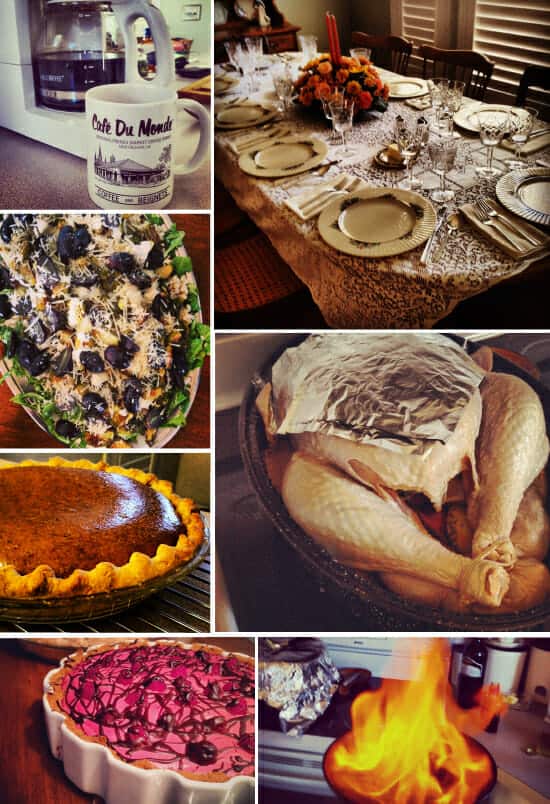 And yes. That pan on fire was planned! (Recipe) 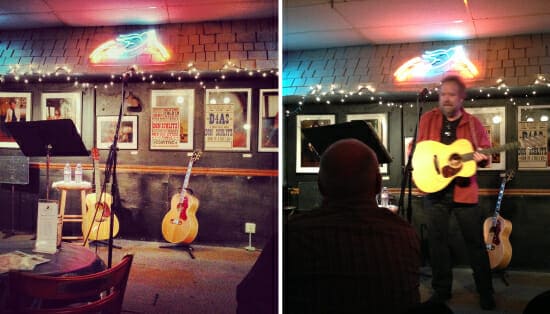 It’s not a trip to Nashville without a little live music! We were able to snag a few tickets to see Don Schlitz at the famous (and now more famous thanks to the show Nashville) live music spot, The Blue Bird Cafe.

I’ve been to The Blue Bird a few times and always love it. It’s unassuming and in a strip mall, but some of the best song writers of all time have performed there.

Don Schlitz is sort of a Nashville legend. You maybe haven’t heard of him, but I can guarantee you that you’ve heard one of his songs, probably most notably The Gambler. It was really awesome to hear him sing and play his own songs. Turns out he also a hilarious man and I was laughing non-stop throughout the show. 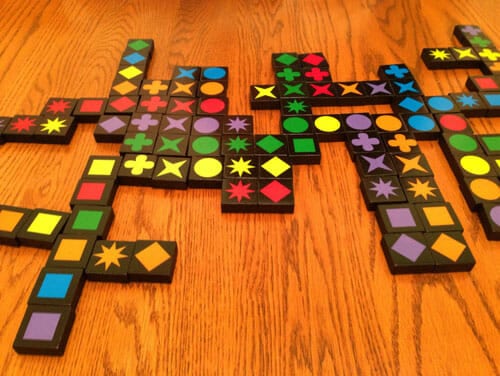 I love (LOVE) board games and we played this one a few times over the week. It’s called Qwerkle and very easy to learn. You can play with two or a bunch of people. It’s essentially like scrabble but with colors and shapes instead of words. Easy to learn – hard to master! (I’ve yet to win a game.)

Hope everyone had a lovely Thanksgiving and Hanukah!