This is a new series that I’m trying out called “Snippets.” I take a ton of photos on my phone and I’m trying to get better at it so I’m going to start posting some photos every week or two.  Hopefully, the photos will be not totally boring and show you all what I’m up to besides just cooking!

There’s no real rhyme or reason to the photos I’ll post. Just whatever strikes my fancy from my phone.

It’s fall in Denver and it has been just beautiful. The weather has been perfect, Betsy and I have been able to go on a bunch of fun hikes, and the leaves actually turned colors!

While I was cruising around last week, I stopped behind what was probably the most aggressive bumper sticker I’ve ever seen.

Beyond being a real commitment to a pun, I have to think this sort of thing is illegal because there’s no way the driver can see what the hell is happening. 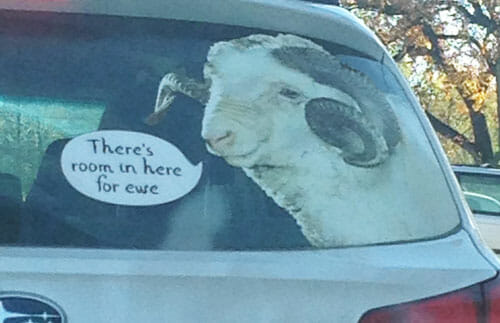 I got a big box in the mail two weeks ago and I said to myself, “Wow. This feels like a box of rocks!”

Turns out I was right. It actually was a box of rocks. Betsy got an old rock collection from her family and she had this idea of making bookends out of the rocks. I was skeptical that this would work, but it turned out to be a Pinterest-worthy crafts project. 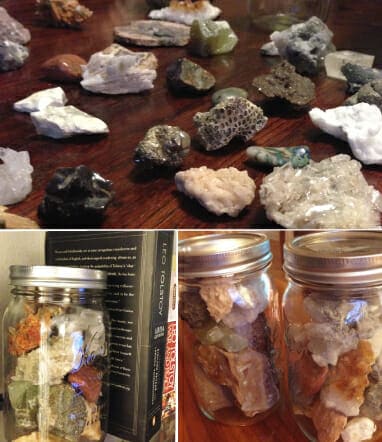 I must say we have done a great job of getting out and about around Denver over the last few weeks. For starters, we caught a matinee for The Book of Mormon which exceeded my expectations. It was incredibly vulgar and hilarious.

Definitely recommended, but maybe leave the kiddos at home. 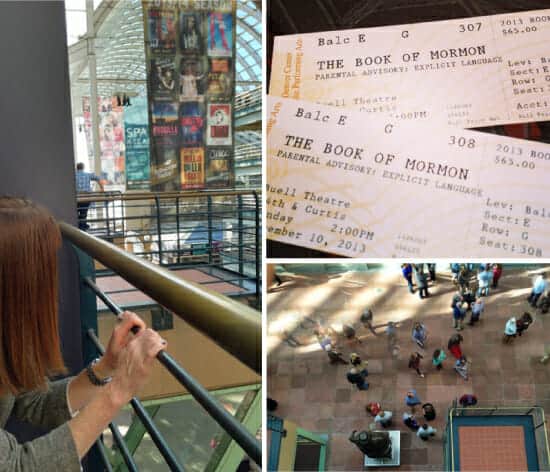 Then we also had tickets to a bluegrass band with some friends. This show was at night and confirmed that we are, in fact, getting old. The band we were seeing was called Mountain Standard Time and the tickets said the show started at 9PM. We had never seen them before or heard much of their music.

So, we show up at 9:30ish and there is this great band playing. We dance, have a few drinks, dance some more, and are totally loving them.

SO that was the opening band and it was now 11:30PM and we were exhausted. SO we left. OOPS.

The kicker? I have no idea what band we actually liked and listened to. If anyone can identify this band from the grainy photo and through the fake beards they were wearing, please comment. 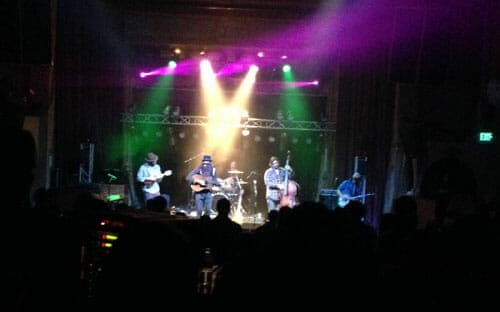 I’ve been getting into biking around Denver with one small problem: my bike sucked. I did my best to fix it up, but it got to the point where I couldn’t ride more than five blocks without something breaking on it.

So I finally bit the bullet and traded it in for a sweet used and refurbished road bike. I’ve had this bike for a week now and totally love it. I’ve put at least 20 miles on it this week. 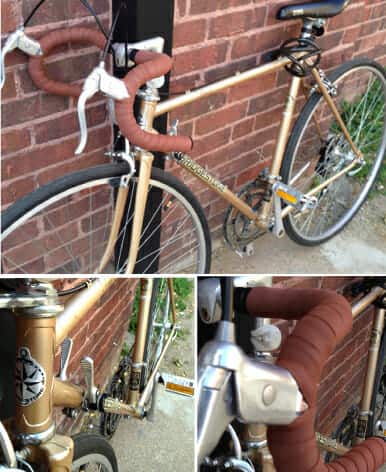 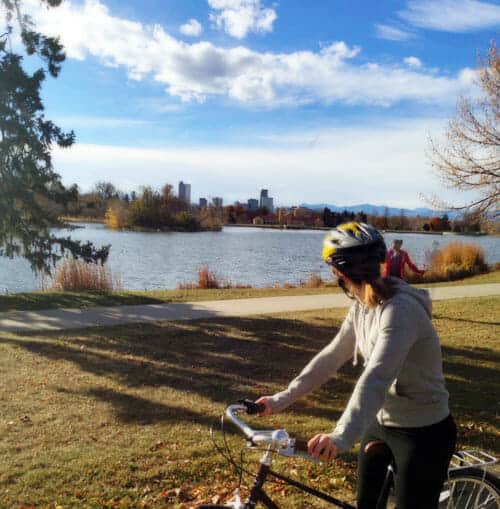 If you think it must be wonderful living with a food blogger, I’ll remind you of the time six months ago that I started a major kitchen fire. 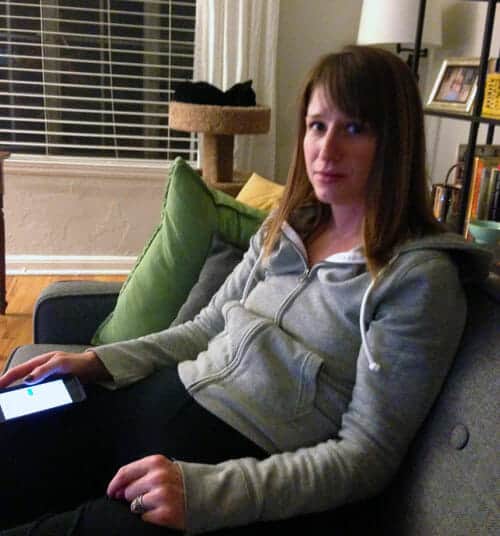 But, no worries. It was just some oil that dripped onto the oven base and I was able to clean it up in a few minutes (the oven needed a cleaning anyway). So all is good!

Hope you guys liked the Snippets! I’ll try to do a post like this every few weeks!

6 Responses to “Snippets #1: Fall in Denver” Leave a comment