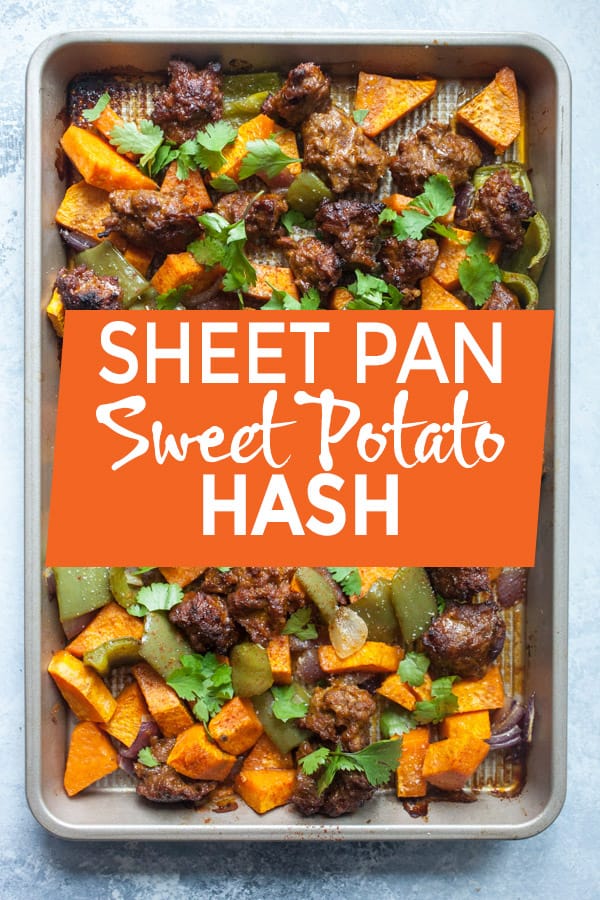 This was my first hash of fall and will be followed by many others, although possibly not many better. I love so much about it, but mostly the flavor combo of the spicy chorizo and sweet potato (also featured in my fave taco recipe!) While this recipe does take about an hour to make, it’s mostly just because you want to give plenty of time for the flavors to combine on the sheet pan.

Once you get it in the oven though, it’s dumb easy. Stir it occasionally, or don’t, and at some point make some eggs however you like them, and the hash is ready for plates! This Autumn Chicken Sheet Pan Dinner is another easy dish with a similar vibe.

You should make this sheet pan sweet potato hash with chorizo this weekend. There’s still time!

This warming hash couldn’t be easier. Toss everything on a sheet pan (keep it chunky) with some chorizo and bake it off. Served with a few eggs and brunch is done!

My first tip on this recipe is to not over-chop the veggies. Use a “lazy” chop and keep it very chunky. If you dice them too small they will get too mushy in the oven. Drizzle the veggies with a little olive oil, but not too much as the chorizo has plenty of fat in it also.

Spread the veggies out on a baking sheet and then dot the sheet pan with chorizo. I kind of just space it evenly in little meatballs. 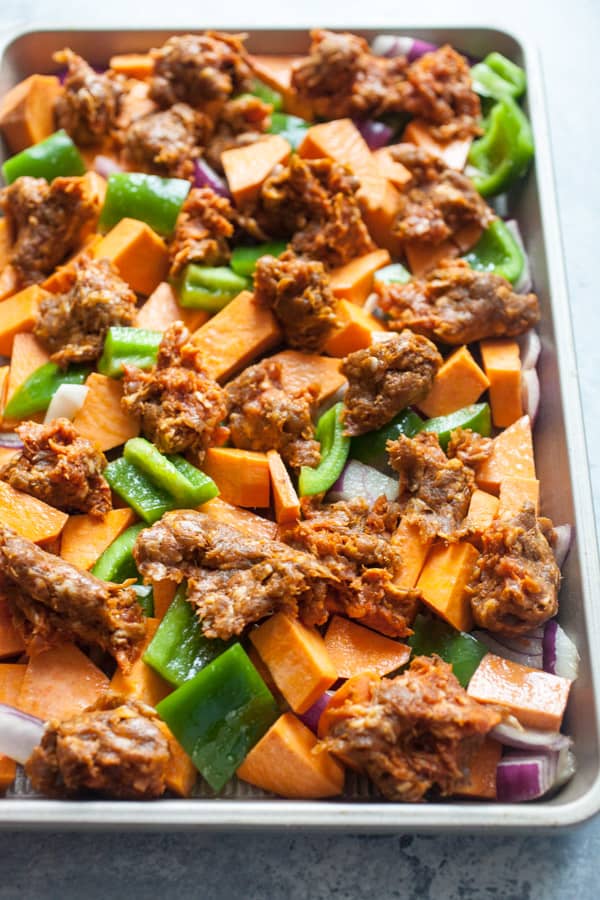 This will need to bake for close to an hour, probably 45-50 minutes. It’s hard to overcook honestly. You can stir it occasionally or not if you want some edges to get really browned. I didn’t even peak at it in my oven until about 40 minutes of baking.

At some point, make some eggs! I went sunny-side up, but it’s your world.

When the sheet pan is done, the veggies will be fall-apart tender and the chorizo browned and cooked through. Garnish the whole thing with smoked paprika and fresh cilantro and it’s ready for a brunch table.

For some reason, I like to serve this sweet potato hash in shallow bowls. Toss an egg on top and brunch is done! 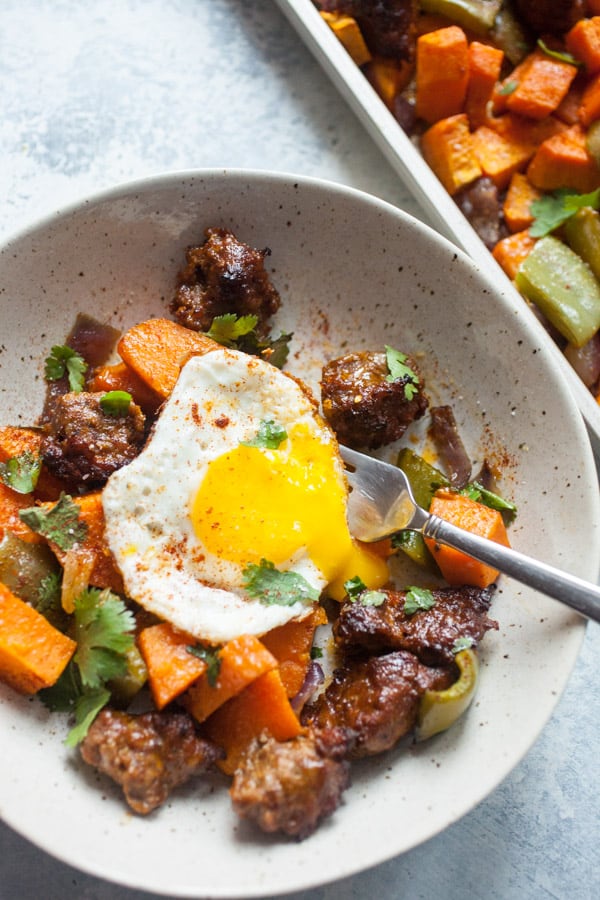 Here are a few other great Sweet Potato recipes!