There are very few times in life when you’ll hear this from your doctor: You need to drink more milkshakes!

But that’s honestly what Betsy’s doctor told her a few months ago. She was a bit behind on the weight gain for the pregnancy and in fact she lost weight for the first four months or so.

I guess it turns out that isn’t so uncommon, but I was freaking out a bit because if I can’t fatten up my pregnant wife, it could be argued that I have failed as a food blogger.

So when the milkshake prescription came in, I kicked it into high gear. This creamy, spicy pumpkin situation was one of the best ones we’ve made over the last few months. It’s easy to mix together and has great fall flavors.

Simple and easy creamy recipe for Pumpkin Milkshakes laced with spices and a touch of molasses. Whipped cream is a must also!

The only important thing to note about this recipe is to make sure you buy pureed pumpkin and not pumpkin pie filling which has all kinds of additives in it. Just get the 100% pureed pumpkin and then you can add in the spices you want.

For these Pumpkin Milkshakes, I chose cinnamon, nutmeg, and allspice!

If you make it yourself, just whisk together some heavy cream with a pinch of sugar and a dash of cinnamon. Easy enough.

Put the stuff in the blender.

Blend it up until it’s smooth and creamy!

Serve it up in glasses with whipped cream and a sprinkle of cinnamon.

These Pumpkin Milkshakes are rich and creamy and even a small serving of it is really filling and a perfect dessert.

Bets is eating better these days and has been gaining weight (healthily), but I’ll be honest… we still eat milkshakes a few times a week. 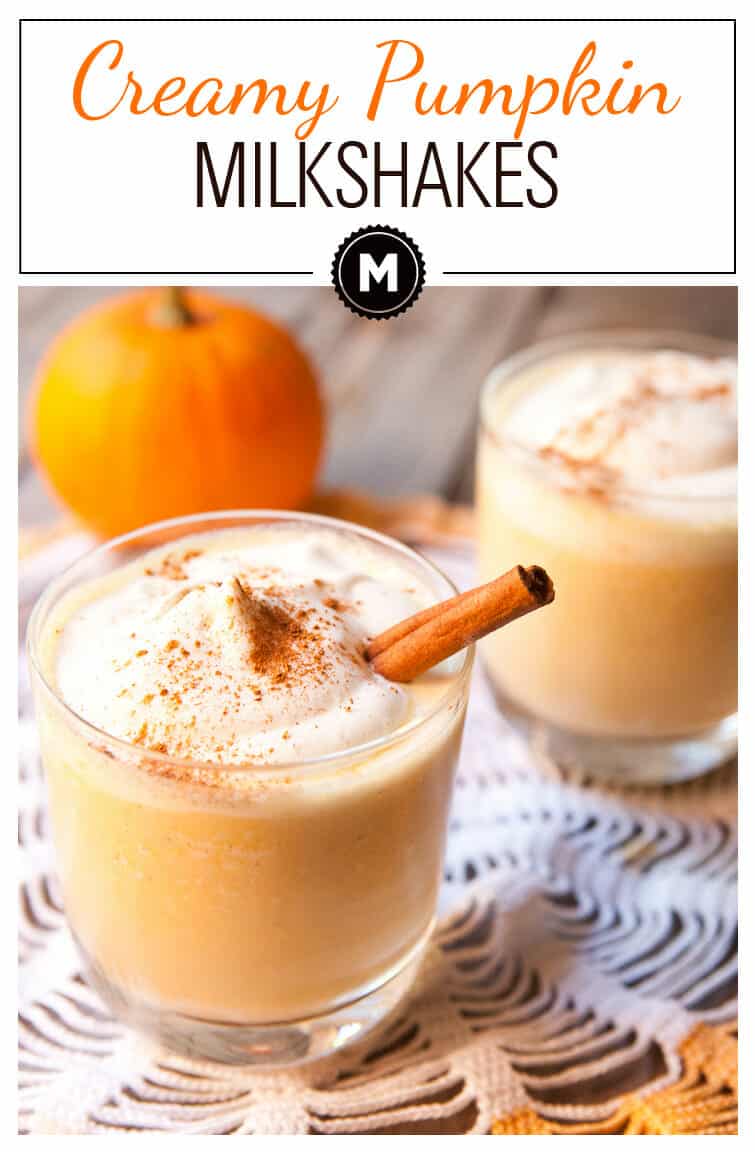