Over the weekend I had two things I wanted to accomplish: pack for our move and edit some photos from Italy!

I knew that if I didn’t edit them now, I’d probably never do it. A lot of people asked me to share a few of my favorites and I’m happy to oblige!

As background, Betsy and I decided to not take a super-traditional honeymoon where you just sit on a beach somewhere and drink pink drinks not because we don’t like pink drinks but more because we get sunburned really easily.

So we decided to jaunt around Italy for two weeks! I’ll be completely honest and say that Betsy planned almost 100% of the trip so I can’t take really any credit for its awesomeness.

ROME. We started our honeymoon by chilling in Rome for 4 days. We walked probably 10 miles a day. As a rule we tried to walk a lot everyday on the trip to combat the huge amount of food/wine we consumed everyday.

Rome was an amazing city though and really puts things in perspective when you think that some of the ruins and stuff are ten times older than America. 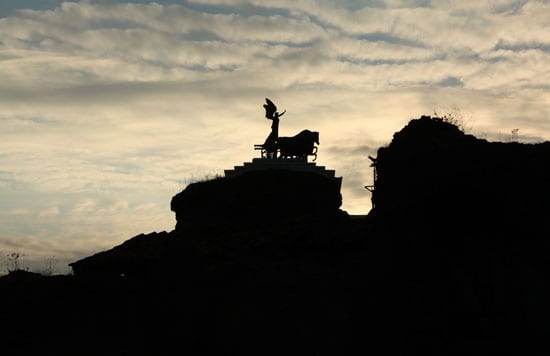 On day two at Rome, we walked to Trevi Fountain which is one of the more impressive fountains I’ve ever seen. What’s more impressive is the throng of tourists I had to ninja-chop through to get this photo! 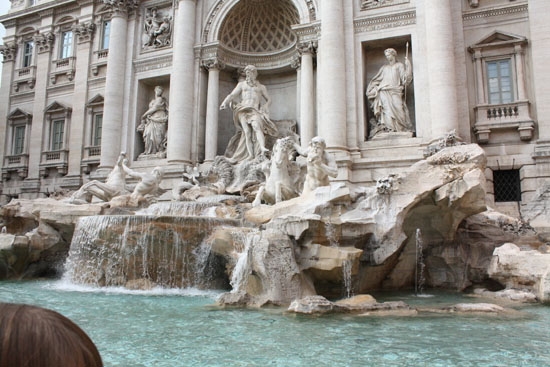 We were staying down by the Colosseum and so we typically walked by it at night. We, of course, went inside it one day, but I thought it was way more stunning at night because they light it up and it’s all pretty. 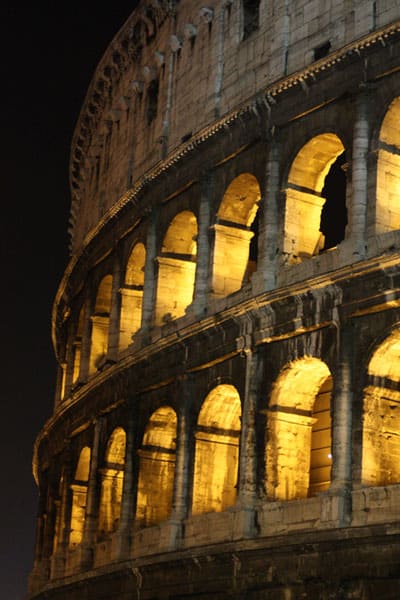 One day we went to Vatican City which was kind of a trip for me. My favorite part by far was when we climbed to the top of St. Peter’s Basilica. The view was, umm, impressive.

After our time in Rome, we took a short train ride to Florence and then a rather interesting bus ride to a small Tuscan village called Greve. I say it was interesting because it turns out that they don’t label the bus stops in Tuscany so you just have to kind of guess when it’s your stop. We guessed wrong the first time and a nice old man had to help us chase down a bus!

But we eventually got to where we were going.

Greve. For things that Betsy and I enjoy (food, wine, insane beauty), it’s hard to beat this place.

This was the view from the small farm we were staying on. 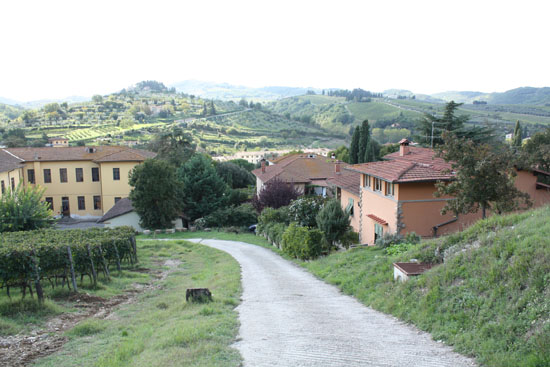 Tuscany is known for many things obviously but wine and cured meats must be at the top of the list. Living in America I sometimes think that charcuterie is a lost craft, but it’s not. It’s alive and well at the many small salumi stores in Italy. 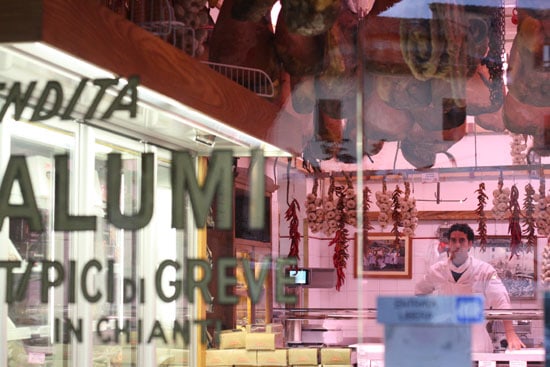 Our second day in Tuscany Betsy and I rented bikes and biked to a close town called Ponzano. The biking was a bit scary. Ok. Not even a bit. It was completely frightening. But we were well-rewarded when we got there with a visit to the Ponzano Butcher. (The one from Heat if you’ve read it.)

Betsy and I built a little picnic for lunch with some good bread, salami, fresh lardo, cheese, and fruit.

It was actually one of our favorite meals during the trip! 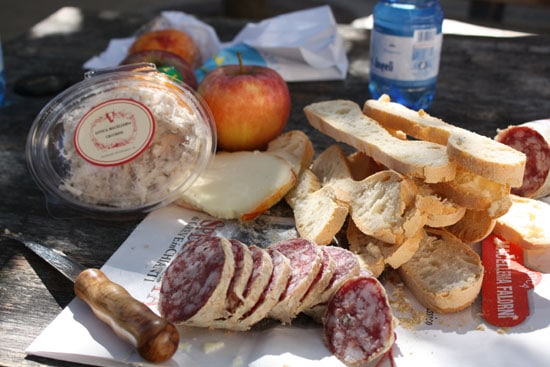 The bike ride was filled with some of the most beautiful scenery I’ve ever seen. I mean, it doesn’t even look real to me.

Florence. Our time in Florence was brief, but I really liked the city. It was a bit slower (and prettier I think) than Rome and there were not as many tourists. We went to a few museums and stuff but I won’t bore you with photos of more statues.

We did go to a cool market though! The variety was so much more than what I’m used to here in the States. You could buy almost any part of any animal that you could name! It was impressive. 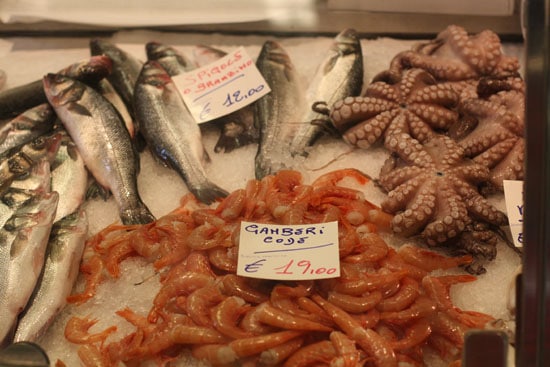 I got a little artsy at night time. We hiked up to the top of a hill overlooking the city and had a picnic dinner. 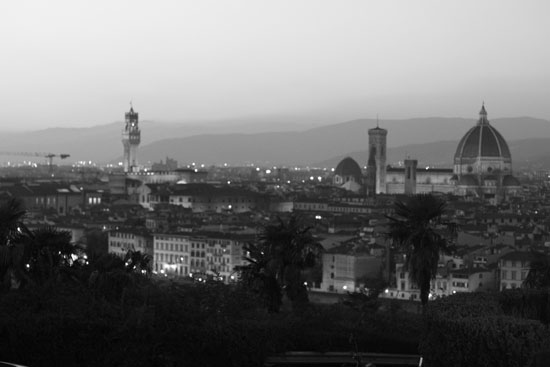 The best part of Florence though was that Betsy found out while we were there that she passed the bar! This is most excellent news because it means that she has a job when we move across the country!

The next part of the trip was the part I was most nervous about. We rented a car in Florence and drove all through Italy to a small beach town called Positano. (Google Maps says 6 hours. I did it in 5. BOOM!)

Driving on the coast was pretty scary though and Betsy had marks on her hands for a few days from gripping the seat belt so tightly.

Positano. The reason it was so scary is because you’re basically driving on the side of a very steep cliff. That’s the price you pay to get to this place. 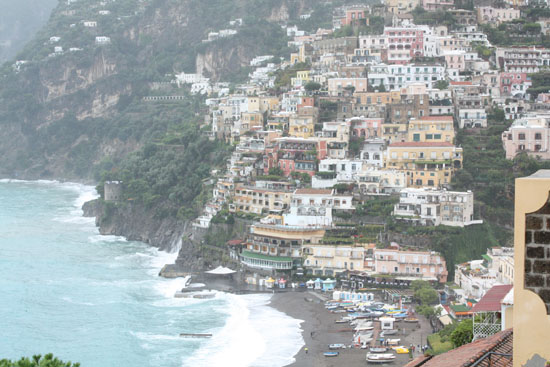 So we did get in a little beach time after all. Of course, it rained one day we were there but that was just fine with us. It turns out that Prosecco tastes the same (and possibly better) in the rain so whatever.

Oh and if you were wondering, school children in Italy do the same thing on school buses that I did twenty years ago and thousands of miles away: Make funny faces out of the back window! 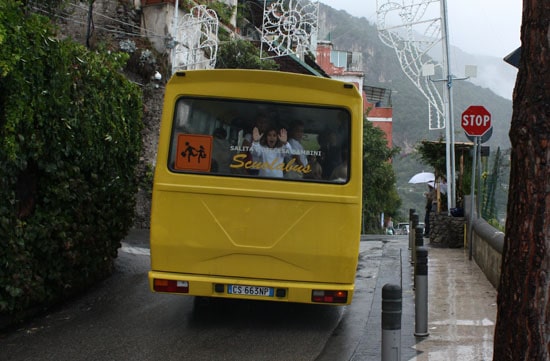 We walked around a lot in Positano but there was only one road in the town and it was a one way street that was pretty darn narrow. Plus many portions didn’t have sidewalks.

This resulted in occasions where I thought I might lose my lovely wife to a careening van.

Case in point. What you can’t see is the cars are going about 40 miles an hour. And they don’t slow down. No matter what. 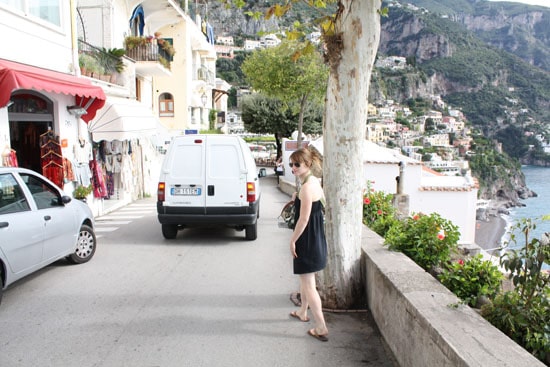 While we were driving I definitely had the impression that we were driving on a cliff. It was a perilous feeling. Only later (and when we had walked below the road), did I realize what the road situation was really like.

Positano was beautiful though and definitely one of those weird places that you only see on Travel Channel specials.

Pompeii. Pompeii was basically on our way back from Positano to Rome and was a place that both Betsy and I have always wanted to see. Ever since I was a kid I’ve heard about the ruins and the crazy preserved stuff from the volcanic eruption.

It was probably my favorite ruins thing that I saw on the trip. My favorite part was that the whole time you’re walking around, Vesuvius is looming in the background. Kind of eerie really. 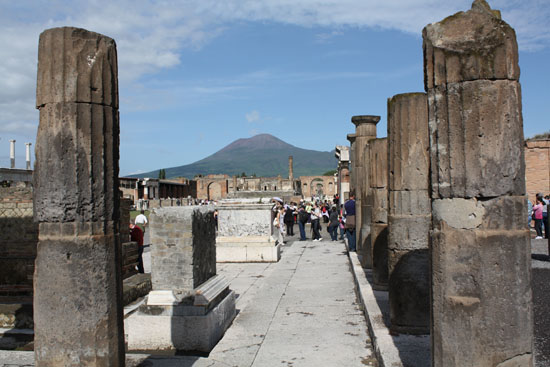 The next day we flew out and after a pretty uneventful flight, we were home safe and sound!

It was definitely the trip of a lifetime for us and I can’t imagine anyone that I would’ve rather spent it with! 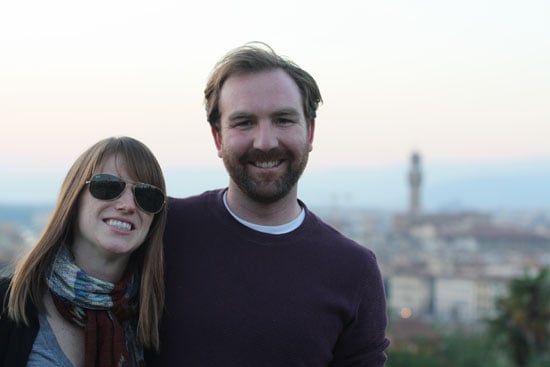