Last month Flatout Flatbreads sent me a big ole box of their new Thin Crust Artisan Pizza Crusts to play with. The crusts were pretty awesome and I made a few quick pizzas for me and Betsy. In fact, it was almost too easy to write about. I mean… you take the crust, top it with what you want, bake it, and it’s delicious. Not rocket science.

So I started playing around with other uses for the crusts. The most successful thing I tried, which inspired this game-day-approved pepperoni pizza dip, was using the crust for chips, sort of like you would with pita bread. Because the crust is thin, the chips get really crispy and are perfect for dipping.

You could use the thin crust chips for any baked dip really or you could use pita chips for this pepperoni pizza dip if you can’t find the pizza crusts.

Whatever you use for dipping, the pepperoni pizza dip is legit. Bookmark it for game day.

Pepperoni pizza dip perfect for a casual party or game day appetizer. There’s enough to share (or not)! I serve mine with baked pizza crust chips.

2) In a large skillet, add olive oil over medium-high heat. Add diced onion and green pepper and cook for a few minutes to soften. Then add most of the pepperoni (reserve some for topping) and pizza sauce. Simmer ingredients together for a minute or two and then remove from heat.

3) In a 1 1/2 qt. baking dish (or 8×8 baking dish) spread cream cheese in the bottom of the baking dish. Top with half of the Parmesan cheese. Then layer in all the sauce and pepperoni mixture. Top sauce layer with mozzarella and sprinkle with extra parm, extra pepperoni, and dried oregano.

For Pizza chips: Cut pizza crust into chip sizes. Spread out on a baking sheet and drizzle with olive oil, salt, and pepper. Bake chips at 350 degrees F. for 8 minutes until they start to brown and get really crispy. Stir them once or twice as they bake and keep an eye on them as they can burn quickly. They will continue to crisp up as they cool.

This dip is all about the layers. There’s a layer of cream cheese and a layer of melty mozzarella. In between those two is a layer of pepperoni pizza sauce.

I started it with some olive oil in a skillet with diced onions, green peppers, and diced pepperoni. I used about four ounces of pepperoni for this whole dip but saved some in bigger chunks for the topping on the dip.

Cook that for a few minutes until the veggies soften and then add the pizza sauce. Once that’s all combined, remove it from the heat.

While that is getting saucy, spread some cream cheese in the bottom of your baking dish and sprinkle it liberally with Parmesan cheese.

Then layer in the pepperoni pizza sauce that was simmering and top with handfuls of mozzarella cheese. You only need about a cup, but who’s counting really?

Then, just to make my dip pretty, I topped it with some larger pieces of pepperoni, onion, and green pepper. Season it with a little dried oregano and it’s ready for the oven!

As far as the pizza crusts go, they look like this! They are nice and thin and bake quickly. You can make a thin crust pizza in like 10 minutes.

I chopped mine up and spread them out on a baking sheet. After drizzling them with some olive oil and seasoning them with just salt and pepper I baked them for about 8 minutes at 350 degrees (stirring them once) and they were crispy and perfect. These cook quickly because they are so thin.

When your chips are done and your dip is done, you know what to do.

This is a dip that you should probably share, but you should definitely make, especially considering football season is, like, RIGHT THERE! 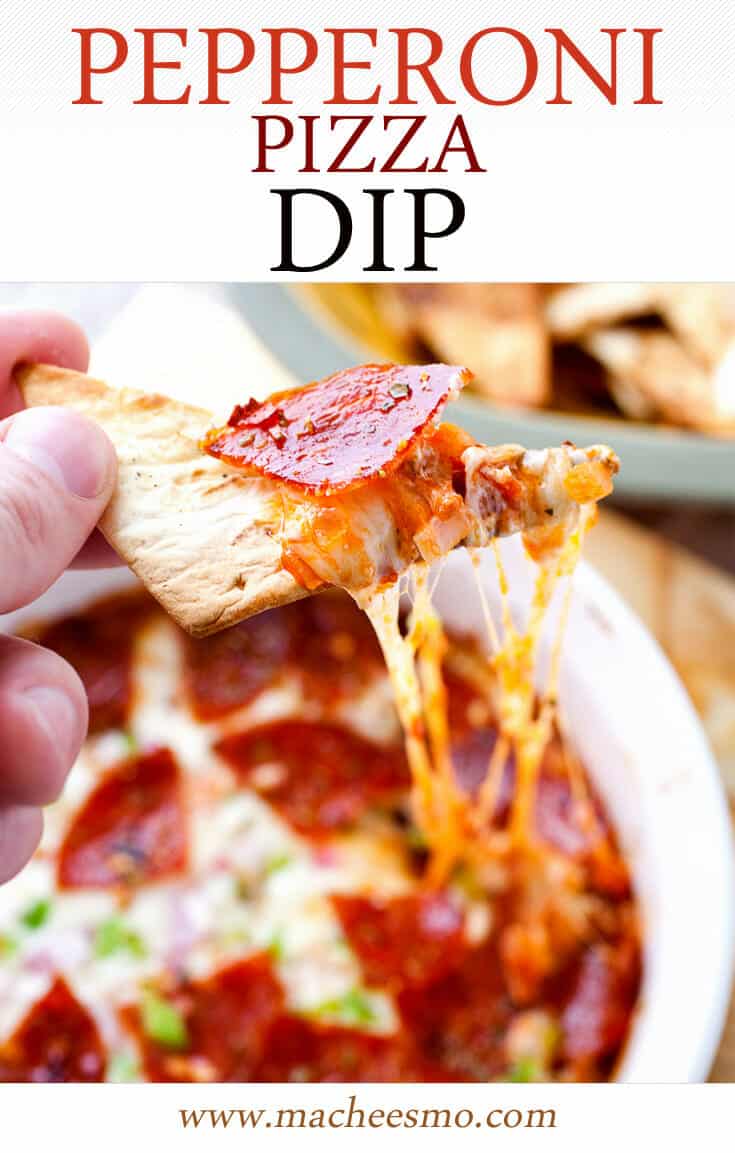 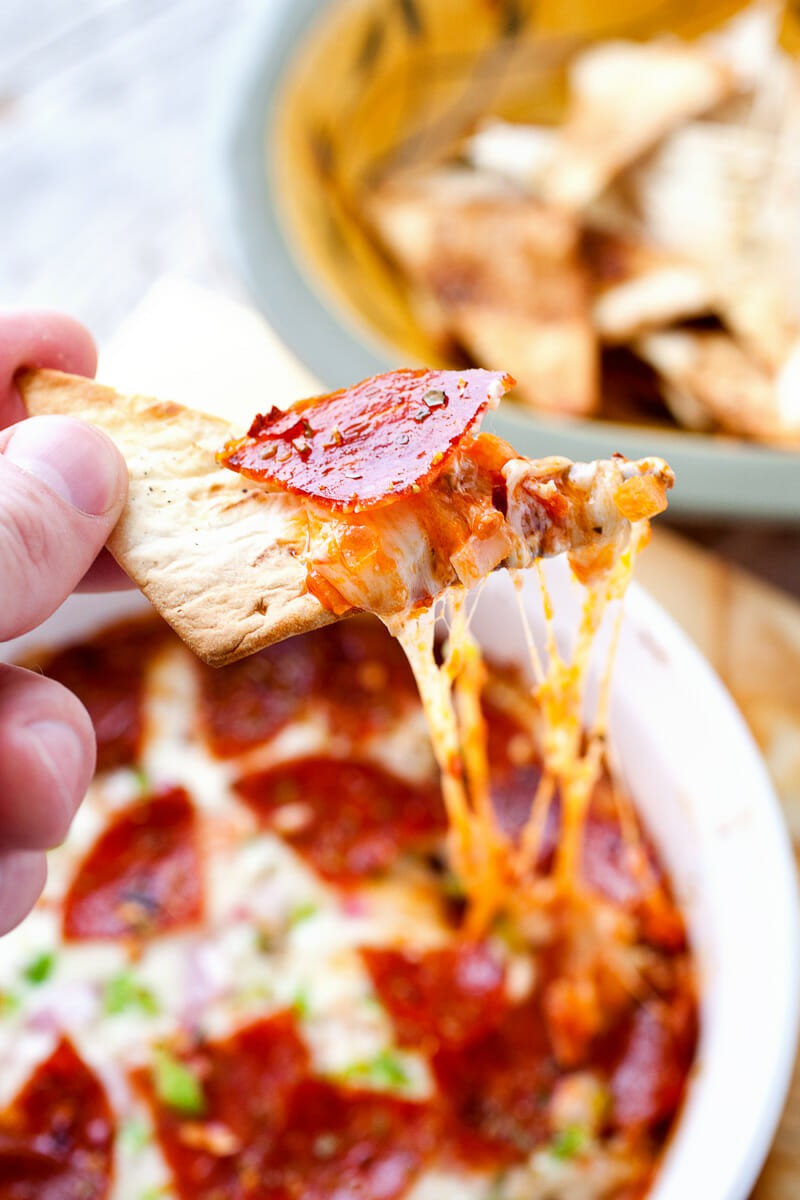