2014 has been a busy year in our home. Betsy and I bought our first home, I published my first cookbook, and Food Fighters happened. Those all sort of paled in comparison though when we found out that we would be welcoming a new addition into our home!

That’s right. We’re having a baby and that means lots of fun and exciting things on the horizon.

Bets and I have actually been trying to start a family for almost a year now. It took a little while longer than we had hoped, but as they say… persistence in all things pays off!

Over the last few months we’ve seen our new little nugget multiple times on sonograms and Betsy is starting to feel the baby move a lot. The baby seems happy and the doc tells us that it’s a healthy baby so that’s all you can really wish for at this point!

As luck would have it, Betsy has been essentially unable to eat most meals I’ve cooked over the last 3-4 months. She had some pretty serious morning sickness for a few months and some of that carried over to food aversions she is still having. Mostly, her aversions are to vegetables that have been cooked in some way.

If that sounds vague to you, it does to me too. After all, what recipe doesn’t have some sort of cooked vegetable in it? This has become a common dinner scene at our house.

I prepare a meal and we are both excited to sit down and enjoy it. I put Betsy’s plate down in front of her and the color starts to slowly drain out of her face. Maybe it’s a color or a texture or a smell on the plate, but something immediately turns her stomach and I know that she won’t be able to eat it.

This has been tough for both of us. Obviously it’s hard on her, finding things that she can eat that aren’t just cheese and meat (what she craves). But, it’s also hard on me just because I think of myself as someone who makes good meals for my family and friends. Having frequent meal rejections is tough.

I’m getting used to it though and I know it will pass in the next few months, most likely.

In the grand scheme of things, that’s a small struggle.

Betsy and I have a very solid relationship and we rarely fight, honestly. But, as those of you with kids know, a baby brings with it a whole new world of things to bicker about. Believe it or not, our first major baby-related battle (which Bets gave me permission to talk about) is centered around photographs, of all things!

You see, Betsy has grand dreams of having a cute little baby and immediately rushing them off to a photographer where our little baby will be propped up, dressed up, and most likely photoshopped up to look like a precious, poop-free angel. Of course, the cost on that situation runs into the many hundreds of dollars and if you repeat throughout the baby’s first year, you are talking about a solid thousand dollars.

So I’m mounting a photography protest. After all, I TAKE PHOTOS. Granted, they are of stationary things. Grilled cheese sandwiches don’t cry. Lasagna doesn’t roll over on you when you’re trying to get a good angle.

But I TAKE PHOTOS. I figure I should be able to take good, cute photos of our baby, smack on some photoshop filters, and end up pretty close to where a professional photographer would end up.

Just look! I took this photo!

So, I will be using the fall to take a bunch of photos (some with actual babies) and see if I can live up to professional expectations.

Based on the few photos in this post, what do you all think?

If the due date our doc gave us is any indication, we are set to pretty much have a new year’s baby. That’s pretty exciting! 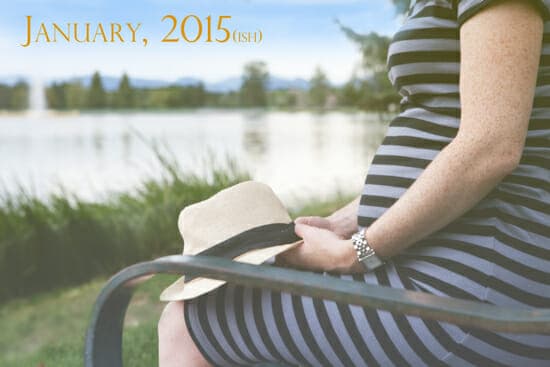 We’ve decided to not find out the sex of the baby until the big day, so we are just referring to it as the Nugget for now. Not only do we want to be surprised, but we also feel like not knowing will reduce the PINKS and/or BLUES that are the inevitable result. We are fans of neutral colors anyway.

For those curious, I’m sure that the arrival of the Nugget will change everything about our lives, including Macheesmo. Betsy and I are still working out a good balance for what we want to post and what we want to keep private, but I’m open to feedback from you all as well. Baby updates will probably happen. Baby food will be made. Meals will probably become more rushed (and possibly more practical).

Mostly though, we are just very excited and happy to be able to share the news with you all!