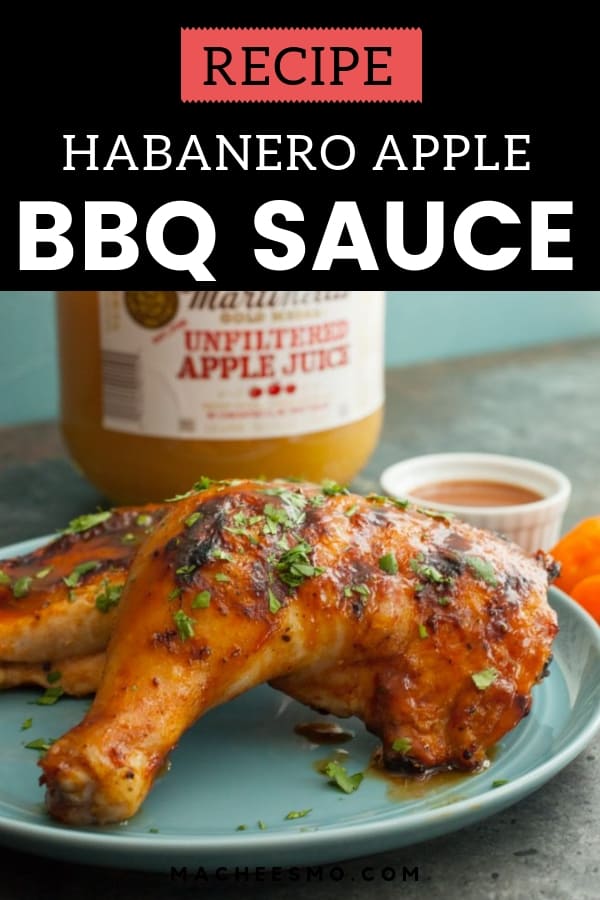 Making a good homemade BBQ sauce is one of the best ways to improve your grilling game this summer. Can you just stir some ketchup with spices and vinegar and end up okay? Sure. But if you’re going to take the time to make something at home, you might as well go BIG.

It has big flavors and, most importantly, it isn’t knock-your-socks off spicy. The base of this recipe is Martinelli’s Apple Juice or Cider and because it’s made from 100% juice from fresh grown apples, the flavors are a perfect combo. I used the Unfiltered Apple Juice for my version but you could use the filtered version also!

Once you have the sauce mixed up, everything you slather it on will be completely delicious. I tried it on pork, shrimp, veggies, and chicken (my favorite) and all of them were so good. To up the flavors even more, I like to serve a little squeeze jar of it on the side! YUM!

This homemade sauce has heat, but also has a ton of flavor. It’s nicely balanced and delicious on almost anything that’ll come off your grill this summer!

Use this sauce on a wide range of foods. It’s great on chicken, pork, shrimp, or veggies and is particularly good on grilled items.

As I said, using high quality juice, like Martinelli’s apple juice or cider is very important for this recipe because it makes up such a big percentage of the recipe.

Add the ingredients to a medium pot and bring them to a slight simmer. To control the heat in the habaneros, I recommend dicing one without seeds and then just adding a few pepper halves to the sauce.

Simmer the sauce on low, stirring it regularly, for 25-30 minutes. Then you can fish out the pepper halves. If you were to leave these in, the sauce would be basically a double-dare to eat!

Once the sauce is cooked, let it cool. For a quick cooling method, add the sauce to a mixing bowl and place the bowl in an ice bath. Stir the sauce and it will cool down in just a minute or two.

Then you can blend it up!

If you don’t mind your sauce to have some texture, you can skip this next step, but if you want a smooth sauce, I recommend pushing it through a metal strainer to remove the chunks. Don’t worry. All the flavor is in the liquid at this point anyway!

Return the sauce to a low simmer. To thicken it at this point, I like to add a slurry of cornstarch and Martinelli’s Unfiltered Apple Juice or Cider. You can thicken the sauce to your liking. I like mine on the thinner side.

Grilled items is where the sauce really shines!

Grilled chicken with this Habanero Apple BBQ Sauce and some fresh chopped parsley is about as good as it gets for me this summer! 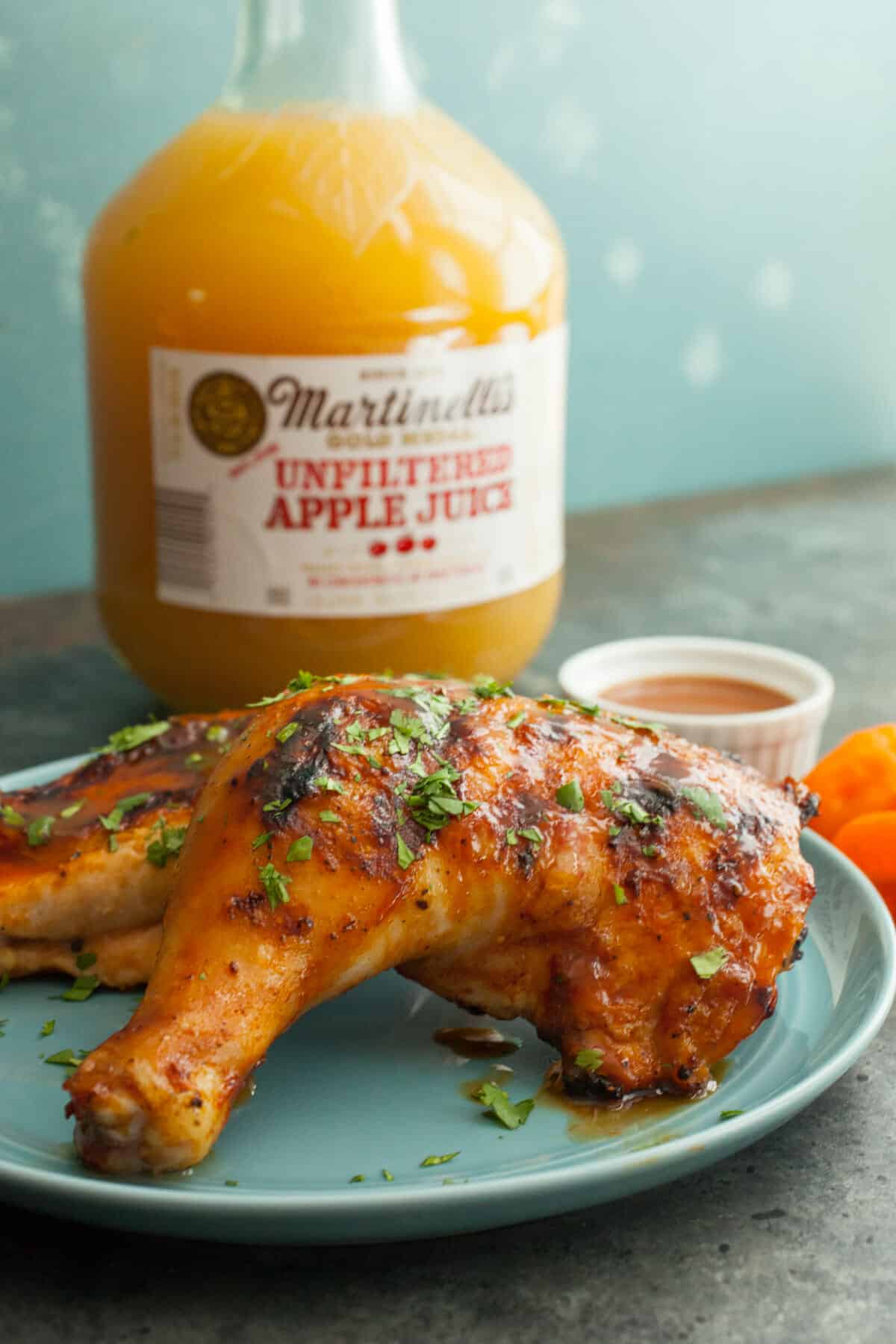