While Betsy and I were in Europe, I took quite a few photos. I think I ended up with about 400 photos after 12 days which isn’t too bad. I usually take 50 for just one Macheesmo post, so I didn’t go too crazy. In fact, some days I just left the camera at home so I could really enjoy the trip. As I’ve been going through them, I already have a few favorites so I thought I would share them.

Brighton Beach, on the south shore of England, was the first place we went to spend some time with some friends who moved there a year ago. It was a very quaint little town with an awesome night life. The beach was very pretty and these old boats littered the shore. 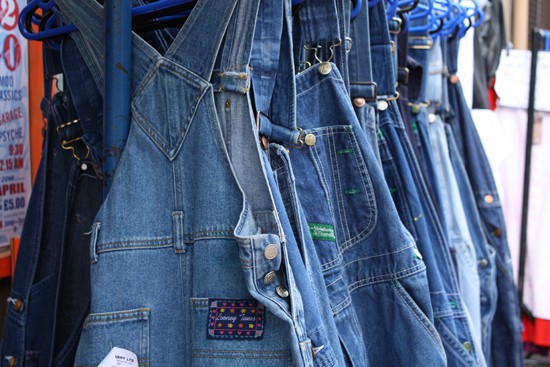 There was this store in Brighton Beach called Dirty Harry’s. Yes, after the movie. It was a mecca of American clothing and all of it was very cheap. It was a basically a thrift store, but all of the stuff was really high quality. I had never seen this many overalls before. 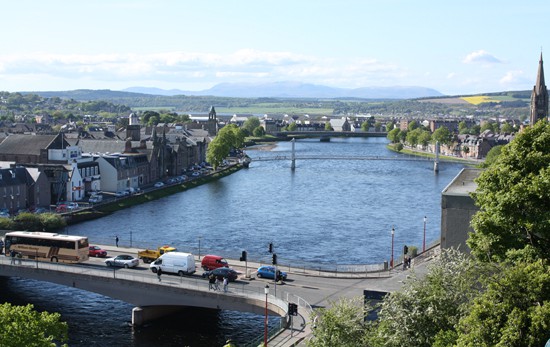 This doesn’t even look like a real place. It’s a small little town that we visited on a whim for a night and it was great. Lots of tiny pubs and stuff. I tried haggis here and it was pretty okay. Not great. Not terrible. 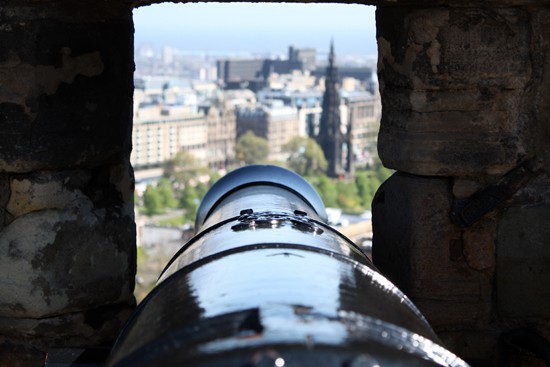 Next, we stopped off in Edinburgh for a few days and toured the castle there. Honestly, I wasn’t too impressed with it. It was expensive to get in and seemed like one big tourist trap. I just loved this photo. 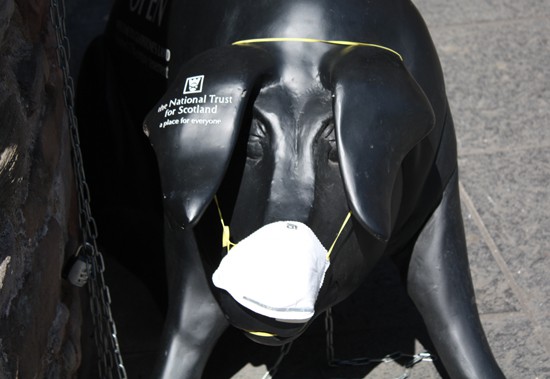 The Scots are a humorous people. I really liked everyone we met while we were there although sometimes their accent was impossible to understand. 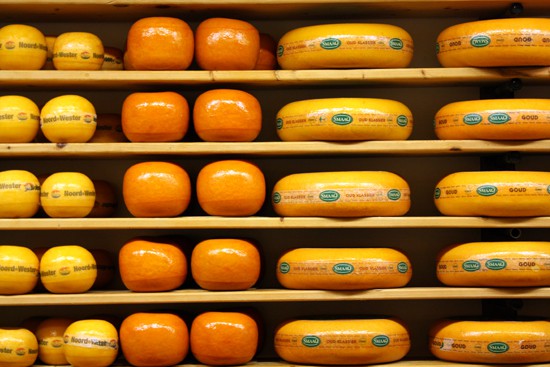 Next on the itinerary was Amsterdam and we stayed there for about 6 days. We went to this badass cheese market in Alkmaar where merchants buy and sell cheese the same way they have for centuries. It involves lots of good costumes and interesting handshakes. I was in cheese heaven.

Beets in a Market 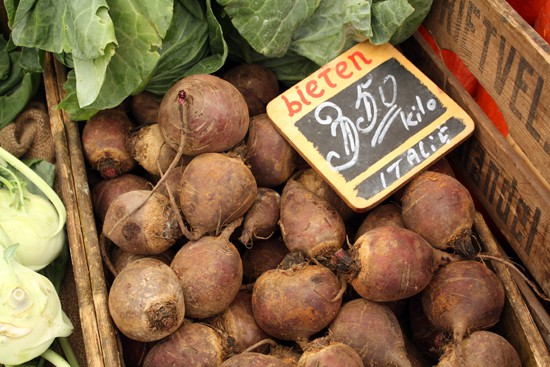 We spent a pretty good amount of time wondering around markets in Amsterdam and I loved looking at all the veggies and food. They have a really good food culture there. 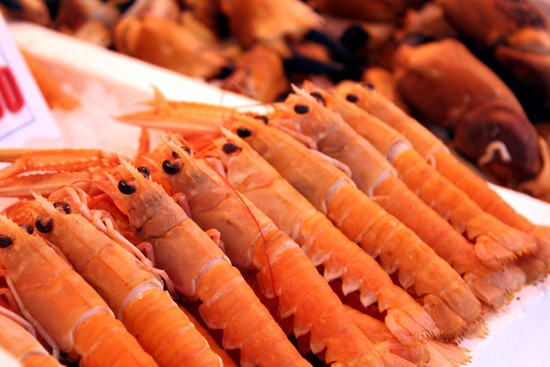 The seafood in these markets was very fresh. I loved this shot of these little guys. 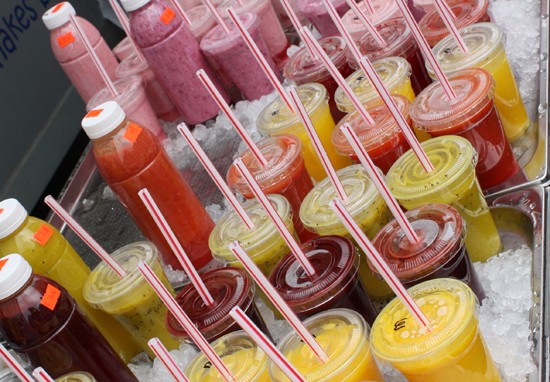 There were a bunch of stands that sold like a million different kinds of fruit smoothies. The colors looked really cool and these smoothies were like crack. 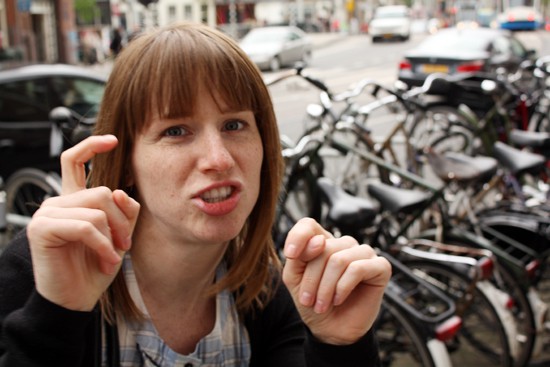 At some point I believe Betsy got somewhat frustrated with my incessant photo-taking. 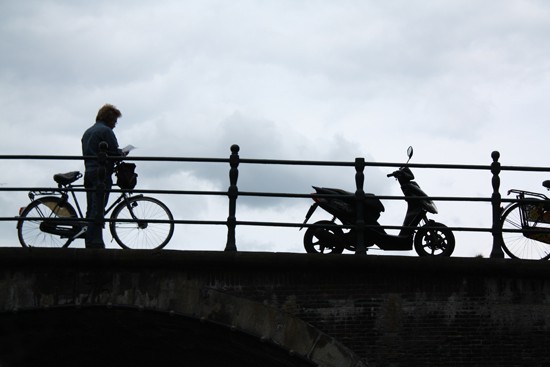 We took a canal tour through Amsterdam one day which was very awesome. This was one of my favorite shots from the boat. 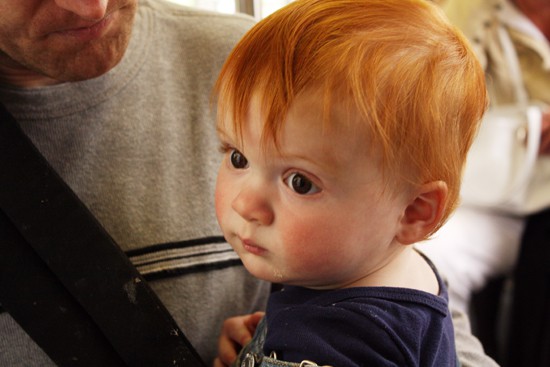 The main reason we went on this trip was to visit with Betsy’s brother, Danny, and his family. Betsy’s nephew is one now and is pretty much the cutest kid in the world. His name is actually Daniel Armstrong Atkinson V. So he also gets the badass nickname, Quint. 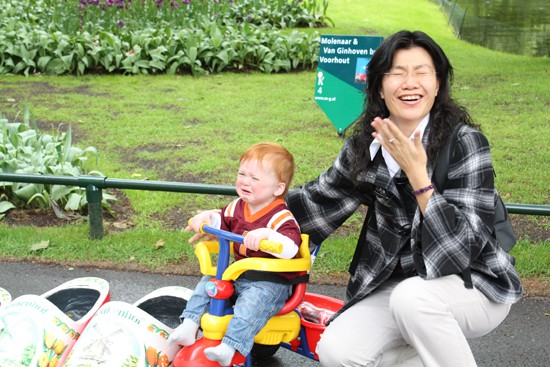 Quint is so cute that occasionally while you are walking around with him people will stop you and ask if they can take a photo with him. I didn’t believe this until I saw it. Quint didn’t always like being so famous and it sometimes led to meltdowns.

Those are a few of my favorites. Be sure to check back tomorrow for a quick and simple stir-fry recipe.

11 Responses to “Favorite Photos from Trip” Leave a comment