Well, that went fast! (Most of the time…) Our little girl, Darby, turns one today and it has been a super fun year watching her grow up so far.

I thought I’d take a break from the normal recipes to show you some of my favorite photos off my phone of my family so far this fall, most of which include the birthday girl!

We have had a very temperate fall here in Denver. There have only been a few days so far where we have really needed to bundle up the kids. This is almost unfortunate because I love this little rainbow hat Darby has. 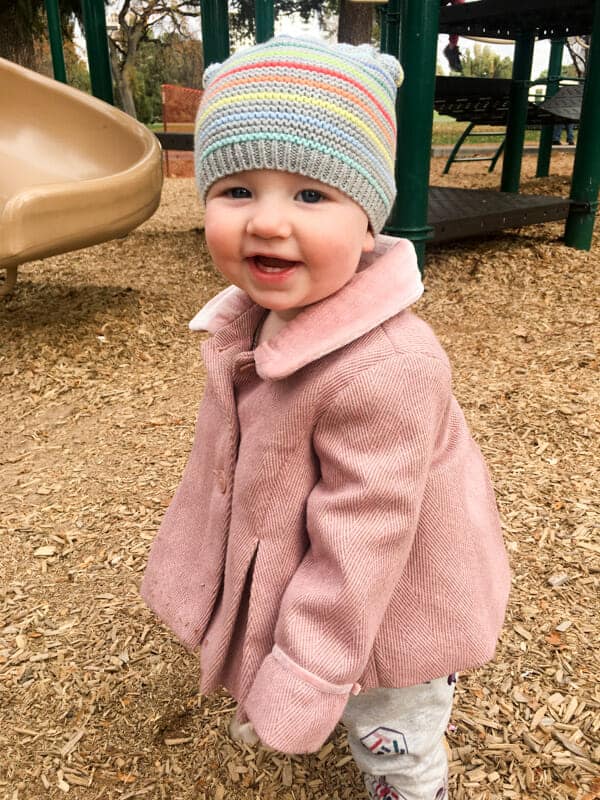 One highlight of the fall is we took a trip to the Colorado Train Museum with my dad and the kiddos. Theo is really into trains and he wore some overalls that were originally MY DAD’S. They are about sixty years old and still look damn good!

Theo was really proud of them and fit right in with the conductors there. 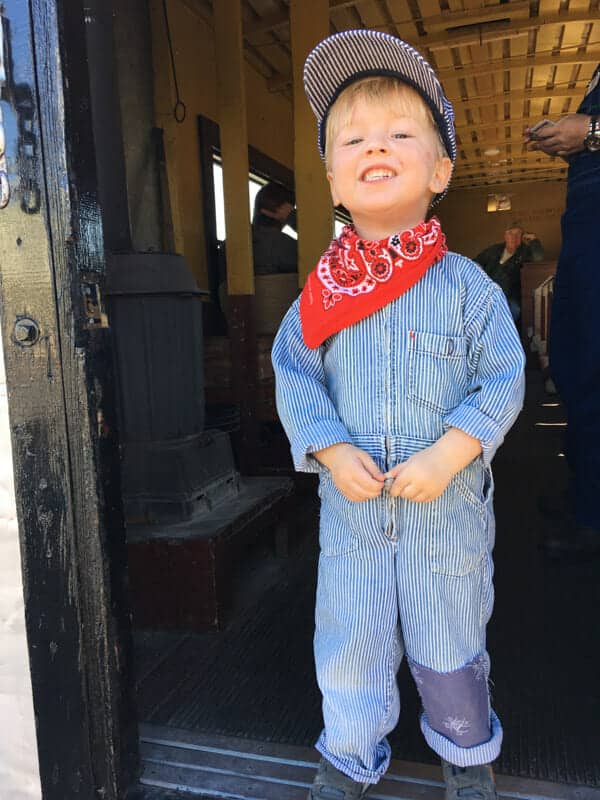 We have spent many days just playing at the park near our house. The kids have identical orange track suits thanks to my mom which they love to wear together. Darby gets confused for a boy a lot in hers, to which I say: She’s wearing pink shoes ya’ll! 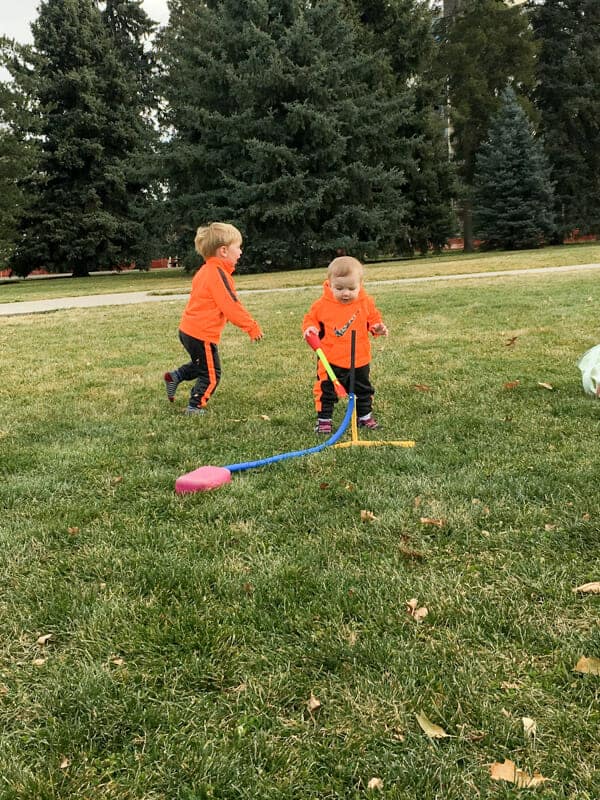 Halloween was SO much fun this year. Theo really got the idea of it and it was a warm night so we were able to get a lot of trick-or-treating in. We all dressed as woodland creatures so now I have a comfy raccoon onesy. I will be re-wearing this for something! 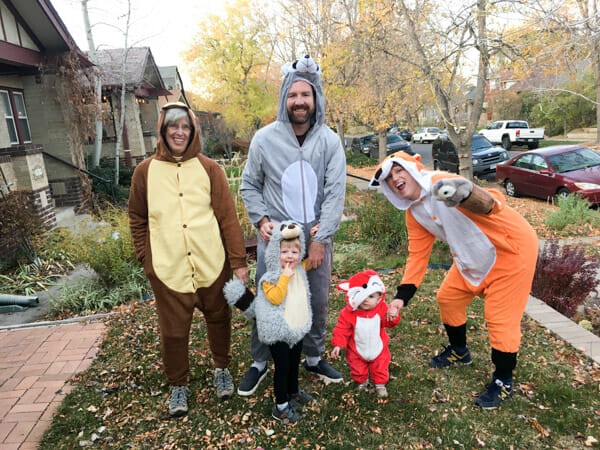 Also, did you know that raccoons can ROAR?! Me neither, but they sure can.

I was pretty confident on making a cake for Darby. We had a busy weekend though so I did a pretty piss poor job of the whole thing. I made the actual sponges which turned out okay, but the compilation of the cake was a nightmare! I used store-bought frosting (my first mistake) and it just didn’t work out.

I tried to do a rainbow. It looked okay from the top.

By the way, DRE is Darby’s initials. It wasn’t a cake for The Doctor.

But the side view shows the real nightmare of it. YIKES!

I need to work on my birthday cakes!

The good news is she is one so I have lots of time to practice!

Last year we made the mistake of going to see Santa at Union Station in Denver the week before Christmas. It was a mad house. This year we went the weekend after Thanksgiving and it was lovely! There was practically no line!

And D got to wear this cute red number.

In general she is a smiler so she was fine to sit with Santa. I think Theo had a bit of celebrity shock though. IT’S REALLY HIM!!!!

I feel like Theo’s face is the same face I would have if I met my celebrity hero (which is currently Brad from the Bon Appetit Web Series).

We’ve had a very full and lovely first year with our baby girl (who is no longer a baby). 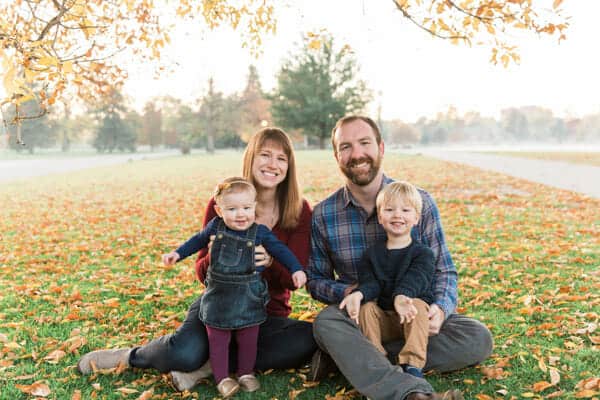 PS. This family photo was taken by Liana Kim Photography and pretty much sealed my fate in the ongoing debate between me and Betsy on whether or not it’s worth it to pay for professional family photos.