This post is sponsored by Old El Paso. I was asked to be one of their Freshest Bloggers this year so you’ll see some fun Tex-Mex action occasionally. This recipe is designed to use their Mini Taco Boats!

I rarely flat out beg or ask you to try a recipe, but I’m gonna grovel for this one. You see… I think these are possibly the best thing I’ve made this month, but they are kinda hard to photograph! These Creamed Pepper Taco Boats look about 10% as good as they tasted!

They are jam-packed with delicious Tex-Mex flavors. I promise they will be your new favorite hot appetizer!

This recipe is actually a twist on a classic Mexican dish called Rajas Poblanas which is basically creamed peppers served on crispy tortillas. It’s a bit messy to eat so I thought it would be a perfect adaptation for a taco boat! After all, you can bake the filling in the boat, the boat gets nice and crispy, and the filling stays in one place. Perfect!

These baked taco boats are stuffed with a creamed pepper mixture that’s SO flavorful. Any Tex-Mex lover will not want to share.

The first step to this recipe is to broil the peppers until they are black and blistered. This will deepen the flavors and make them easy to peel. After they come out of the broiler, stick them in a bowl and cover them with foil and plastic wrap. Let them steam for a few minutes and then peel, seed, and chop them!

I used a mix of poblano and pasilla peppers, which led to a pretty mild pepper mix. You could add some Serrano or jalapeno if you wanted to spice it up more.

To finish the filling, add the onion to a skillet with a drizzle of oil along with the spices. 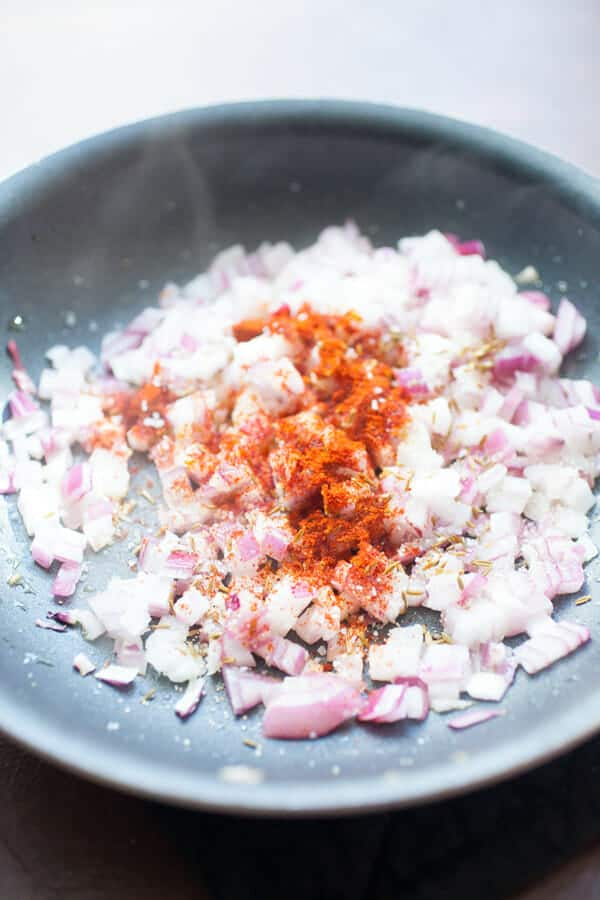 Cook until soft and then add spices, black beans, and chopped roasted peppers. This will smell really good.

Take it off the heat and stir in the crema. If you can’t find good Mexican crema, you can substitute heavy whipping cream.

Spoon the mixture into the taco boats and bake them for about eight minutes at 400 degrees F. That should be enough time to crisp up the boats and melt the cheese in the filling.

When they come out of the oven they will be bubbly hot in the center and crispy on the edges!

Finish off the taco boats with fresh avocado and cilantro and a dash of hot sauce. The result is a delicious Tex-Mex appetizer that is savory, creamy, and has a slight peppery spice to it. 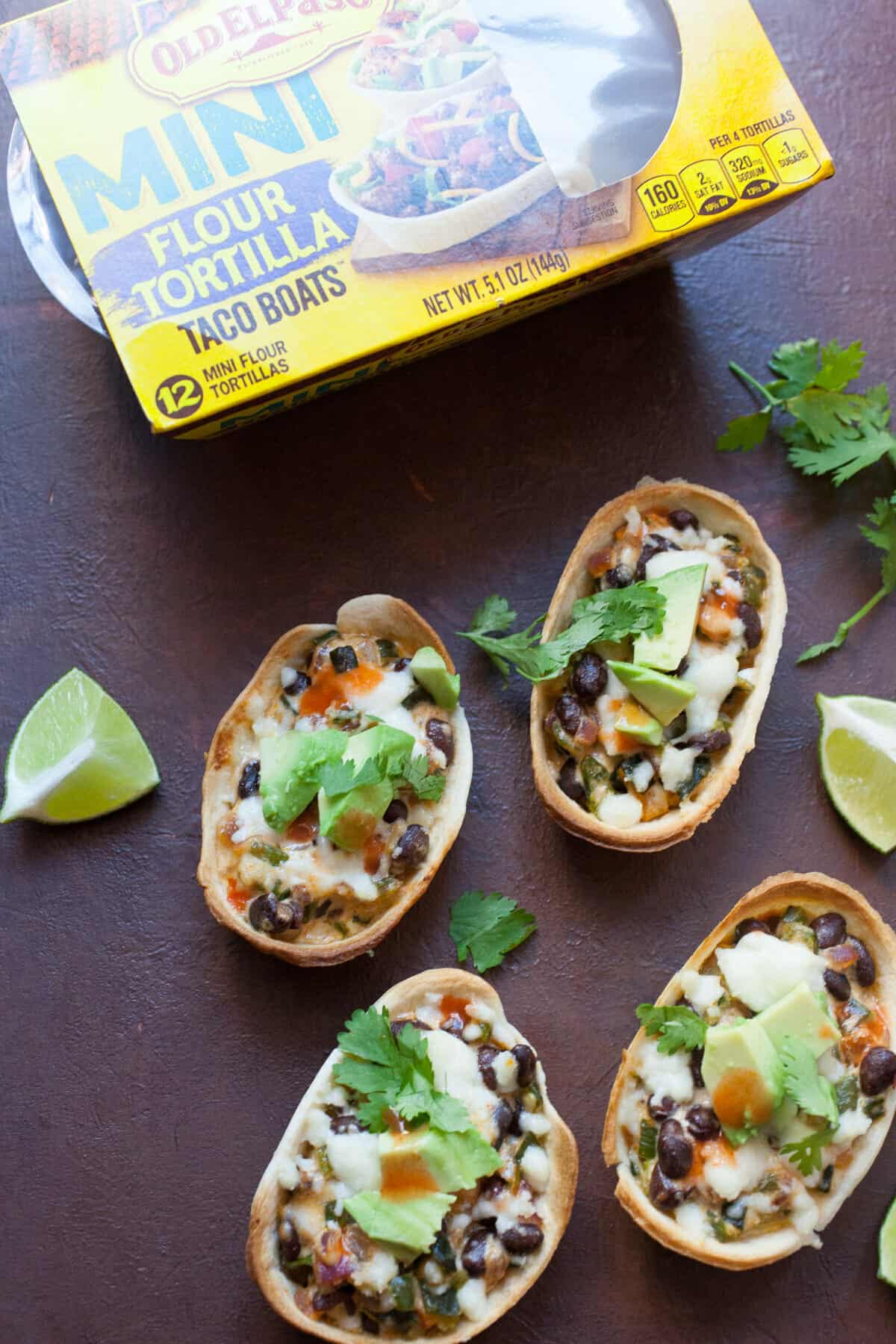 My family loved them and so will yours! 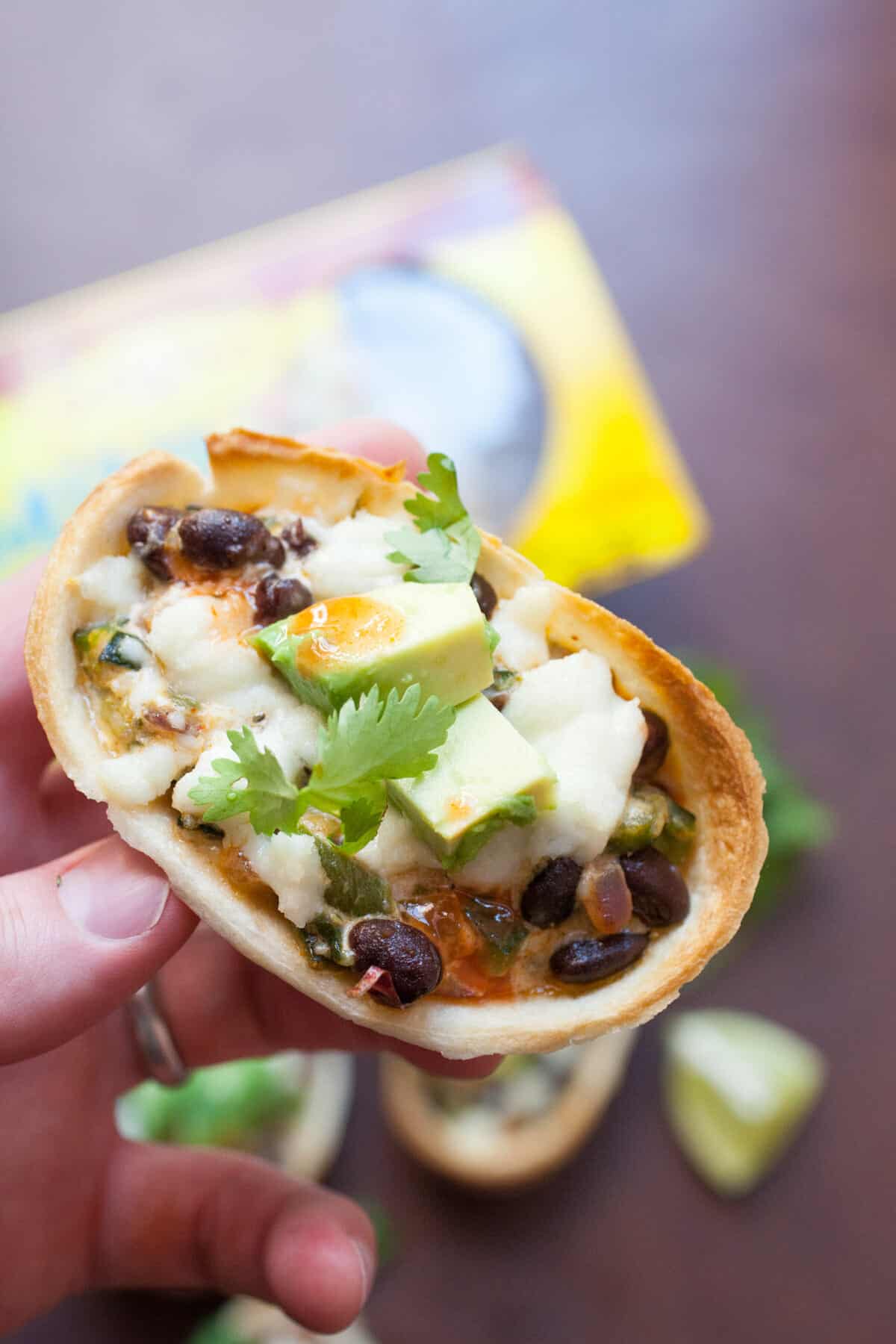