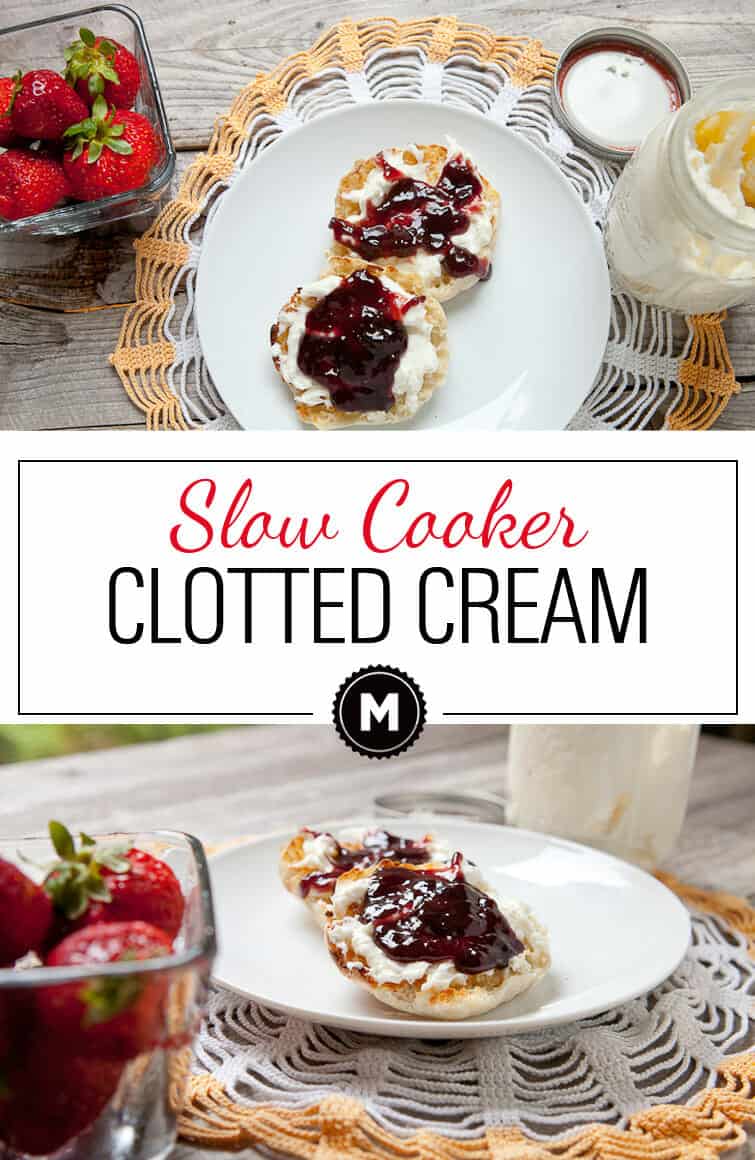 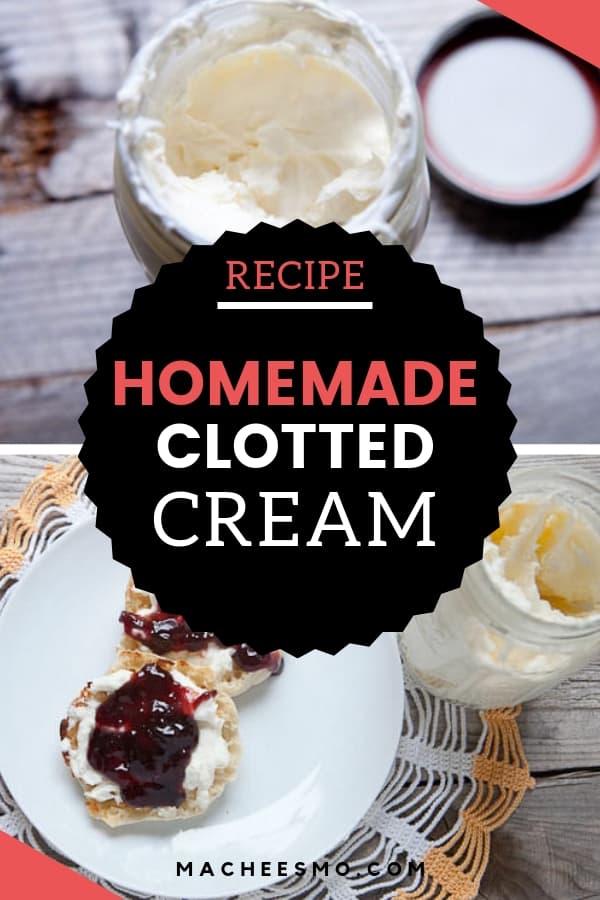 Some people may not be familiar with clotted cream because it’s mainly a European thing. In fact, it’s incredibly hard to even find in the US which is why I had to play around and learn how to make clotted cream.

If you’ve never had it before, ignore the name which isn’t very pretty. Clots aren’t generally considered delicious.

Instead, think of this Homemade Clotted Cream Recipe as some magical mix between cream cheese, butter, and whipped cream. It ends up being a bit sweet, but also a bit tangy which makes it the perfect topping for pastries and baked goods.

The traditional way to make it is to let cream sit in a barely on oven for, like, forever. That’s all well and good but I really don’t like leaving my oven on overnight so I turned to my slow cooker. I figured it could get the job done.

How to Make Clotted Cream in The Slow Cooker

As you can see, this Clotted Cream Recipe is barely a recipe. Can something with one ingredient be a recipe?

The trick here though is to make sure that you find cream that is pasteurized, but not ultra-pasteurized. The ultra variety (which many organic brands are) will never clot correctly. You’ll end up with a strange cream soup situation that is definitely not worth your time.

As far as the slow cooker goes, you can use any one, but definitely read the manual to find out what temperatures your settings are. I made one batch of this with my “simmer” setting on and it ended up burned. I learned that the “Warm” setting was perfect for my model.

Ideally, you want the cream to never go above 180 degrees F. and generally stay between 165-180 degrees F. Depending on your model that might mean low, or just warm. Read up before you waste a quart of delicious cream.

Pour the cream in your slow cooker, cover it, and let it warm for about 8 hours. My slow cooker is large so the layer of cream was pretty shallow. If you have a tall slow cooker, you might need to cook it for 10-12 hours. It’s pretty flexible and as long as your temp range is right, it’s pretty hard to overcook it.

I set mine, went to bed, and woke up to this.

There will be a thick layer of film on top of your cream. Think of it like an enormous version of the skin that forms on puddings. Believe it or not, you want it.

But don’t go messing with it just yet. Instead, transfer it off the heat and move it to the fridge to chill for at least 4 hours to really set up. This will help the “clots” set up and congeal.

After chilling, the top layer will be pretty thick.

Use a spoon to carefully scoop off as much of this top layer as possible. Get the skin, clots, and any cream that comes along for the ride.

There might be a layer of semi-clear gunk at the bottom of your slow cooker from the separation. Try to avoid getting that stuff and discard it when you’re done. I didn’t find that it tasted very good…

Stir the clots and cream that you’ve collected together in a bowl. This isn’t completely necessary, but I like to mix it up a bit.

Then just scoop your final product into an air tight container and store it in the fridge!

I just used a mason jar.

Slather this homemade clotted cream on any pastry or toast product. Personally, I love it on an english muffin with some jam. Doesn’t get much better than that!

I have no idea why this stuff hasn’t completely caught on in the US. It’s the perfect breakfast topping. It’ll keep in the fridge well for a week or so unless it starts smelling too funky!

Are you a clotted cream fan? Leave a comment with how you use the stuff!