About a month ago, we had a really close call with our dog, Porter. He got really sick after a long weekend at the kennel and somehow came down with a really bad case of dog pneumonia.

In 24 hours, he lost 10 pounds (about 1/8 of his weight) from vomiting. He would just cough and cough until he eventually threw up and couldn’t keep water or food down.

I snapped this picture after staying up with him all night. It was pretty scary seeing him go from healthy to very sick so quickly.

Luckily, our vet took amazing care of him and after a day of doggy IV care and two weeks of what can only be described as horse-pill-sized antibiotics, he was completely better.

If anything though, the whole ordeal was a big reminder how much of a part of our family Porter is and how quickly things can change. We were very lucky he made it through!

We didn’t do much for a few weeks while he recovered, but then after getting the okay from the vet we took a trip camping with some friends over Fourth of July weekend.

Even though traffic leaving Denver was the worst I’ve ever seen it (it took us almost five hours to make a drive that normally takes 75 minutes), we eventually found a great little spot outside of Breckenridge.

I cooked up a big flank steak taco feast for our first meal. It was a big hit and is quickly becoming my favorite camping meal to cook.

During the day, Betsy and I went on a really nice hike. We started out thinking it would be an easy hike but we just kept going up and up and up and eventually got almost above the tree line.

It was a beautiful day and you couldn’t have asked for better views.

Betsy and I have been pretty busy on the weekends lately and I haven’t had a lot of time to explore the farmer’s markets this. I finally prioritized it a few weeks ago though and saw some great stuff at the Cherry Creek market.

The multi-colored popcorn is really fun and delicious even though it pops all the same color. I’m making something with it in a few weeks so stay tuned on that! 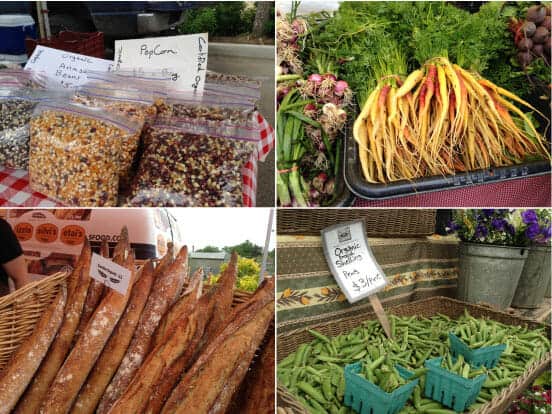 Because we have spent the spring just getting settled in our new house, I didn’t really plant a garden this year. I really wanted at least an herb garden though so I went to the nursery last week and picked up some great herbs and just planted them in window ledge planters.

I doubt I’ll make my money back on them, but I just like having really fresh herbs in the summer and fall.

The picture on the right is from our front yard. Turns out the previous owners planted some beautiful wild flowers! We haven’t had to do anything other than get the sprinkler system working and they rewarded us with some really pretty colors. 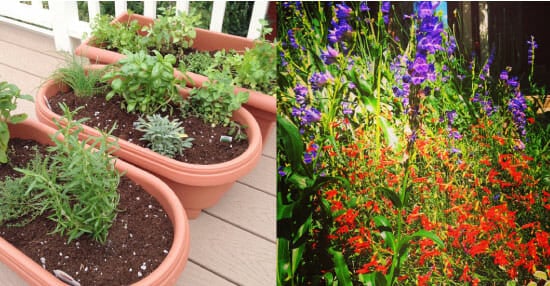 Pretty proud of finally crossing off everything on my first home owner’s project list.

Of course, I already have a brand new list ready to go… I guess that’s what happens when you buy a 120 year old home.

I’m not a huge baseball fan, but I like going to the games and caught my first Rockies game over the weekend.

There is a pretty huge controversy happening right now between the owner and fans. That, coupled with the fact that the team is just awful this year, means that there wasn’t a lot of Rockies love at the game.

We were playing the Twins on Saturday and I would guess that Twins fans outnumbered Rockies fans 2-to-1.

So far the summer is shaping up to be a great one for us minus the pooch sickness!