Last week Betsy came home with a plastic bag from the grocery store. That might not be a shock to you, but it was a complete shock to me.

You see, Betsy hasn’t been to a grocery store in months. I do all the food shopping. Why could she have gone to the store? More specifically, what craving was she having?

My first guess was queso because Tex-Mex is always a good guess. But NO!

I tried to eat a piece of it. It was weird. The words “bland” and “mushy” come to mind.

It did make me want to make a real pumpkin pie though. But once I fell down the pumpkin pie recipe rabbit hole, I kept coming back to this dark, rich chocolate version. I’ve always liked Chef Symon so I figured this chocolate pumpkin pie would be a winner.

My version of Chef Symon’s chocolate pumpkin pie made in a homemade all-butter crust. A really nice change on the classic pumpkin pie!

Combine water, apple cider vinegar, and ice in a separate bowl. Add the liquid to the dry stuff a tablespoon at a time until the dough just comes together with some crumbs on the edges. You should need 4-6 tablespoons of the liquid.

Shape the dough into a round disc, adding more liquid in small drops if needed to get the dough to stick. Once the dough is in a solid disc, wrap it in plastic wrap and store it in the fridge for at least an hour, but overnight is best.

For filling:
1) Melt the chocolate and butter in a double boiler until it’s just melted.

2) In a separate bowl, whisk together all the other filling ingredients. THen fold in the melted chocolate.

2) Roll pie crust out on a lightly floured surface until it’s roughly 10 inches in diameter. Transfer to your pie pan and trim edges to your liking. Poke some holes in the crust with a fork and line the pie with parchment paper or foil. Then add pie weights or dry beans to the crust.

4) Turn oven down to 325 degrees F. Remove weight from crust. Add filling to the pie crust.

Let the pie cool before slicing and serving.

I’ve made a lot of pie crusts in my day. I tend to like the Alton Brown method of using vodka in the crust. I’ve had good luck with it. But this time around I thought I’d try a new version I saw recently from the Four and Twenty Blackbird pie shop in Brooklyn. Secret ingredient: Apple Cider Vinegar. 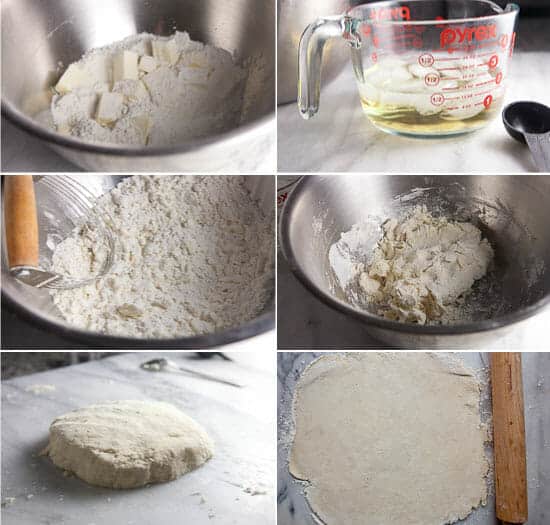 I thought this dough was really good (I tasted a pinch of it before even rolling it out). I knew it was a keeper for sure. I also found it to be easier to work with then some previous recipes I’ve used, but maybe I’m just getting better at pies.

Anyway, into the pie pan it goes. I don’t do anything fancy for the edges. I just use my fingers to kind of pinch it around.

Crank your oven up to 425 degrees F. and poke a bunch of holes in the pie. Then add in some foil or parchment paper and bake the pie with some weight on it. They make pie weights, but I’ve always just used a few handfuls of black beans.

This filling for this chocolate pumpkin pie is badass. My only note on it is that the recipe above really makes enough filling for TWO nine inch pies. It’s kind of hard to half the recipe though because it works out with the cans of pumpkin and milk.

Start by slowly melting the chocolate and butter in a double boiler or just over some hot water.

Then add that melted chocolate to a bowl with all the other filling ingredients and whisk like crazy.

The finished chocolate pumpkin pie filling should be thick, smooth, and have a lovely dark color.

Once your crust has baked for 15 minutes at 425 degrees F., remove the weights and pour in the filling. You can pour it pretty full.

If you only wanted to make one pie, you could freeze the extra filling for another day.

Bake the pie at a much lower 325 degree F. for a full hour until it’s lightly puffed and set in the middle.

This chocolate pumpkin pie is a really pretty pie.

Be sure to let it cool down before slicing and serving.

The pie ends up being some sort of mad scientist chef cross between chocolate pudding and pumpkin pie. And it’s as good as it sounds. 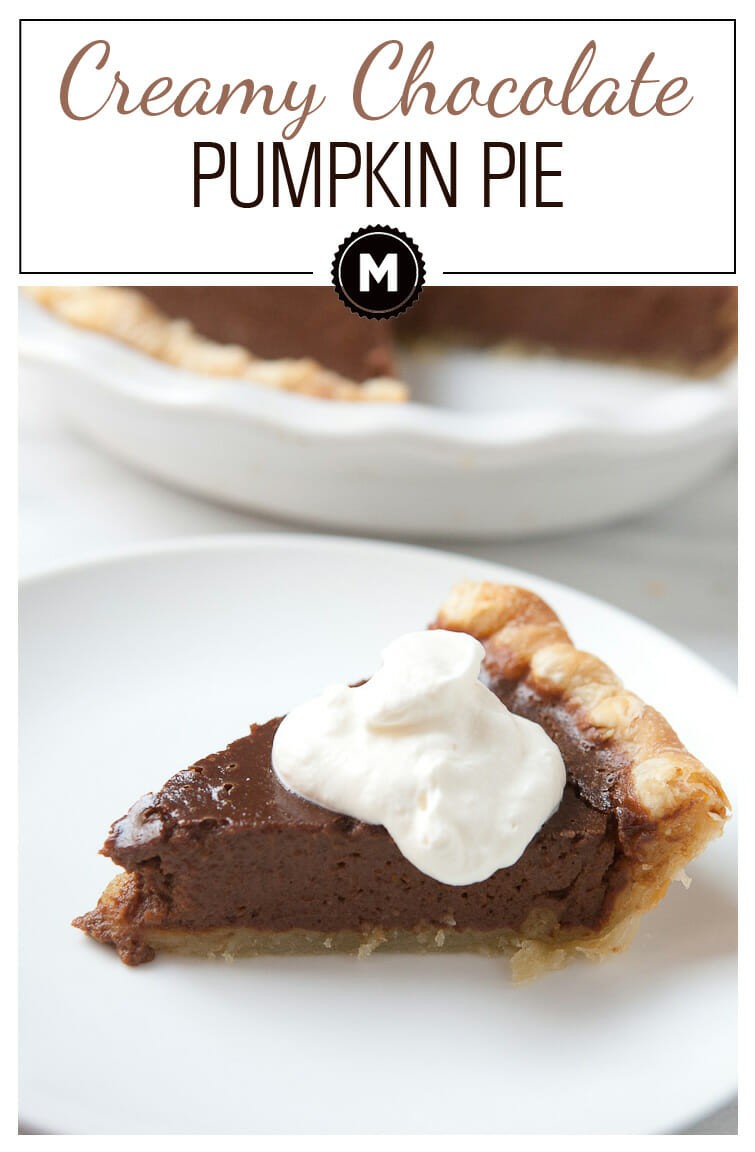