This is a guest post from James Fredrick. James is a freelance journalist in Mexico City and, duh, is obsessed with anything and everything in the Mexican cookbook.  He’s on Twitter at @jameslfredrick.  Photo help from Natasha Pizzey.

Even though I live in Mexico and am constantly around chile peppers in all their forms, they still confuse me.  Which ones are hottest?  What is an ancho chile and what would I put it in?  Oh my god, what is in this salsa that’s torching my mouth?

Here’s a little knowledge and some recipe ideas for chile peppers.

A little chile anatomy: chile peppers contain capsaicin, a compound that makes them spicy (it’s also the stuff that makes pain relief creams tingle.)  While the quantity of capsaicin can be measured, a chile’s level of heat is most commonly referred to in Scoville units.  For a little perspective, a bell pepper has 0 Scovilles, a jalapeño has between 2,500-5,000 and a habanero can have up to 350,000.

The real heat, aka the capsaicin, of a chile pepper is located in its pith and seeds.  So if you want a less fiery pepper, gut it.  With most peppers, I just lop off the top, slice it in half, and clean out all the seeds and ribs.

The other important thing to know about capsaicin is that it’s not soluble in water.  This is why I have spent many a night with my eyes, nose, and mouth smoldering after chopping a habanero.  Even if you scrub your hands, water won’t get rid of all the capsaicin.

There are lots of tricks to not burn your face off.  The most reliable is to wear rubber gloves (and obviously don’t rub your eyes with said gloves).

Another is to find something in which capsaicin is soluble, like oil.  My favorite remedy is milk: it is relatively acidic and contains oil in the milk fat, meaning it can effectively wash the capsaicin off your hands while cooling the burn.  After soaking my hands in milk, I wash them with dish soap.

Lots of remedies exist: find yours.

Green and Red, Roasted and Toasted

If you’ve ever seen that poster that seemingly all New Mexico residents own, you know there are lots of shapes, sizes, and colors of chiles.  Let do some generalization.

Green chiles – like a green jalapeño – are picked before they’re ripe, making their flavor more crisp and acidic.  A red jalapeño stays on the vine longer, where it develops some sweetness and a deeper, richer flavor.

Dried chiles are rich and smoky and often confusing because the name usually changes from their fresh state. The dried mulato chile is just a ripened, dried poblano.  A smoked and dried red jalapeño is called a mora chile.

My favorite thing to do with fresh green chiles is roast them.  It’s easy and – while it’s best on a charcoal grill – it works well on a gas stovetop.  This technique is great with something like a poblano or bell pepper.

Set the burner pretty low and use tongs to rotate the pepper often until it’s almost completely black.  Let it cool a bit then run it under the faucet as you peel away the blackened skin.  Open up a little slit in the middle and clean out the seeds and pith.  I can eat these plain with maybe a bit of sour cream, but I guess you could cook with them too.

When using dried chiles to make something like a chile powder, you’re going to want to toast the chiles slightly.  You can do this in an empty frying pan or the oven. On an oven tray, lay the chiles flat and toast for 3-5 minutes at 350 degrees.  In a pan, toast for 3-5 minutes on high, shaking and turning them constantly.  They’ll get nice and fragrant.  But be careful: burnt dried chiles get too bitter quickly.

Last tip: start small.  Even with a Scoville scale in front of you, chile pepper heat is unpredictable, so err on the side of caution.  It’s easy to add more heat and almost impossible to get rid of it.  Don’t make your family/partner/boyfriend/girlfriend/guests cry over their bowl of chili because you overdid it on the dried arbols (speaking from way too much experience here.)

Ok, we all know what bell peppers and jalapeños are.  Let’s look at some other chiles you can probably find in your supermarket and can definitely find in a Mexican grocer.

These broad, dark green chiles are perfect for stuffing.  They have some heat alone, but stuffed, they’re fine for almost anyone. 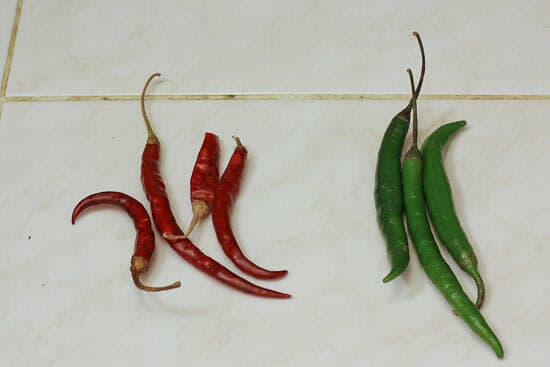 The fresh arbol is my favorite chile to use in a simple pico de gallo or guacamole if you want to add some heat.  Watch out: it’s much hotter than a jalapeño.  Clean out the innards and mince it finely to avoid any super spicy chunks.

The dried arbol is a great addition to any chile powder.  It is absolutely worth it to make your own and store it for later use.  Check out Nick’s homemade chile powder recipe that uses mostly Arbol chiles.

Ok, we’re back at the jalapeno, but the red one is a different beast.  They’re a bit hard to find (except in Mexico) so if you see these, buy them and then make this: Homemade Sriracha.  Avoid the Sriracha politics in California and make your own. 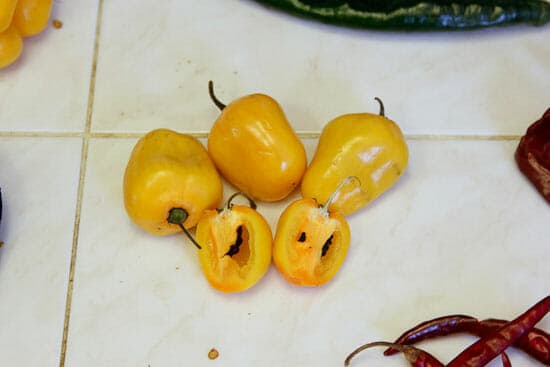 This black-seeded beauty, another hard one to find, is probably my favorite for a spicy salsa.  Paired with tomatoes (or tomatillos), onion, cilantro, and lime, these are perfect for a very spicy taco.  Here’s a good recipe.

Hey, that’s not a chipotle!  Yes, chipotles usually come canned and drenched in adobo sauce.  I admit, these dry ones look less appetizing but they are packed with flavor that invades any kind of broth you put them in.  Check out this chipotle beef stew.

This, like the poblano, is a great one for stuffing.  The color can vary a bit but it’s usually a light green.  I like it especially for its unique tanginess.  This Diana Kennedy appetizer needs no introduction: chiles with beer and cheese.

This fat, wrinkly pepper is distinctive for its almost raisiny flavor.  You can blend this guy up with tomatoes and onions and the like to make a kind of barbecue sauce.  But the true calling of the ancho is mole sauce.  Anyone who loves Mexican food should dedicate a day of their life to this.  Here’s Nick’s own mole recipe.

Kind of like a poison dart frog, these little guys are so pretty – bulbous and almost neon in color – but vicious.  They aren’t the hottest chile out there, but they’re the hottest you’ll find easily.

Cooking with these guys can be tough because of their heat.  My favorite way to use them is to make a little salsa that you can apply poco a poco.  Here’s a wonderful vegan recipe, safe for everyone but fun for the chile heads: lentil and coconut soup with habanero gremolata.

Enjoy the wide world of chiles.  Don’t get burnt, unless your into that kind of thing.

8 Responses to “Not Just Jalapeños: A Chile Pepper Guide” Leave a comment