On this edition of Desserts That Are Also Savory Because Nick’s Sweet Tooth Needs Salt… I present to you the new and improved Bacon Wrapped Baked Apple.

I like apples as much as the next American and I also like them baked, but they get kind of one dimensional. It’s all sweetness and softness. Some people are down with that, but I need a few more angles. So I wrapped ’em in bacon. The edges of the bacon get crispy and it adds a beautiful salty layer to the whole thing.

These were 100% made to be served on ice cream. They are fine by themselves, but ice cream is where it’s at.

A slightly savory twist on dessert. Apples stuffed with brown sugar and spices and baked wrapped with bacon. HINT: Serve it with ice cream. YUP.

The filling for these apples is pretty standard. Sort of like a cinnamon roll filling. In other words, it’s gonna be good.

Mash this all up and it’s ready to go.

Prepping the apples is undoubtedly the most annoying part of this recipe. Halve them and then use a paring knife to hollow them out a bit. Be careful to not puncture the apple at all and leave the stem intact so the filling doesn’t just flow out while baking.

You can stuff these guys pretty full. You’ll lose some filling while they bake. It’s inevitable. So be generous at the start.

Then wrap each apple half tightly with a piece of bacon. Don’t use the thick stuff. Be sure to wrap it so the bacon ends are UNDER the apple. This way it won’t unravel as it bakes. Physics.

Also, bake the apples on some foil for easier clean up.

These guys will need to bake for about 20 minutes. The apples should be super tender and the bacon will be crispy in parts, but don’t expect it to be crispy all over due to the liquid in the apples. It gets kind of caramelized by the brown sugar also. It’s good. Trust me.

Whatever you do, let these rest for a bit before serving them. They will be molten hot right out of the oven.

Once they cool off, I like to cut them in half and serve them with a few scoops of ice cream. 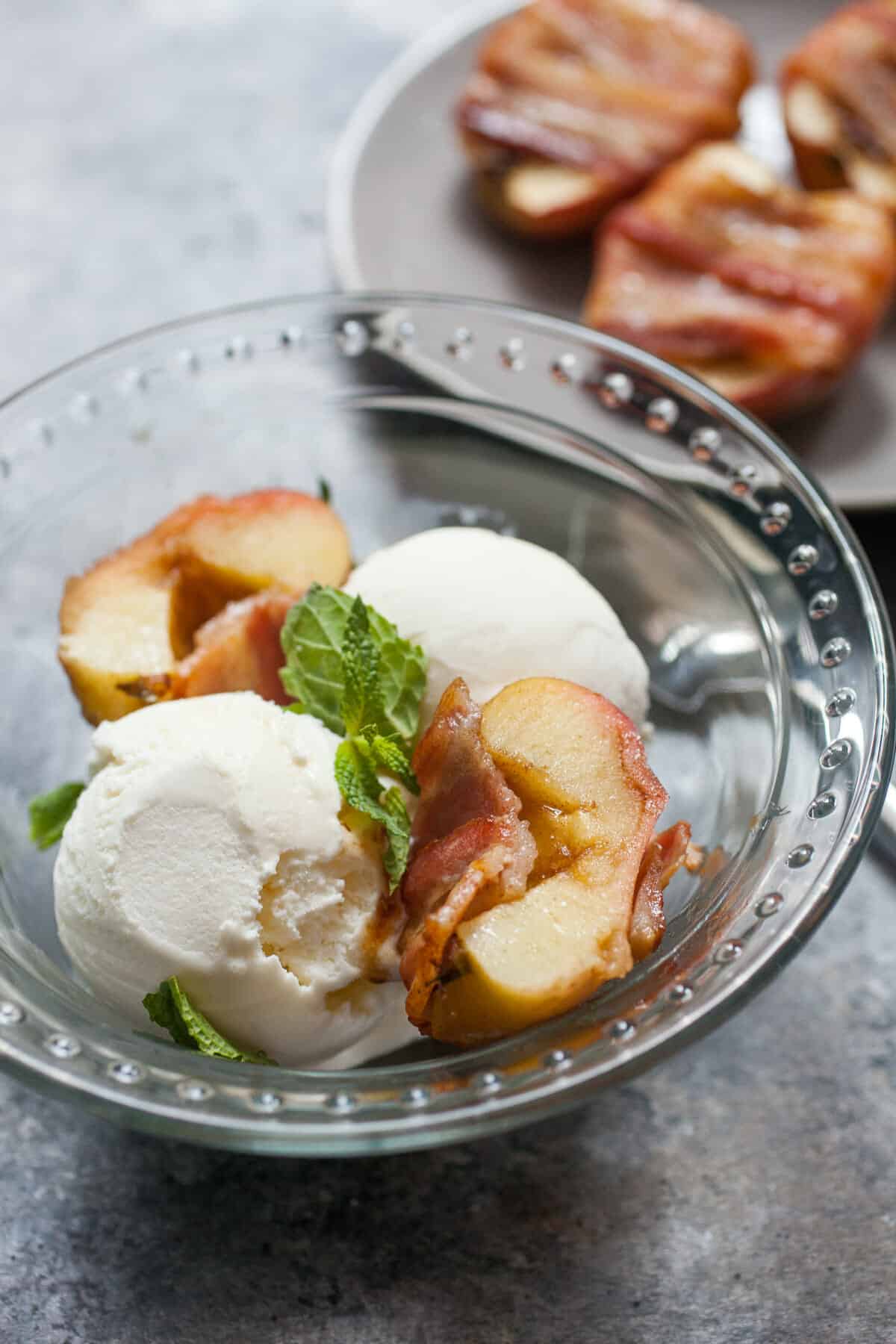