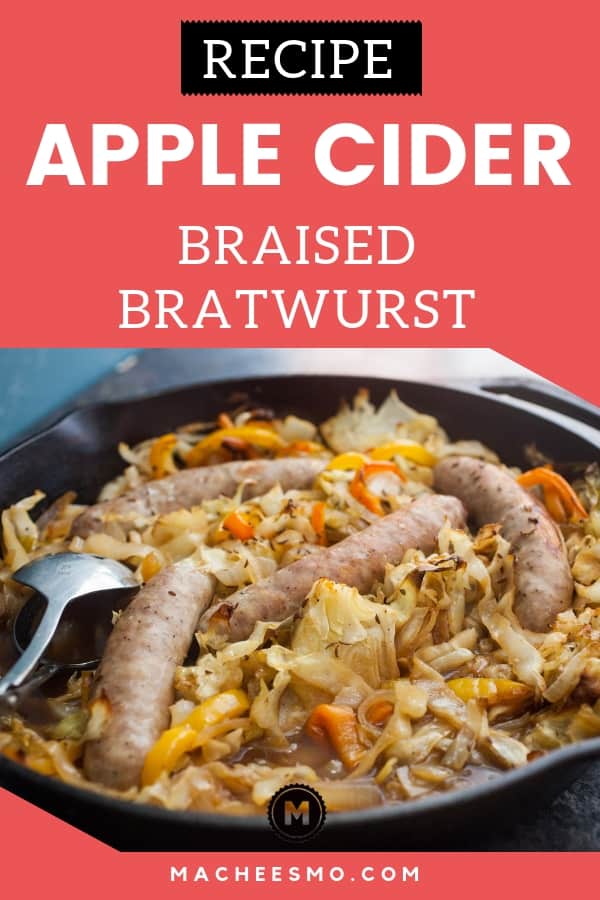 I usually think of bratwurst as a grilled thing, simmered gently in beer and then finished on a hot grill and served with mustard. That’s the bratwurst I love. But, this apple cider braised bratwurst is an entirely different dinner. I like it because it’s a pretty hands off dinner, actually. Once you get the stuff in the skillet and in the oven, it’s hard to screw up.

Usually you use a light beer to cook bratwurst, but I didn’t really want to braise this dish in beer. Just seemed like it might produce some bitter flavors once it cooked down. So I went with apple cider which worked better than I was expecting. The sauce that is left after the braise is sweet, but not overly sweet, and has a slightly tangy apple flavor which is nice.

I thought about adding some sliced apples to the braise as well, but I was worried they would get soggy. I think you could though if you wanted to.

This twist on braised bratwurst is a homey, comforting dish that I’ll definitely be making again before the season is over. It’s naturally gluten-free and even the kids liked it!

This easy braised bratwurst and cabbage dish uses apple cider which gives everything a beautiful sweetness and flavor of fall.

To start this dish, you need a big skillet of veggies. With the onion, pepper, and cabbage, it should completely fill your skillet. Don’t worry. It’ll cook down and make room for other stuff.

Season the veggies with a pinch of salt and pepper to start and cook them down for about 10 minutes over medium heat with a drizzle of olive oil. They might get some browning in some parts, and that’s okay. Stir them a few times to prevent burning. They should reduce by about half!

Then just kind of nestle the bratwurst in the cabbage mixture, wherever they fit, and pour in the apple cider.

I like a sprinkle of caraway seeds on mine, but you could skip that if you don’t have any handy.

This whole skillet goes in the oven, covered, at 350 degrees for 30 minutes. Then uncover it and cook for another 15-20 minutes to reduce the liquid and promote some browning. It’s done when the brats are cooked through and browned slightly and the cabbage is very tender. There should be a light sauce in the skillet as well that you can spoon over the dish as you serve it.

Serve this apple cider braised bratwurst with any starch: potatoes or bread are my favorite.

Pass it along if you know any brat fans! 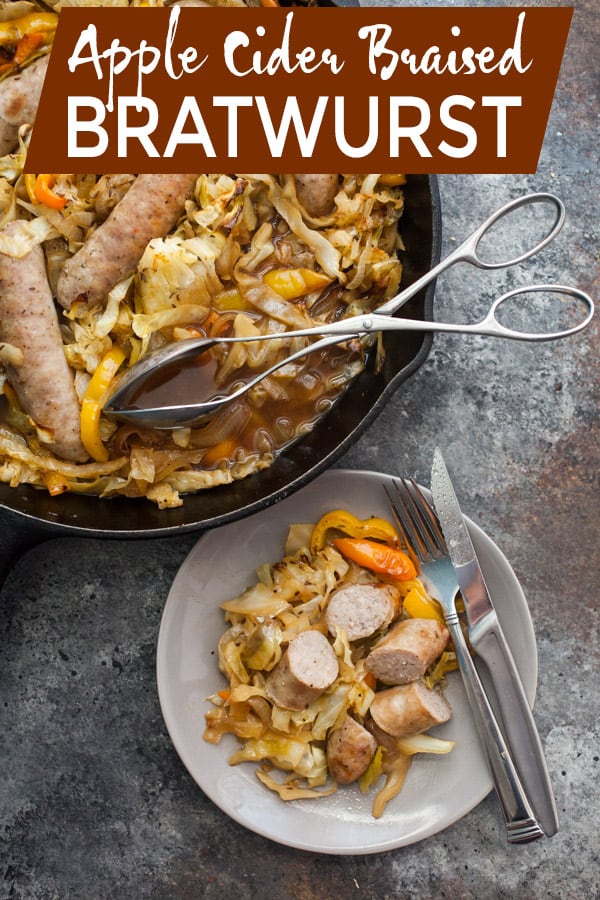