Snippets are a reoccurring series on Macheesmo that shows life from the point of view of my phone.

I’ve had plans for approximately the last 120 days to write a snippet post with some life updates and finally got around to it this week.

Our little dude Theo turned four months old this week and it’s crazy how much he has grown. I know that’s the most stereotypical thing that a parent could say, but seriously. He has more than doubled in weight since he was born and doing new fun things every day now. 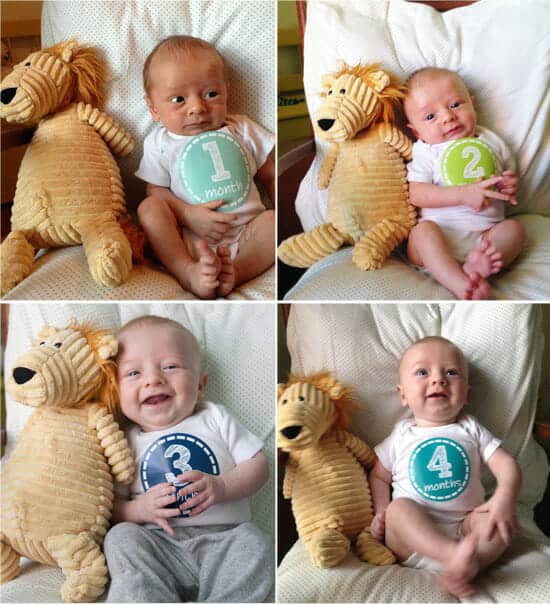 Month 3: Daddy is making a funny face at me and I’m wearing pants. Pants are funny.

Month 4: I dare you try to take a photo of me that isn’t blurry. It’s impossible.

We are solidly out of the “blob” phase of infancy though and into the fun phase. We make each other laugh everyday which is fairly easy at this point because fart noises are hilarious.

The Ministry of Silly Suits

It seems like Theo’s childhood can be indexed and remembered through a series of ridiculous outfits. 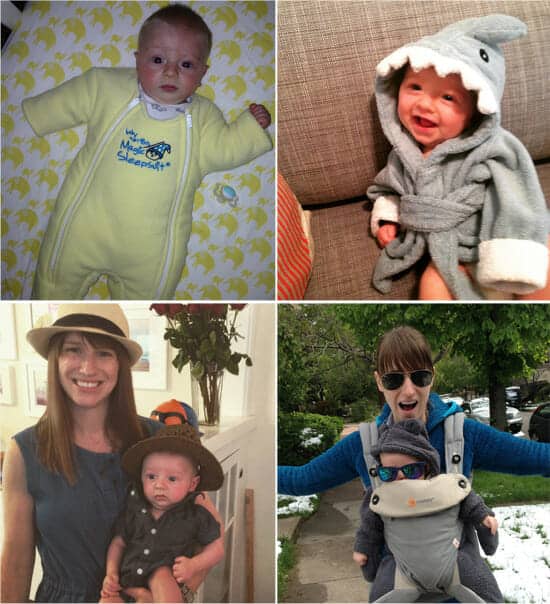 Let’s go through them.

The Magic Sleep Suit – This thing is ridiculous and straight out of infomercial land. It basically turns your child into a marshmallow. Theo went through a pretty rough sleep regression this last month and was waking up every few hours because HEY HANDS ARE AWESOME. This sleep suit thing helped him calm down and made naps possible again.

Shark Baths – In the last month or so Theo has gone from being just okay with baths to absolutely loving them. I wish I could post a video of how crazy he goes. He’s always a pretty happy camper when he gets to chill in his shark robe.

Party Time – They always say the first baby is the bar baby and that has definitely been true for Theo. We hit the town with the dude. He has been to breweries, bars, and parties and is always flexible and happy! Betsy dressed him up in some sort of matching Kentucky Derby gear which was pretty cute.

On the Go Bear – One of Theo’s cutest outfits was this fleece bear onesie thing. It looked so comfortable. I wanted an adult version. He was only able to wear it a few times during the winter, but then it randomly snowed last weekend so we got to bust it out for a chilly spring walk.

Okay. Enough of the baby updates. Parenthood is fun (mostly).

I was lucky enough to get invited to attend the Food Blogger Forum in late February. It was at Disney World which was fun. I hadn’t been there since I was very little. It’s hard to not catch a little of the magical bug while you are there.

The conference was so great and I got to meet some seriously inspirational bloggers including Todd and Diane aka photography wizards, the Pinch of Yum team, Lindsay and Bjork, Elise from Simply Recipes, Julie from The Little Kitchen, Jaden and Scott from Steamy Kitchen, and Lindsay and Taylor from Love and Olive Oil. In other words, kind of a who’s who of food bloggers.

Plus, my roommate at the conference, Nik from A Brown Table, told me his super secret photography method, which I can’t reproduce and won’t mention.

The conference was jam-packed with great information, good food and drinks, and generally fun people. If you are a food blogger or want to become one, I highly recommend it. You can sign up for reminders on the Food Blog Forum website. I believe this year’s conference sold out in like 90 seconds, so good luck! I’ll be there every chance I get though! 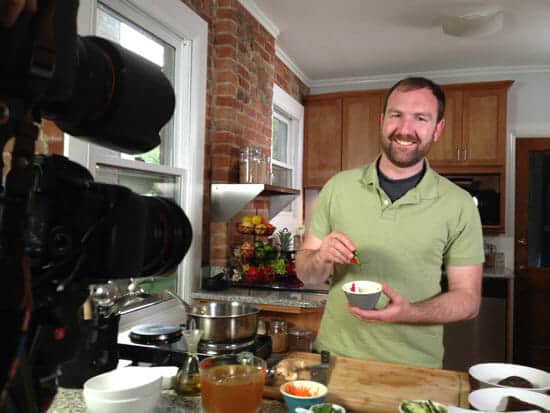 Last month I did a huge video shoot for a new series that will launch on the blog in the next few weeks. VIDEOS, people. VIDEOS. That means lots of awkward outtakes of me goofing.

I’ll write more about it when it actually launches, but the premise of each episode is that I chat with an actual reader to dig into their kitchen issues and tried to solve their problems with cooking tips and recipes! It’s turning out to be a really fun project and hopefully you like them!

That’s it for this Snippet!

Let’s all talk about the SHARK ROBE.

10 Responses to “A Fast Four Months” Leave a comment